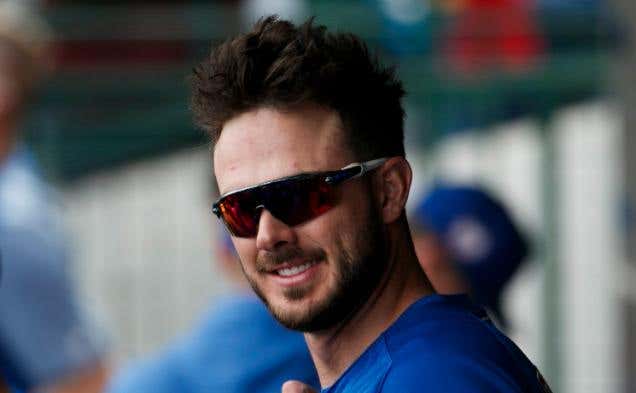 Kris Bryant appears to be BACK in a big way. First time out in Spring Training and….

I think maybe, just maybe, Kris Bryant got sick and fucking tired of being disrespected and is embracing the Bad Boy side that has been waiting to get out for probably his entire life. He’s been the good boy, the pretty boy, the injured boy, the boy with a bad hair cut. Now it seems like he’s ready to be a BADDDDDD mamma jamma on the field. Carl broke it down this week. It started with taking a little pot shot at the Cardinals and St Louis during the Cubs Convention. It’s continued this week with being surly in the press. I LOVE it. Kris Bryant is one of the very best hitters in baseball and people forgot it. One injured plagued season. One disappointing end to the season for the Cubs and all of sudden it’s like Kris Bryant is an after thought. That’s a baddddd thing for the National League and a bad thing for the big score board in left field.

As much as I believe in Kris Bryant the hitter, I am skeptical. I don’t think the bad boy gene can be turned on like a light switch. Eddie, Carl, and WSD disagree. I think it’s possible that he’s been hiding it all this time, but you either have it or you don’t. Either way, I think being pissed off is the best motivating factor for an athlete. Look at what it did to Jonathan Toews this year. If you don’t think he was motivated to prove the haters wrong after last season then you haven’t been paying attention. Kris Bryant is projected to hit 20 HRs this year and that is LAUGHABLE. I am going to hammer the over. I think he ends up at double that number and the Cubs will be right around 95 wins and the Division crown…again.