Today is election day in Chicago and we have a loaded episode for you, per usual.  In case you missed it, Eddie and Carl took over the Chicago mayoral scene this week by interviewing 6 of Chicago’s lead candidates for Chicago Dog Walk:

Now we don’t really do politics here at Barstool, but if you’re into hearing if the Mayoral candidates wear bathing suits in the shower or if they’ve ever gotten stuck on an elevator, we have a super cut of all 6 interviews in today’s show for you.  I had zero to do with it, but I promise you it’s laugh out loud funny.

Aside from that, we talked sports. Lots and lots of sports.  I’m still depressed over the Machado shit and am a MOUSE of a man.  But the Sox are keeping tabs on Harper and might just pounce.  But prolly not.  Regardless it was a shit week for the South Siders.  We have a post mortem on what was the last week for the White Sox where I wrap up by going batshit on the front office, Bruce Levine, Jon Jay, and others.

But was it a shit offseason for the Cubs?  Carl breaks that down as well.  Kris Bryant is in full on bad boy mode this offseason by telling St. Louis to fuck off and is going to be back in MVP form this year.  Theo Epstein, Jose Quintana and others go off on the Cubs’ 79-83 PECOTA projections as well.

And then we get to the Hawks and Cody Parkey.  Both are #DONE 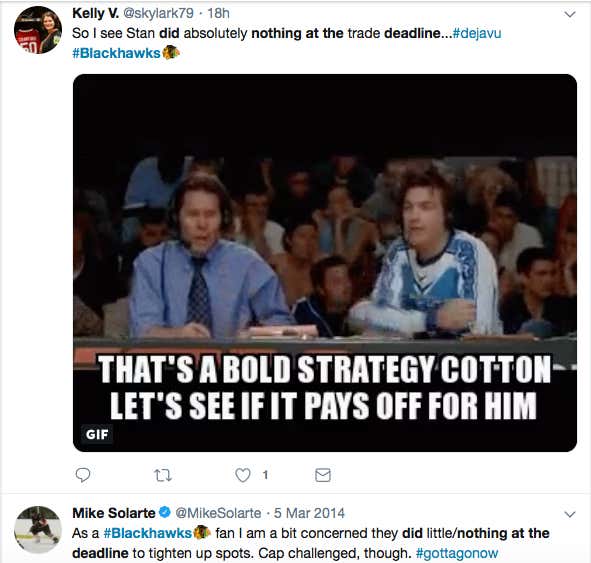 And leave a review calling me, your loyal White Sox blogger a mouse: