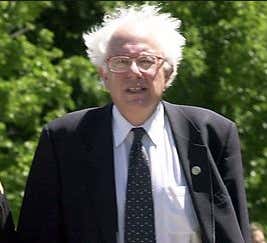 I hope America is ready to feel the Bern, because everyones favorite grumpy politician has declared he will be in-fact running for president, again… that’s right the 77 year old Senator from Vermont is back for seconds. If he wins the democratic nomination he will have to go head-to-head against DjTrump – which I imagine would play out a lot like a third Grumpy Old Men movie; a movie no one asked for, a movie no one wants.

Not Again, The Vatican.. 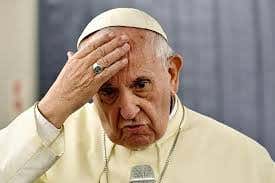 On Monday, the New York Times published an article about the “next big scandal” in the Catholic Church… and guess what, it’s all about the priests fucking the churchgoers again, but this time it’s about the secret children that they father when they do it – because while they believe in the holy trinity, unfortunately their faith does not extend to condoms.

Apparently priests fathering secret children, or “children of the ordained” as the church likes to call them, is so common that they have an “internal document” on how to deal with it.The priests have two choices:

Option 1: Leave the church and be a different kind of “father” to the child.

Option 2: Throw the little bastard in an orphanage and pretend he/she never happened. 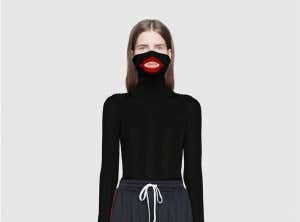 High Fashion racism seems to be in this SPRING, and why not, black face knit sweaters and sweatshirts with nooses-for-strings make a statement wherever you go, and that statement is that I have more money than brains and I will sue you if you touch me.

Gucci’s CEO Marco Bizarri made a trip to Harlem to apologize to the African-American community for the brand’s insensitive but sheik black face pull-over which retailed for the modest price of $890. (pictured above) 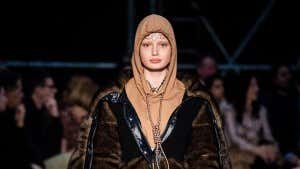 The ever trendy Burberry couldn’t let Gucci have all the fun – this year during London Fashion Week the brand unveiled their line of KKK Noose Hoodies. Creative Director Riccardo Tisci claimed the hoodies were “nautical themed”. Like that makes it better? Seafaring racists are some of the worst racists.

Oh yeah and a ton of other shit. Listen, subscribe, review.

You can get your very own Hard Factor Mug here: Barstool Sports Store