You know how you put athletes on a pedistal sometimes and then you hear something about them or actually meet them and you end up disappointed? Well that was NOT the case with Olin Kreutz(20:42). The guy SMASHED every expectaction and then some. He had this bad ass vibe about him. Everyone knows that’s the case. We get into some stories about the Bears locker room and fighting teammates. He was the alpha of those Bear teams. Peanut said it, Thomas Jones said it, and Brian Urlacher said it. He was the ultimate leader and warrior. Off the field and on the phone with four idiots from Chicago? He was the coolest Hawaiian guy ever. You just felt like you could grab a beer with him and hang out telling stories. Nicest guy in the world…unless you piss him off then he will break your face into a million pieces. Maholo, baby.

After Kreutz, we obvioulsy talked about the Nick Schmaltz trade, Hot Stove hypotheticals, but we accidentally went down a Notre Dame and Northwestern rabbit hole and I gotta say…I’m still mad at the guys. Nobody is giving the Irish a chance against Clemson, let alone Bama. I find that RIDICULOUS. Notre Dame has a legit shot at beating Clemson and yeah…Bama…idk. Bama is a juggernaut, but I don’t think we would see a repeat of 2012 for three specific reasons

1) Ian Book and Chip Long. The Irish offense is EXTREMELY effecient. Ian Book completed over 70% of his passes this year. Going into the USC game he was ranked 2nd in the country. Notre Dame is going to be able to stay on the field more so than they used because Book is pulling the strings.

2) The ND wide receivers(and Alize Mack) are so big and strong that they can win enough jump ball/big play scenarios to give the Irish a real chance.

3) It’s a real defense. The Irish have legit NFL players at every level of the defense. I don’t think we will see them get steamrolled again by Chance Warmack’s gut or have Eddie Lacy step on Teo’s chest 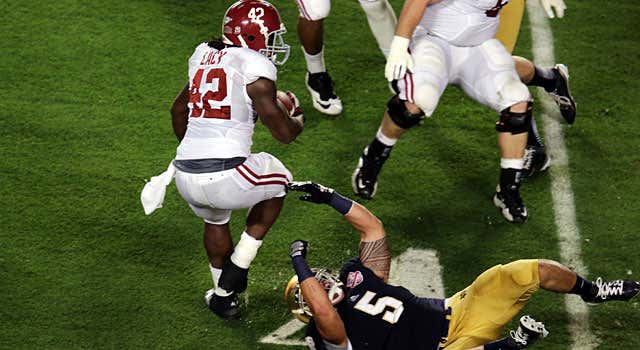 Do I think Notre Dame will win…no, but I don’t think they’ll get embarrassed either. The Irish can play some ball. It’s the best Notre Dame team of my life 1 through 85 and for the RLR boys to dismiss them and for Dente to go full Dente and say ND and Michigan are basically the same team is an insult to the Irish and the Faithful. I’m ready for the Playoff right now.