On this week’s episode of Comeback SZN, Miami Dolphins WR Danny Amendola joined yours truly and Erik Burkhardt to talk about his time as a Patriot, playing with Tom Brady, adjusting to Miami, his modeling career, partying at The Derby and much, much more. 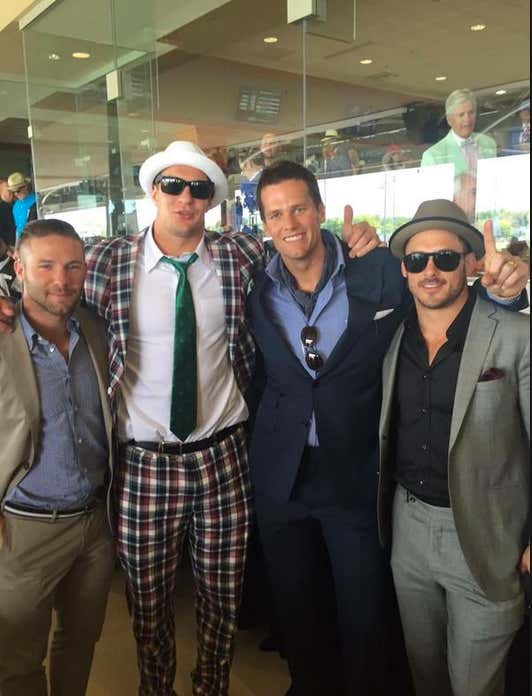 Plus, a pretty good story about when he found out that he was signing with the Patriots.

Here’s some of what to expect:

On the rumored turmoil in Foxboro last year…

“There’s not really much truth to [the rumors], to tell you the truth. There is always going to be some friction between a coach and a player in a business… some things are fair in this game/business. Some things aren’t fair. There’s a lot that goes into it. You’re a product to them. And in turn, knowing as a player for the organization that you have to do what’s best for your family and your body and your team.

Personally, I can’t speak for Tom or Bill. But I know that regardless of business – and I have mixed feelings of how business is done [in New England]- I know for a fact that Coach Belichick is one of the best coaches of all time. He has all of his players respect. I know Tom would say that same thing. I know Gronk would say the same thing, regardless of how they feel about their contracts or certain situation or whatever may be going down.”

On the Malcolm Butler benching in Super Bowl 52…

“I don’t know the answer to [why that happened] to this day… for whatever reason, he felt, you know, he’s the coach. I can’t make that decision. I can only do my job and focus on my job. But in hind sight, it’s like ‘really, what agenda are we on?’ It’s something that I will probably never really understand.”

On his favorite off the field memory as a Patriot…

“Shit, going to the [Kentucky] Derby every year after we won the Super Bowl with Tom [Brady] was fun… we’d gas up the jet and we’d get down there and four or five Louisville cops would pick us up. We could literally do whatever we wanted with cops by our side… of course, Gronk and Jules being there spicing shit up a bit. And when you’re with Brady, every head in the building turns. He changes the energy in any room. It’s fun. It’s adult fun.

“I went to the Derby twice and I don’t think I saw a horse one time. [Wes] Welker, one year, brought in a boombox… We created our own club vibe in there. Wes brought like $500,000 in fake $20s and $100 bills and stacked it up on the table and everybody thought it was real money… Another year, we had a karaoke machine. And this is like in the most distinguished area of the Derby. People are suited and booted… and we have a karaoke machine. Travis Tritt was there… and he sang ‘Sweet Home Alabama’. It was awesome. It was electric.”

Smash that play button, football fans. It’s a good one.