Hi haters™ (and a big hello to jogo bonito lovers),

Wait, what? Only four more games left in Puty’s World Cup?? Damn, this tournament is absolutely FLYING by. I suppose that reflects how incredible most of the games have been, with – aside from a handful of snoozers (Sweden/Switzerland comes to mind) – almost every game either being a helluva lot of fun to watch or at least being saved by the sphincter-clenching drama of a penalty shootout.

while Croatia/Russia had just about everything topped off by a pair of goals in extra time followed by a shootout.

In other words, a little something for the hardcore soccer fan and plenty of easily-consumable entertainment for the more casual fans. Can’t ask for much more than that.

But that is just a few surface level observations. Wanna to learn a little more about how we got here and what to expect going forward (including the predictions your wallet desires)?

Wellllllllllllllllllllllll buddy, you are in luck because the latest edition of PUTY’S WORLD CUP PODCAST just dropped featuring Daniel Katz (aka Gato Grande aka Messi’s Biggest Ball-Washer) as well as everybody’s favorite Europa League-loving duo Mikey Fowler and Zah joining little old me to review the quarterfinals and preview the semifinals. In other words, we discuss everything you need to know about the tournament and (literally) nothing you don’t. This is, after all, the only World Cup podcast officially sanctioned by Barstool SPORTS and unofficially authorized by President Puty himself. 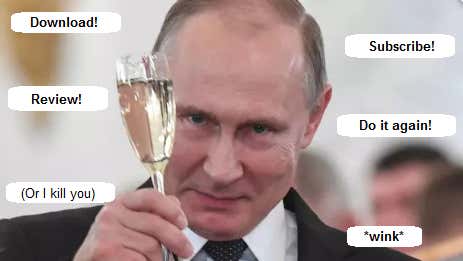