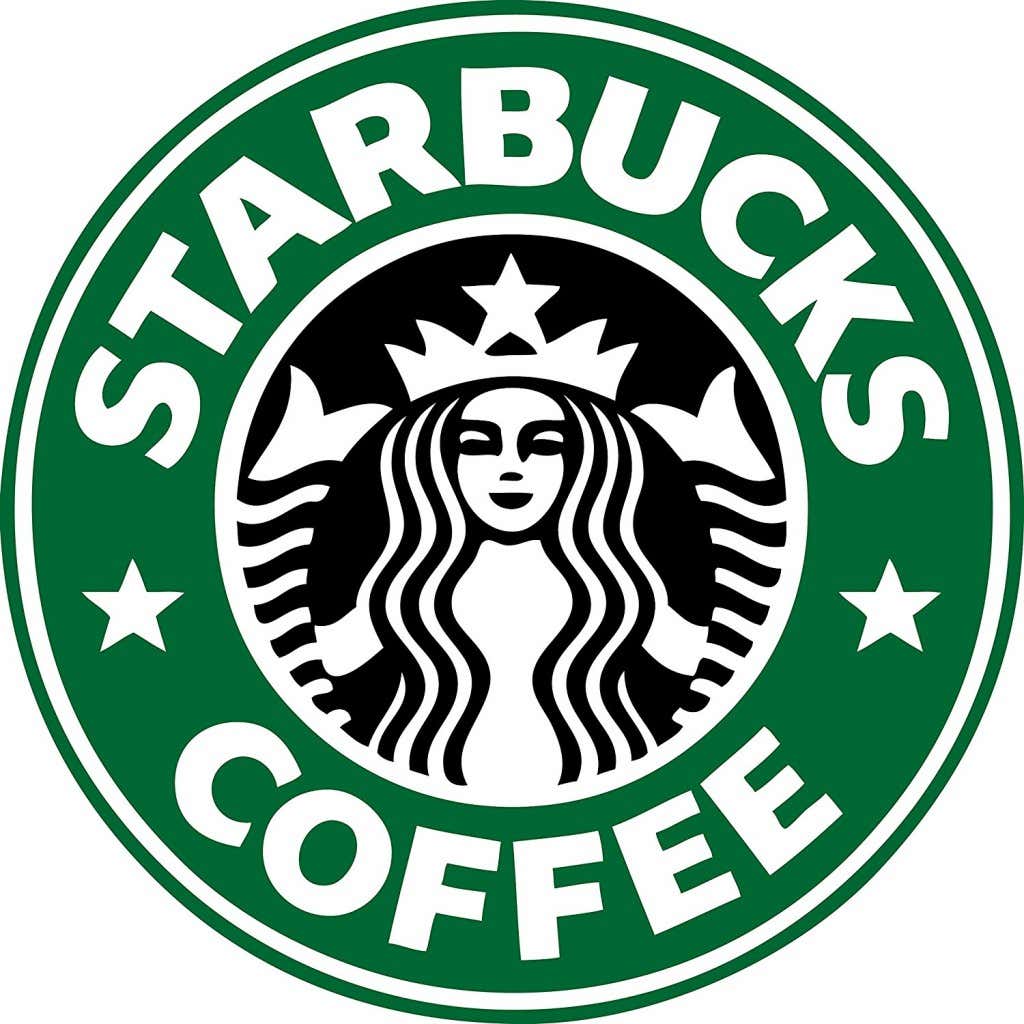 CNN- Starbucks bathrooms are now open to all — no purchase necessary. The company informed US employees on Friday that people can gather in their cafes and patios even if they don’t buy drinks, and that store bathrooms are available to everyone.

“Any person who enters our spaces, including patios, cafes and restrooms, regardless of whether they make a purchase, is considered a customer,” Starbucks said in an email to employees.

The policy change follows an uproar over the way two black men were treated at a Starbucks in Philadelphia last month. One of the men asked to use the bathroom, but an employee told him it was only for paying customers. When the pair then sat in the store without ordering anything, the manager called police, and the men were arrested for trespassing. No charges were filed. Starbucks later apologized to the men and said it will close 8,000 US stores on May 29 for racial bias training.

Look, I know Starbucks fucked up with that incident in Philly last month. They fucked up, got dragged on the internet, and survived to tell the tale of it all because they are fucking Starbucks. But there are overcorrections and then there is turning your coffee shops into homeless shelters. How do you think the people getting their latte with steamed soy milk stirred exactly three time will feel about their beloved ‘Bucks (that’s what they definitely call it) looking like a refugee camp? Even McDonald’s makes you at least buy a small fries before letting you in their shitty bathrooms. Buying something has long been the food industry’s version of the paper bag.

Now any time you walk into a Starbucks bathroom, there will be at least a 50% chance you have the under the boardwalk scene from Always Sunny playing out (linked and not embedded so I don’t ruin your Monday).

I don’t know what Starbucks’ catchphrase used to be, but it is clearly now “Give me your tired, your poor, Your huddled masses yearning to breathe free, The wretched refuse of your teeming shore.” That weird mermaid chick is pretty much the new Lady Liberty. 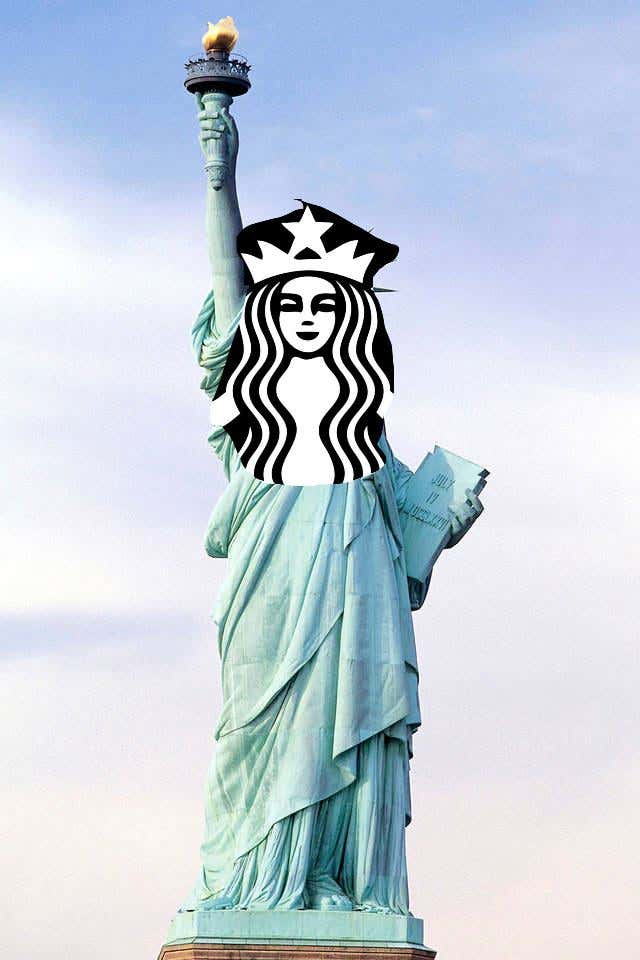 Poor ass bloggers looking to escape their parents basement but didn’t want to pay $4 for a large iced coffee just hit the jackpot. Especially dickheads with no shame like this guy. 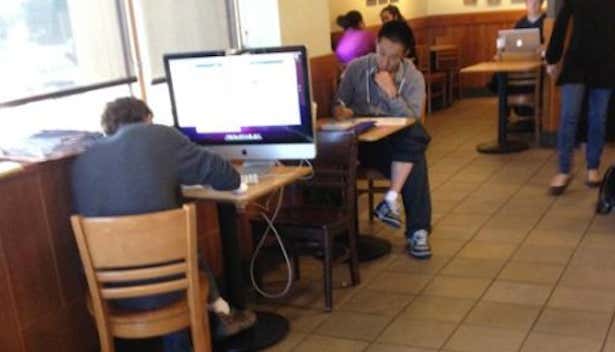 There are roughly 8 million Starbucks in the city, so there should be a warm, cozy homeless hotel with a big fat Vacancy light outside within walking distance for all of the people that are down on their luck. On the bright side, at least places like Penn Station and the subway just got a whole lot better. No more homeless people sleeping in the middle of the station or smelling like they died on your train. Starbucks’ home city of Seattle won’t even know what to do with all the extra sidewalk space now that their ridiculous homeless problem is now a Starbucks problem. If we want to keep looking at this glass half full, the chances of people going viral for doing crazy shit in Starbucks just went up a billion percent. Looks like us in the #content game are about to undergo a little bit of a boom.

And before people say I’m crazy for thinking this, let me present three blogs that prove I know what I am talking about.

I know you are probably saying “Well Clem, I’m sure Starbucks put some sort of policy in to protect themselves from all of this happening”. My response? 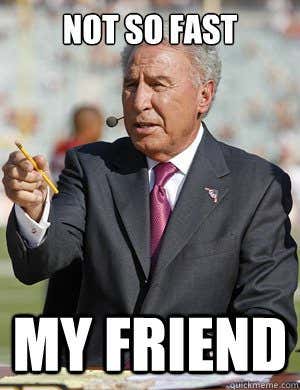 The revised Starbucks policy suggests a code of conduct for store visitors, who should use the spaces as intended, be considerate of others and act responsibly. It also directs employees to a procedure for dealing with customers that behave in a “disruptive manner,” including guidance on how to approach disruptive customers. Employees who witness a situation that “presents an immediate danger or threat to partner or customer safety” are still instructed to call 911.

Other than their smells and the occasional outbreak of yelling and/or violence, a sleeping homeless person is the most considerate person on the planet. Don’t touch their sleeping bag, milk crates, or 4,000 old newspapers and they won’t bother you. The drunk idiots that need a place to piss on any drinking holiday will know the Starbucks bathrooms are the quickest places to go. Shit, if you are just cold and tired during the never-ending winters of the Northeast, you can just grab a leather chair and cozy up next to the fire.

Me personally? I don’t care all that much. I have always been and always will be a Dunkin’ guy. In fact, I am officially submitting this blog for the 2019 GO2 awards for best blog because I’m still bitter that the trophy shelf I built for those awards is still empty. #VivaLaDunkin