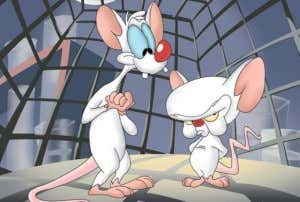 Scientific American – UCLA neuroscientists reported Monday that they have transferred a memory from one animal to another via injections of RNA, a startling result that challenges the widely held view of where and how memories are stored in the brain.

The finding from the lab of David Glanzman hints at the potential for new RNA-based treatments to one day restore lost memories and, if correct, could shake up the field of memory and learning.

“It’s pretty shocking,” said Dr. Todd Sacktor, a neurologist and memory researcher at SUNY Downstate Medical Center in Brooklyn, N.Y. “The big picture is we’re working out the basic alphabet of how memories are stored for the first time.” He was not involved in the research, which was published in eNeuro, the online journal of the Society for Neuroscience.

Say what you want about snails but if this turns out to be a real thing that can eventually be done to humans, we probably should start erecting some massive snail statues in D.C. in the near future. I’m trying to think of other ways to use the word “erect” now without losing the context of this blog, but it’s growing harder and harder. In conclusion, I digress.

It doesn’t seem like a big deal, but when the same scientist then extracted RNA (whatever the fuck that is, I think it’s in our brains though) from one of the electrocuted snails and injected it into the brain of another snail that hadn’t been electrocuted, the memory transferred too. I guess this guy’s theory was that memories are stored in RNA, which sounds confusing as hell if you’re not an amateur scientist like me. Well, turns out he was right, because the same innocent snails who had never known the trauma of being electrocuted began to tense up for extended periods of time after a gentle touch, as if they had been electrocuted EVEN THOUGH THEY NEVER HAD, basically proving that by transferring the RNA he also transferred the memory of being electrocuted and triggering a new response to the touching!

Let’s breathe for a second. Can you IMAGINE if scientists figure out how to do this for humans? The possibilities here are endless. There’s a lot of cool technology out there that the common man doesn’t even know about, let alone get to fuck around with, but eventually as science gets smarter and they get better at it, this could basically revolutionize the way humanity learns. Instead of going to school we can just take vitamins and pills that are low key implanting memories and knowledge into our brains. I think that’s how it works. We could just eat RNA pills filled with knowledge and memories of cool shit. You could eat a pill giving you the memory of witnessing the 1980 USA Olympic Hockey Team’s upset victory of the U.S.S.R. live in Lake Placid, or you could eat one that makes you think you jumped out of a plane without a parachute and survived, and just live your life swinging your hammer dick around as if it were true.

For the sake of conversation, let’s say there were to be an unlimited bank of memory/knowledge pills available to mankind, but each one of us only gets to eat 3 on our 21st birthday before you need to start paying the insanely expensive fee. You can pick from any memory/knowledge pill you want, but obviously there are rules and limits to whats available. It has to be a skill or memory specific to a single person, and although the memory comes with the future knowledge and skills needed to take that original memory/skill and expand on it, it DOES not give you the same brain as that person.

Me personally, I’m going with Elon Musk’s knowledge of electric cars and his Tesla brand, the martial arts prowess/combat knowledge of Shihan Kenneth Funakoshi, 9th Dan (look him up), and then I just want the memory of being the guy who put a bullet in Bin Laden’s brain.

I’ve thought about this for like 20 minutes and I think those 3 would give me the best skillset to pretty much take over the world. My Elon Musk pill would give me the knowledge to create some of the world’s most futuristic vehicles and expand on the technology in ways that would make me filthy rich and give me the opportunity to leave the world a better place than how I found it.

My karate pill would obviously just make my body, although not physically elite, one of the planet’s most deadly weapons. I’d know everything about karate in an instant, and be able to wreak havoc upon those who deserve my wrath. I could also be in movies and commercials and shit. Or I could win America’s Got Talent with my sick moves and get famous that way. Again, endless possibilities here.

Finally, I’m going with one memory because I felt like I was cheating my own hypothetical by just picking 3 specific skillsets. Living your life with the memory of putting a bullet in Bin Laden’s head has to be like drinking a Monster energy drink mixed with a Four Loko every hour of every day for the rest of your life. Like instead of making a protein shake with 5 Hour Energy and cocaine you can just close your eyes and think about it, and immediately get hit with a rush of testosterone and adrenaline so powerful that Lena Dunham won’t be able to sleep for a month.

So now I’m rich because I possess knowledge and inventiveness that only one of the richest dudes alive can match, I can literally walk around doing whatever I want because everyone knows me and also if you fuck with my I’ll karate chop your face quicker than you can say “Rush Hour 2″, and also I’m living my life with the memory of being the guy who killed one of humanity’s most hated figures. I’ve got confidence out the wazoo. I don’t see how anyone can stop me.