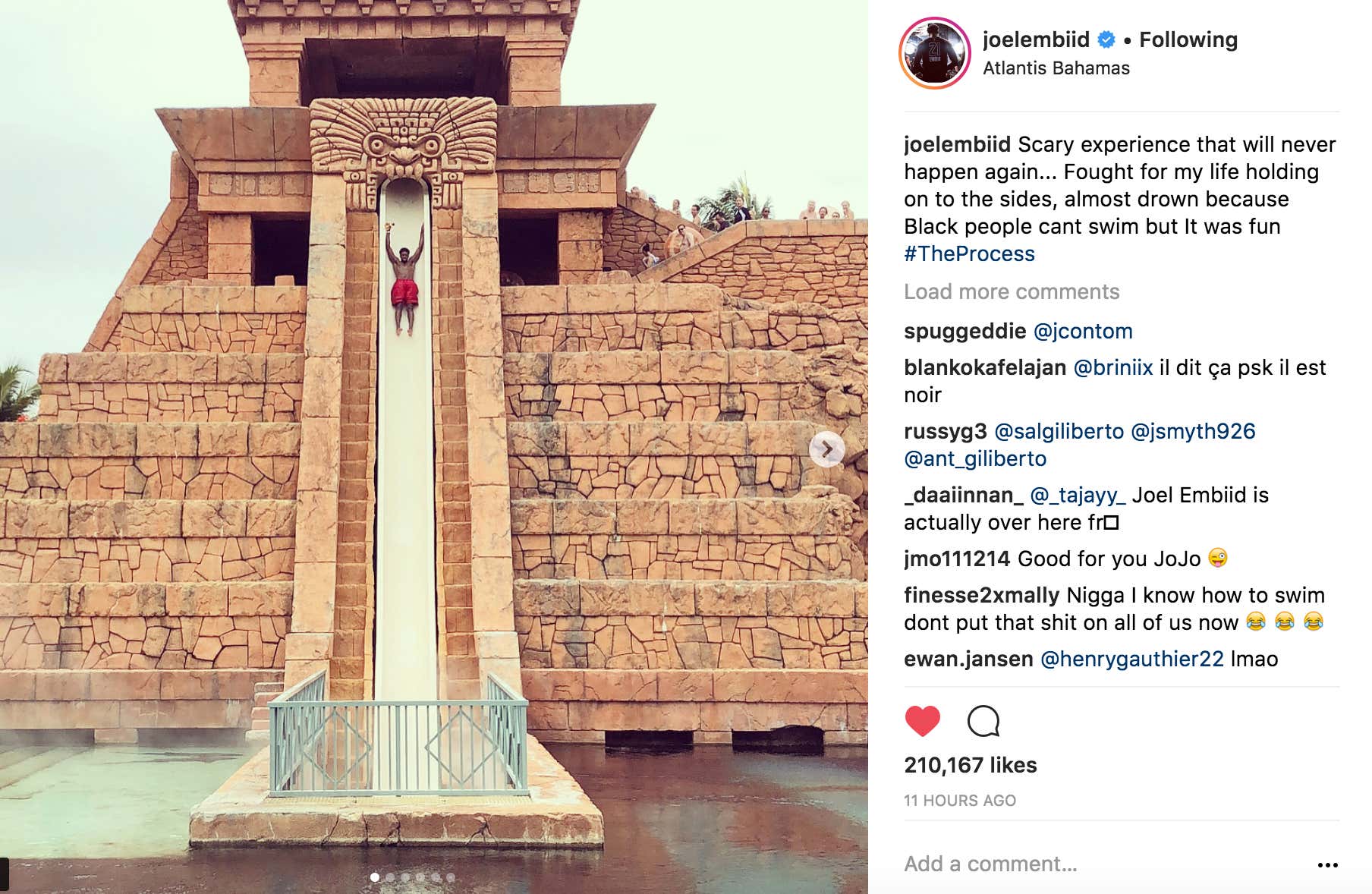 Again, his words. Hey, I don’t hate Joel Embiid being petrified of going down a wormhole where he can’t see the destination. For all he knows he could sink straight down to Davey Jones Locker. In fact, I’m against him doing any extracurricular activities in the off season that might inflict injury to him such as watersliding, walking, and breathing. Keep the big man in a bubble during his entire existence off the court and things will be just fine and dandy.

Let the JoJo eat abroad, but somebody better keep him off that foreign zipline tourist trap racquet that’s at every tropical vacation spot. The last thing we need is him pulling a Toby and fracturing his entire shit like this woman who goes down into the nothing. That abyss, swallowed her whole.