Locker rooms don’t always have the best reputations. They bring to mind fungus, old man balls swaying like ancient pendulums, looooooooong ‘ol boobs that have been around the block, unwanted-dirty-towel-booty-whippins’, musty smells & much worse. If you’re playing sports at the highest levels, this isn’t conducive to success; it’s hard to focus when you’re trying not to get pink eye.

That’s where one company is stepping up, and they’re on a mission to reinvent the locker room game. As featured on Fox Business:

Deep in the belly of gyms and stadiums, athletes, coaches, trainers, and even reporters spend a lot of time in these rooms. A better equipped space can do wonders for morale, and with all the media and their cameras, a good impression can go a long way for a sports organization. Hollman has a good understanding of this.

The lockers themselves have evolved from traditional metal boxes of decades past to state-of-the-art hubs with facial recognition technology, LED screens that outline daily training regimens, bacteria-resistant surfaces, ventilated storage boxes for drying sweaty gear, refrigerated drink holders and personal safes for players, among many other amenities. Hollman said the units are tailored to a team’s needs and allow coaching and training staffs to guide players.

Facial recognition on lockers? Safes? Wow. Maybe that will help cut down on thefts & give players better peace of mind, too.

Either way, it looks like teams, both large & small, are pretty happy with the results…

…and it made me wonder if they do locker rooms for more than just sports teams. 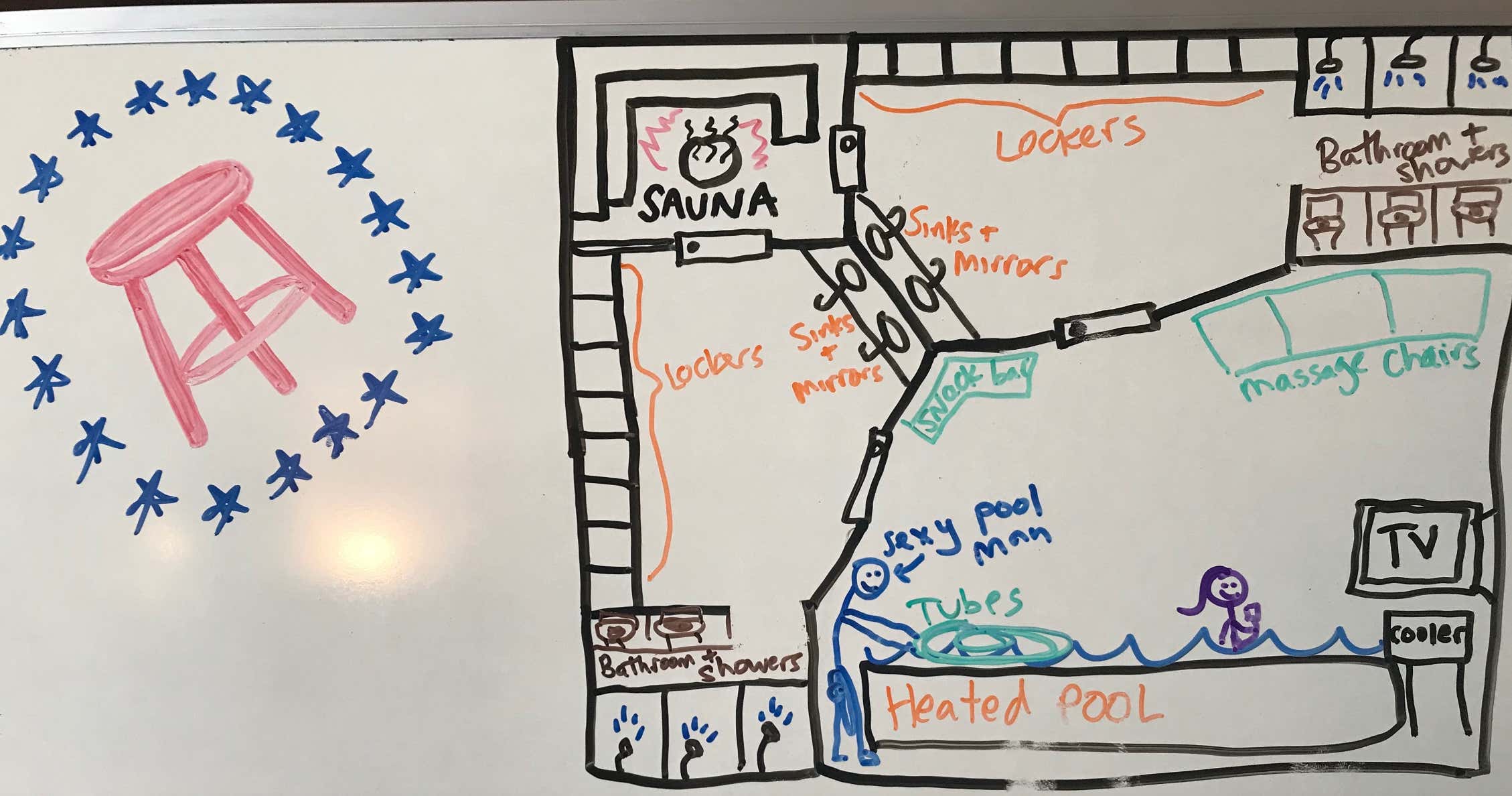 I know what you’re thinking, but no, I didn’t go to school for art or architecture. This is just a rough sketch I threw together after being up at the office yesterday. I thought it’d be great if we could get a locker room at Barstool since there’s a lot of commuters, visitors, and people putting in weird hours. Depending on who’s desk you sit at, you might need a shower after anyways.

Some people might not be ready for my vision, but I’m going bold. We’re talking saunas, seating, sinks and televisions. On the most extreme end, I’ve included a pool where we can use our SAFTB floats & enjoy the company of a sexy pool man with an enormous, wide, long, veiny pool net. Not pictured, a robot that would change out all the empty toilet paper rolls, and soothing hangover mist pods which I just invented in my mind right now.

As a side note, some other considerations for sports teams – you want a locker room that can be hosed down easily after a champagne celebration or slight blood splatter incident after an angry halftime speech gone wrong.