I was watching the Lightning-Capitals game out of the corner of my eye last night at a bar. I had just finished a big show, and I was celebrating with a bunch of friends and babes who wouldn’t leave me alone for even a second, so I couldn’t focus that much on the game. Also, I can’t be asked to care about hockey when everyone is congratulating me. Needless to say, a few people erupted when Alex Killorn scored the go-ahead, game-winning goal for the Lightning to even the series at 2-2. At first, I was peeved that they were distracting people from my accomplishment, but that soon turned to happiness because Alex Killorn is my friend. 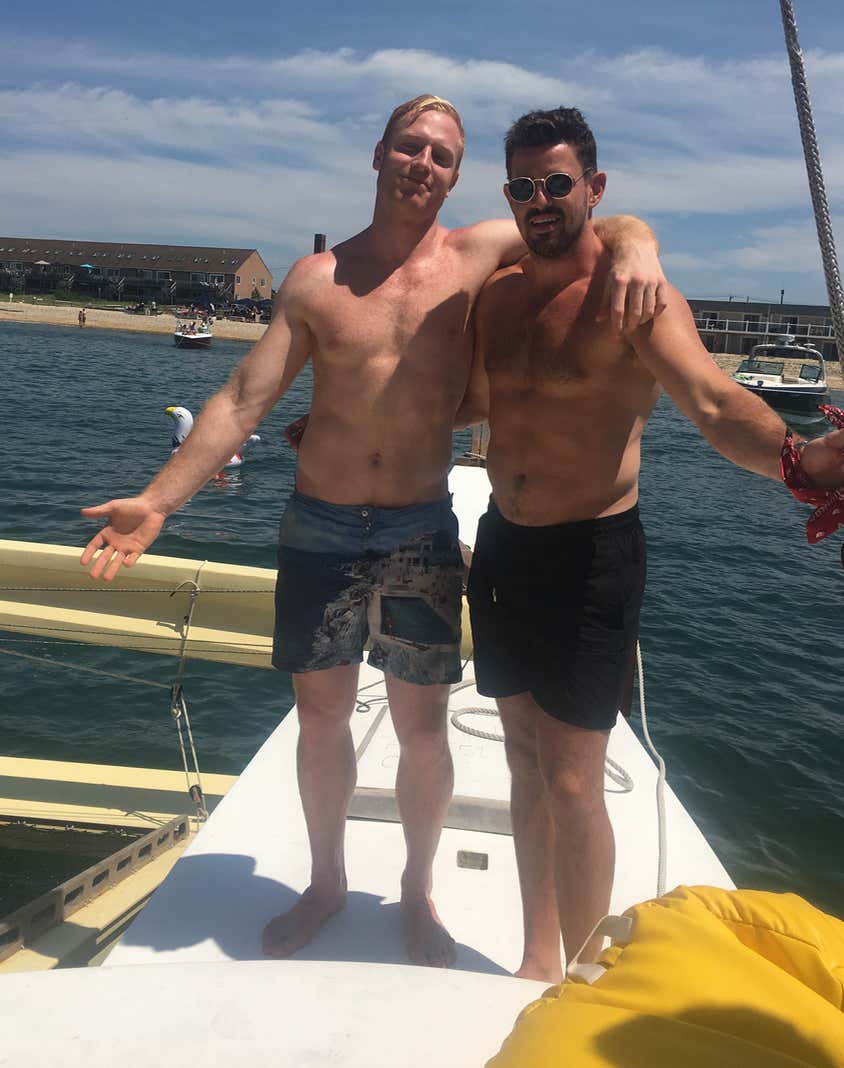 It all started at Harvard. Kill (as we, his friends, call him) was a grade below me, but we were in the same social club, so we spent a lot of time together. We would talk about our respective teams. Our careers were actually the inverse of the other’s: while Alex improved each year, ending with an incredible senior season, I was a standout my freshman year and grew increasingly worse as I got older. But everyone knows it’s important to start strong–you want to announce yourself in college as a total stud and then you can totally give up and enjoy the prestige you earned as a youngster, partying on the coattails of past accomplishments. Johnny Manziel nailed this approach. It’s sad that Kill got it so wrong.

But now he’s an absolute star in the NHL, and I couldn’t be less jealous because we’re really, really close friends. I see him at least once a year. I have his phone number. One time, he texted me asking if I would post a video of his friend’s goal celebration. I said I’d get back to him (I didn’t post it). I make a point to go see him play whenever Tampa Bay plays the Rangers at MSG. Here we are after one such game: 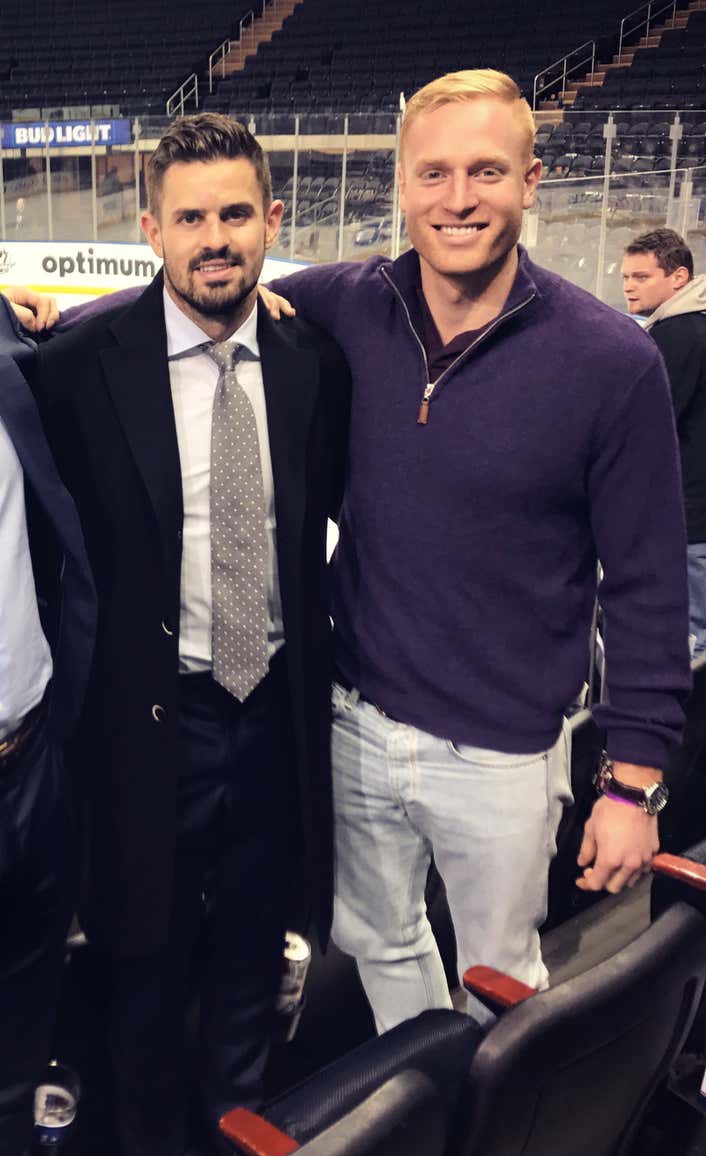 Under my watch, you can see the purple ribbon of the backstage pass bracelet. Kill hooked that up. Friends and family only. You’ll notice that I’m taller than he is. I tend not to point that out, because I don’t want to make him feel self-conscious. At the same time, whenever we talk to girls together, I elongate my spine and imperceptibly elevate my heels to accentuate my superior genetic gifts. In short order, whatever girls we’re talking to are staring up at my chin and staring down at Killorn’s forehead, wishing he didn’t smell like hockey pads and staph infections.

Anyway, proud of you Kill. Nice goal last night. You’re getting there, pal!

PS- we’re not like, that close. I’ll probably invite him to my wedding but I don’t expect him to invite me to his. He’s Canadian and they have small weddings.

PPPS- here’s a picture of me and Colin Jost, who looks like Alex Killorn. We’re friends too. But not really.

PPPPS- Colin went to Harvard too, like Killorn and me.