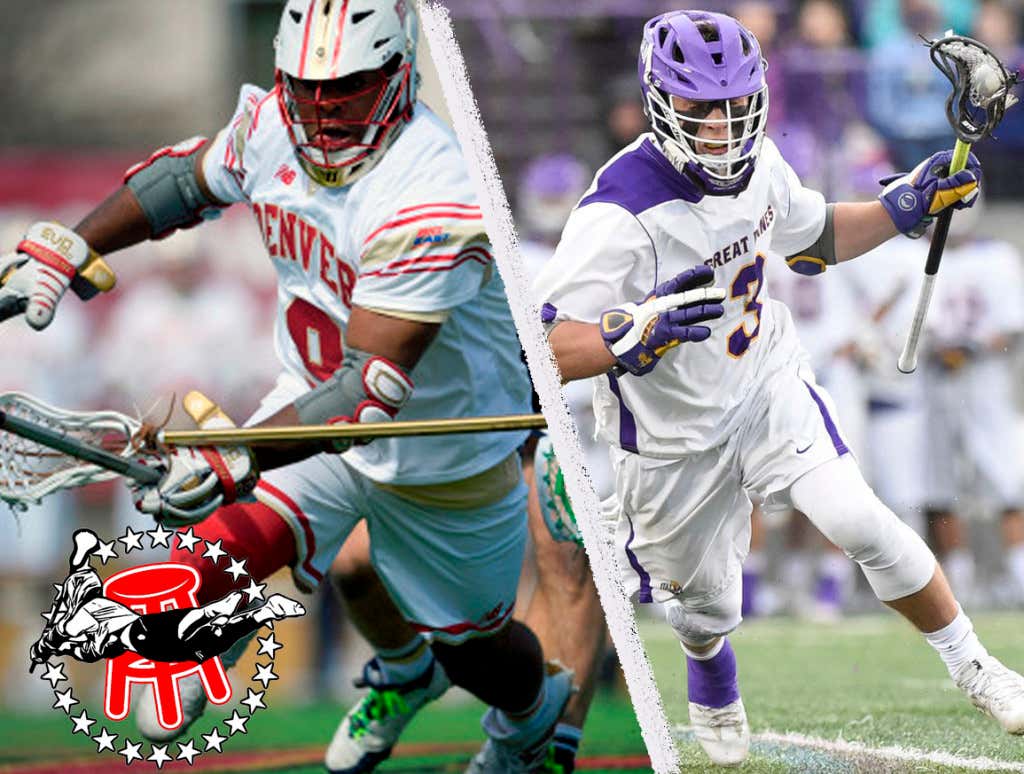 And then there were 8. It’s hard to believe that the 2018 College Lacrosse season is already down to its 2nd to last weekend of the year. But 3 months of the regular season, conference tournaments and the first round of the NCAA Tournament, we are now down to our final 7 games of the season. We’ve got 4 games coming up this weekend on Long Island and down in Annapolis. And after that, it’s off to Gillette for the final four on Memorial Day Weekend. We’ve got some LOADED matchups ahead of us this weekend and right now is when I truly start to feel sorry for people who don’t care about lacrosse. All 4 of these games have ridiculous matchups within the matchups themselves. We’ve got all 5 Tewaaraton Finalists left in the tournament. We’ve got the best 2 faceoff guys in the nation going up against each other. We’ve got a couple of blue blood programs looking to finally get themselves back the the Final Four. This weekend has it all and for anybody who is not watching, you’re a complete and total bozo.

As for this weeks’ episode of the podcast, things were a little different. Unfortunately Robby O wasn’t able to make it this week since his actual job had him busy all week. And then we were supposed to have Ben Reeves from Yale come on the show to talk about their quarterfinal matchup against Loyola but unfortunately he had to back out at the last minute before we were able to get anybody scheduled as a plan B. So it was just myself on a microphone for 36 minutes previewing the 4 quarterfinal games this weekend. I’ll be honest, it was a little awkward just talking to myself the whole time so keep that in mind while you’re listening.

If you’re not on iTunes, you can listen to the Quarterfinals Preview on SoundCloud right here 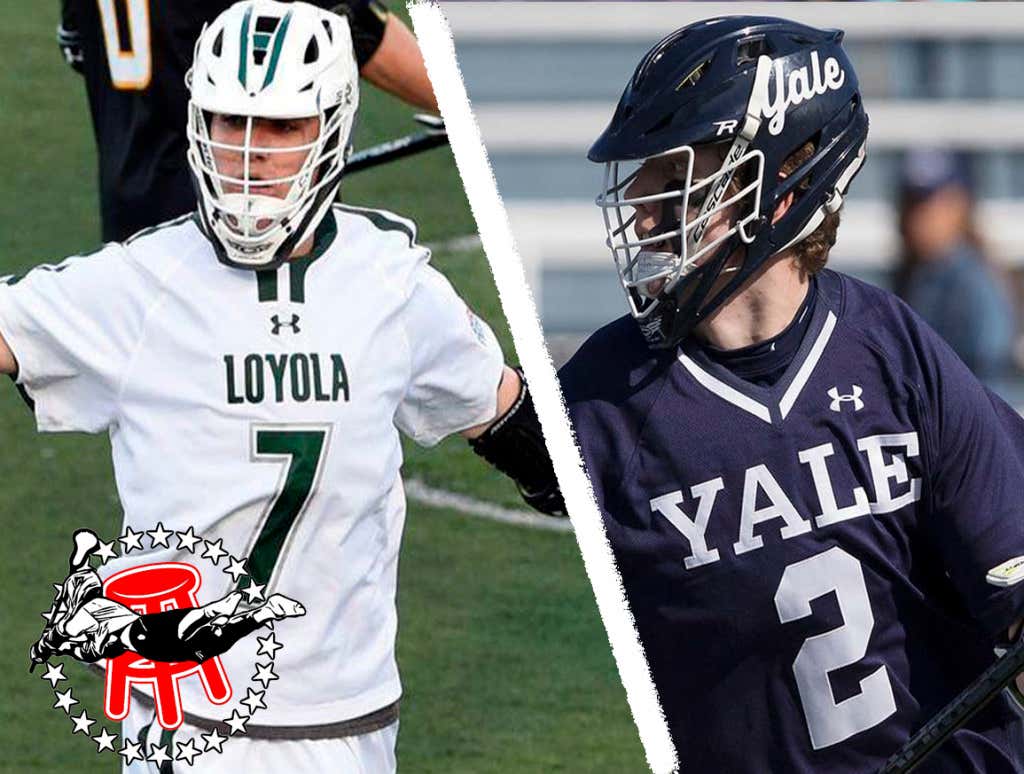 I’m going to try not to completely repeat everything that I said in the podcast but this matchup right here is essentially two teams just staring at each other in the mirror. Both of these teams are so similar and obviously it starts with the two Tewaaraton Finalists who will be going up against each other–Pat Spencer of Loyola and Ben Reeves of Yale. Both of these guys are similar in the sense that they are smarter than everybody else on the field and can do pretty much anything on the offensive side of the ball. They can beat you 1v1 to the cage. They can beat you as a feeder. They can beat you off ball. There’s really just no way you can confidently come up with a gameplan defensively to stop either of them.

Lucky for both of these teams, however, they both have 1st team All Americans on defense to at least help out. Loyola has senior Foster Huggins and Yale has freshman Chris Fake. Two 1st Team All American attackmen getting matched up against two 1st Team All American defensemen. You can’t ask for a better matchup here. You almost have to count that as a complete wash. So then what this game really comes down to are the complimentary players on both teams. For Loyola you have a couple of lefty beauties in Jay Drapeau and Kevin Lindley. Both of these guys are pure goal scorers as evidenced by their 60+ combined goals and only 10 combined assists on the year. Yale has Jackson Morrill who put up 7 goals against UMass last week, Jack Tigh and Matt Gaudet. All 3 of those guys have 30+ goals on the season so far. So Spencer and Reeves are both going to do what they can to open up space for those guys to operate. Then it comes down to what group of complimentary players can not only have the space to work with, but then also finish the ball.

My brain right now is telling me that Loyola is going to be that team so that’s my pick for this weekend. Loyola by 1.

Trevor Baptiste vs TD Ierlan. The GOAT vs the BOAT. This is the faceoff matchup that the lacrosse world has been dreaming of. Two of the best to ever do it. Both of these guys have been setting records this year. Both of these guys have had games this season when they’ve gone 100% at the faceoff X. 1st Team All American going up against 2nd Team All American and the only reason why they’re not both 1st teamers is because there is only one faceoff guy per team. Anybody who tells you that one of these guys is definitely going to get the better of the other is an absolute moron because there’s no way of knowing how this matchup is going to go down. Especially considering that both of these guys are so evenly matched that it’s really going to come down to wing play to determine who goes >50% and who goes <50%. My personal prediction is that Baptiste’s size is going to give him the advantage in this one and he’ll be able to maybe come out of this game at 55%. But this is the biggest 1v1 matchup of the weekend and I hate to be this guy but it could easily go either way.

So what’s going to be important in this game is whatever team ends up coming away winning the faceoff battle, that offense needs to take care of the ball, slow down their possessions a little and finish as many of them as they can with a goal. I know that everybody is excited to watch Baptiste vs Ierlan but the offenses in this game need to take the faceoff guys out of the equation. In order for Denver’s offense to be effective, they need Ethan Walker to continue being the smoothest shooter in the nation and they need Austin French to finish everything that comes his way. In order for Albany’s offense to be effective, I know that a ton of people are going to focus in on Connor Fields and Tehoka Nanticoke. But the biggest factor in my opinion is going to be a guy like Kyle McClancy. If you’re not drawing slides against this Denver defense, you’re going to be in for a long day. Considering Fields’ health concerns and the fact that Tehoka isn’t exactly the kind of dodger who just blows past his defender, you need to count on McClancy to be the one to get that defense rotating.

My brain says Denver wins this game. My heart says Albany. I think I ended the podcast with my official pick being the Dane Train so I’ll just keep it at that. 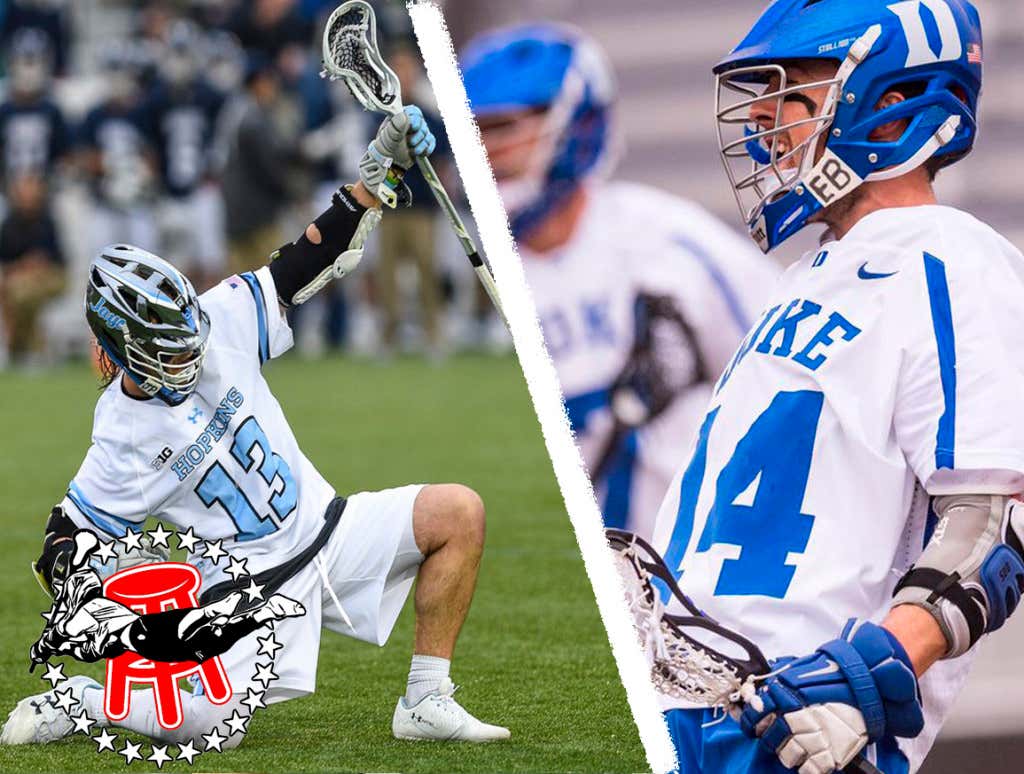 The Johns Hopkins Blue Jays are the streakiest team in the nation. And it’s not just from game to game. It’s from half to half and even quarter to quarter. This is a team who looked like they were dead against Georgetown in that first half and even halfway into that 3rd quarter. Then Kyle Marr erupted for 5 goals in the 4th quarter alone to send that game to overtime and it was Shack Stanwick delivering the game winner.

Hopkins relies on going on runs like that to win games. They also rely on the other teams not having the offensive firepower to stop them when they go on runs like that. Georgetown pretty much shutdown offensively when Kyle Marr was popping off in the 4th. But this Duke team? They’ve got killers all over the offensive side of the ball, led by Tewaaraton Finalist and recurring guest on The Crease Dive, Justin Guterding. I think that in order to beat this Duke team, you need to string together a full 4 quarter performance. And I just don’t know if this Hopkins team has that in them right now.

Duke wins this game but it’ll be a tight one. 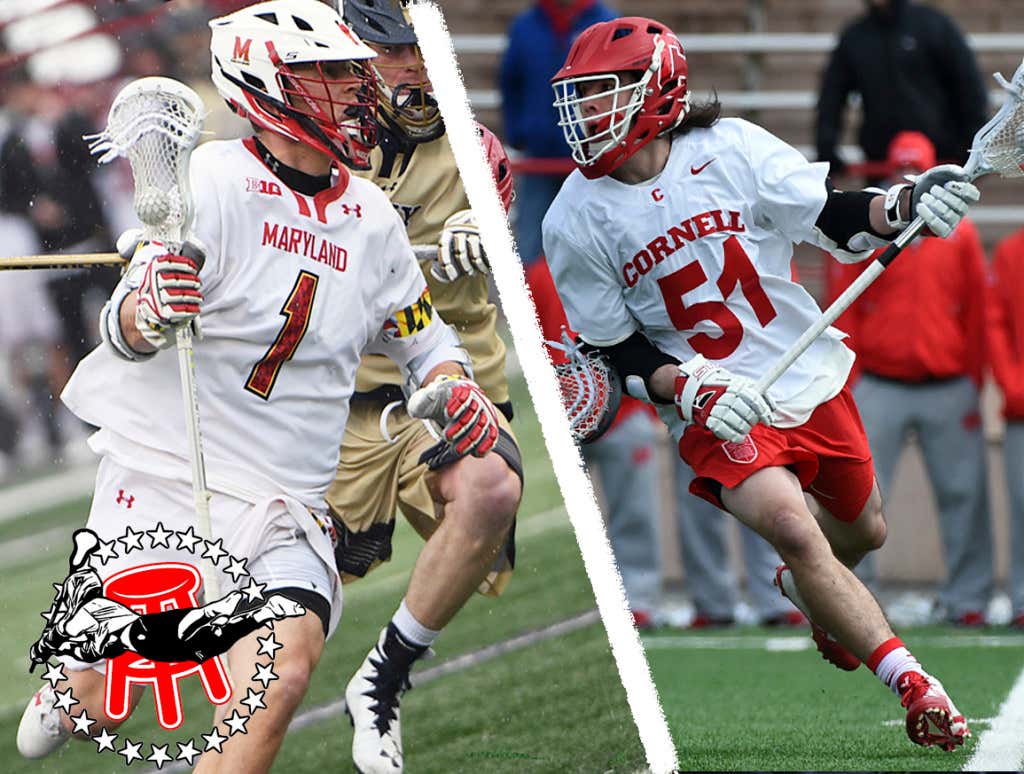 Maryland looked god awful in that first half against Robert Morris last weekend. The reigning champs and team that has been to MDW for the past 4 seasons was put on full upset alert by a 16-seed. But in the 2nd half of that game, they proved why they have been the most dominant program in the month of May over the last 4-5 years. But yeah, they’re definitely going to want to sure a few things up on the defensive side of the ball before they get this game going against Cornell on Sunday.

That was probably the most shocking thing about that game against Robert Morris. Maryland’s defense was getting absolutely shit pumped by the Colonials. It was mostly the SSDM’s taking the majority of the shit pumping but everybody could share a little bit of the blame for that 1st half. No slides when guys had a clear path straight to the goal. They’d slide when a dodger had zero angle to get anything going toward the goal. It was all just very bizarre. And now they’ll be going up against an offense that is led by 1st Team All American Jeff Teat at attack. 97 points on the year as a sophomore. The kid is an absolute animal and is going to be an eventual Tewaaraton winner. So now Maryland has a question to ask themselves. Do they just try to shut off Teat like Syracuse and Yale have tried? In both of those games, Cornell has come out on top since the rest of the cast on offense for the Big Red had more room to operate. So if they don’t shut him off, how can you expect to stop him from putting up 6-7 points when your defense looked like shit against Robert Morris?

Ultimately, though, it all comes back to Maryland being dominant in the month of May. 3/4 of the team have ended every season they’ve been at Maryland on Memorial Day Monday. The sophomores, juniors and seniors on this team have never not played in the last game of the season. The only group who hasn’t played on Memorial Day yet are the freshmen. So regardless of what Jeff Teat and that Cornell offense is able to do on Sunday, I just think that this Maryland team is too battle tested to let the game get out of hand. They’ve been in this game for the past 4 years in a row. They’ve won this game for the past 4 years in a row. The stage isn’t too big for them. This is just a standard game for the Terps. And when you’re led by a coach like John Tillman and a Tewaaraton Finalist like Connor Kelly, I see them having enough left in the tank to come away with a close win in this one.