It’s NBA Draft season, which means it’s scouting report SZN. Now, I saw this floating around last night and I was blown away. I mean who knew our good friend Pat McAfee had such a sweet shooting stroke. More importantly, with his plea to be signed as a free agent by the Cavs, I figured it was only possible with an official scouting report from yours truly. If Pat wants to make his dream come true he has to go through the same detailed report as others. Let’s get into it.

– Notice how he has the same step in to his shot. That’s something I really like from this free agent. Even the hitch is consistent. Watch the back foot as he steps in. There’s a little toe touch and then drag of the foot. While that takes away some of the release time, there’s consistency. That plays.

–  It doesn’t come as a surprise but he has good balance with his legs. Look at the form here: 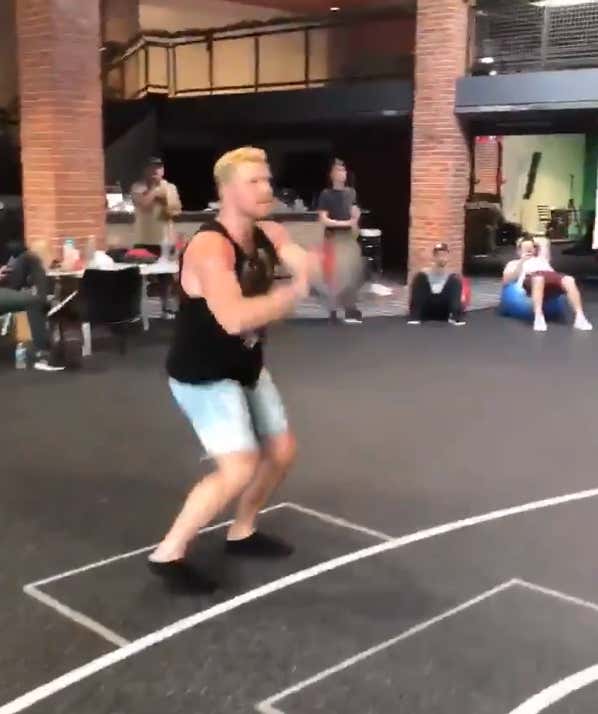 Feet are the correct distance apart, despite not wearing shoes. Eyes already on the basket as he’s getting into his shot. Not a super low shot, which helps with the release. All in all pretty solid balance with the lower legs.

– Elbow stays in. You can tell Pat has heard all about BEEF before and really lives that form on the court. Elbow placement is in the same spot on every shot. Rare to see that sort of consistency from a free agent.

– Seemed a bit out of breath after just 5 shots. How will he be able to get up and down the court if that’s the case?

– Doesn’t like to wear shoes or basketball shorts. Not sure if the Cavs would be able to get him on the floor without a technical due to improper attire.

Overall: Listen, I think McAfee could help the Cavs here. I mean we’ve seen weirder things happen like Air Bud and The Sixth Man. Sure, he might not be able to play defense. Sure, he may be winded about 45 seconds on the court. But, look at that shot. Put him in the corner, let LeBron cook and then let McAfee be the goon to pick up some hard fouls. He could absolutely bait Smart of Morris into a technical or two. Better than JR Smith in Game 2.