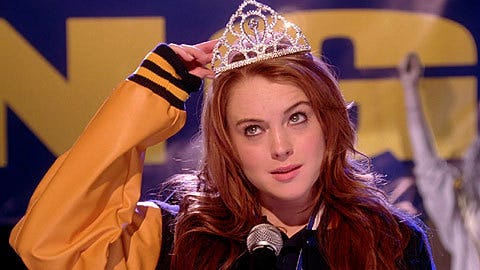 Source – There will be no senior prom for Bridgewater-Raynham Regional High students in 2019. The traditional rite of passage for seniors will be replaced with something called “Senior Sail,” a Boston Harbor cruise, which will be semi-formal instead of formal like the prom is.

One of the reasons for the decision, according to Principal Angela Watson, is because proms are so expensive for the students and their families.

Another reason she cited is safety, if the kids are all on a boat they can’t leave without being noticed, like they maybe could at a function hall. …

Watson says she can assure the kids will have a good time on “Senior Sail” saying, “We’re putting students on a yacht, in Boston, it’s going to be absolutely gorgeous.”

When kids get back from the boat trip, they will immediately go into their “Senior Lock-In.” That’s when kids all stay locked in at school with chaperones so no one is driving until the next morning.

For those of you who aren’t from Massachusetts, so you wouldn’t know, Bridgewater and Raynham are two large, middle class suburbs of Boston. They’re not impoverished towns with large populations of urban poor or rural folk struggling to put food on the table. You know, those lower economic classes who manage to send their kids to prom anyway. No thanks to meddlesome, over-thinking, self-righteous crusaders who put their need to appear … concerned … ahead of simply letting the poor unfortunates have a fun night out. People like Principal Angela Watson.

Talk about solving a problem that does not exist. Please show me these families sitting around the kitchen table, meager scraps on their dinner plates, clothed in rags, the house lit by candles because they can’t pay the bills, forced to make a choice between feeding the kids next month or sending Becca to prom. Somehow America managed to keep the tradition of proms alive through the Great Depression and rationing during two World Wars. But today, in a world of Unlimited Family Plan cell phone deals, Platinum Package cable bills and Rewards Point credit cards, somehow the only thing keeping your family from living in a tent in the woods and eating out of the Bridgewater State University cafeteria dumpster is the “Senior Sail.”

Here’s why I can’t relate to so many people in my general age range. (I’m praying Angela Watson is way older than me, but this is just by way of discussion.) I’m blessed with and cursed by a good memory in the way so few people seem to be. It’s like they were never 18 years old. Like they haven’t been enjoying the memory of an unforgettable night their whole adult lives. Wearing formalwear for the first time. Hanging out with your friends and their dates. Hell, hanging out with kids you never really hung with or even liked, just because everyone’s in that mood and you’ll never have to put up with them again. I don’t even know what it cost because it doesn’t matter. Whatever it was, it was worth it because you only get to do it once. And there is not one administrator, teacher or parent in that school system who wishes instead that they had bagged it, saved their money and went on a fucking harbor cruise. Not one. Not even Principal Buzzkill here.

Besides, you know when you can take a boat through Boston Harbor? Any goddamned day for the rest of your life. I think a round trip commuter boat ticket is like 12 bucks. But sure, why not deprive these kids of one of the most memorable time in everyone’s life for a trip that people who work downtown take every morning of their ordinary lives? Because historically speaking, what has ever ended up being more fun that being trapped on a boat for a long time and then locked up? Make that “Locked-In”? Sounds like a real blast. It’s bullshit like this that makes me long for the days when the Weymouth PD would simply tow a smashed up car to the end of our school driveway with the words “PROM NIGHT” spray painted on it. That message got through loud and clear without forcing anyone to settle for a trip aboard the S.S. Boring. I weep for our future.