LeBrundrum (noun): Lebron’s impossible task of having to win a 4th championship.

LeBrundrum #1: How can I drag 14 teammates up and down the floor? 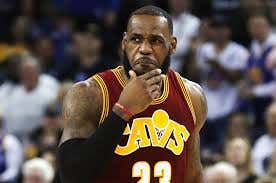 What in the hell can LeBron do right now to reach his 9th NBA Finals? He is currently averaging 33.4/9.2/9.2 while shooting 54% from the field. MJ never put up all around numbers like LeBron has this post season, because he didn’t HAVE too. Indulge me briefly:

He has had an all time great post season, which includes 2 buzzer beaters in 13 games (MJ only had 3 postseason buzzer beaters in his career). It took him 7 games to defeat a solid Pacers squad. He currently has a warrant out for his arrest for 18 counts of manslaughter in Toronto (that includes Drizzy Drake).

Now, he is down 0-2 to a Celtics team without 2 of their best players. In Game 2 against the Celtics, the Cavs shot 28-45(62%) when LeBron either shoots the ball or makes a pass that results in an immediate shot attempt. When a Cavaliers’ player shot the ball on a play that did not involve LeBron, they shot 9-35(26%). Outside of LeBron and Kevin Love, the rest of the Cavs scored 30 total points on 32 shots attempts. So I ask again, what the hell else is he supposed to do?

LeBrundrum #2: Even if my teammates do decide to show up I’m still screwed. 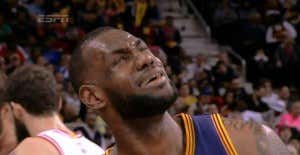 Even if he does miraculously come back to beat the Celtics in this series (if you’re a Bulls fan you know that is not out of the realm of possibility at all), how in the flying f*&k is he supposed to even come close to competing against the Warriors?

I can confidently say there is a 0% chance LeBron can have the stamina and energy to beat Steph, KD, Klay, and Draymond even if he advances to the Finals. He played all 82 regular season games this year and has played 41 minutes per game so far this postseason. He is in his 15th NBA season; it’s not humanly possible for him to win a championship with so many minutes played under his belt. I’d rather see a young Celtics team advance to the Finals because MAYBE they could win a game or 2 and give us something to look forward to.

This is a necessary tangent paragraph for me to reiterate: F*&K Kevin Durant for going to the Warriors. How cool would it be to see the Celtics beat LeBron without Kyrie and then go on to win the NBA championship? It’d be a story we’ve never seen before in professional basketball. BUTTT NOOOOO, KD being a coward and joining a 73-9 team takes away those kinds of story lines that we desire as sports fans. So yeah, F*&K KD.

LeBrundrum #3: Having to burn my hometown again on my quest in winning a 4th title. 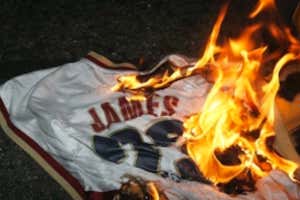 He absolutely has to leave Cleveland again if he ever wants to win more than 3 championships, right? We all remember the criticism he received the first time he left his hometown, and he will probably have to do it again if he wants to end his career on a positive note. What else is he supposed to do? He is receiving next to no help from his teammates. He may as well be playing on the Orlando Magic right now.

If he stays, he has to worry about the Celtics, who are going to be even better next season. If he joins another team like Philly or Houston, he would still have to beat the unbeatable Warriors. He would be crucified for leaving his home town again in an attempt to win another championship.

He is in the ultimate lose-lose situation. He can join any team he wants and still not be able to beat a Warriors team with the 3 best outside shooters in the world. It’s impossible to guard in a 7 game series.

LeBron has only himself to blame for these LeBrundrums, he is the one that opened up Pandora’s box. And then KD picked that box up and slammed it right down on top of his receding hairline. 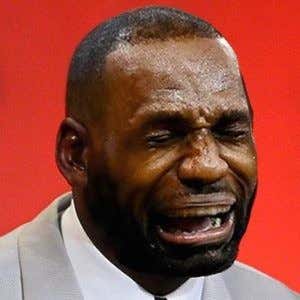 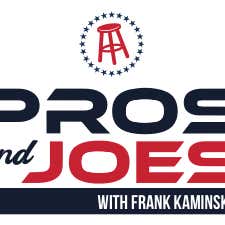