Link to video if Streamable still isn’t working on the site.

Over the weekend, New Castle took to the pitch to play against Chelsea in a little EPL action. It’s kind of a tough time to keep up with soccer right now considering most people are focused on the two most popular tournaments in the world right now–the Stanley Cup Playoffs and the NCAA Men’s DI Lacrosse Tournament. So if you didn’t get a chance to watch New Castle vs Chelsea live, it’s very understandable. What you missed, however, was New Castle’s Jamaal Lascelles taking a ball directly to the dick and balls. We’re not talking upper thigh area or anything like that. We’re talking a square shot to the penis and testicles. Not great!

I know that a “good person” will do everything in their capability to hold back laughter when they witness somebody take a shot to the nuts like that. But that goes against every basic instinct of human nature so those people who try not to laugh are actual psychopaths. This is pretty much the standard face you make whenever somebody takes one to the nads. 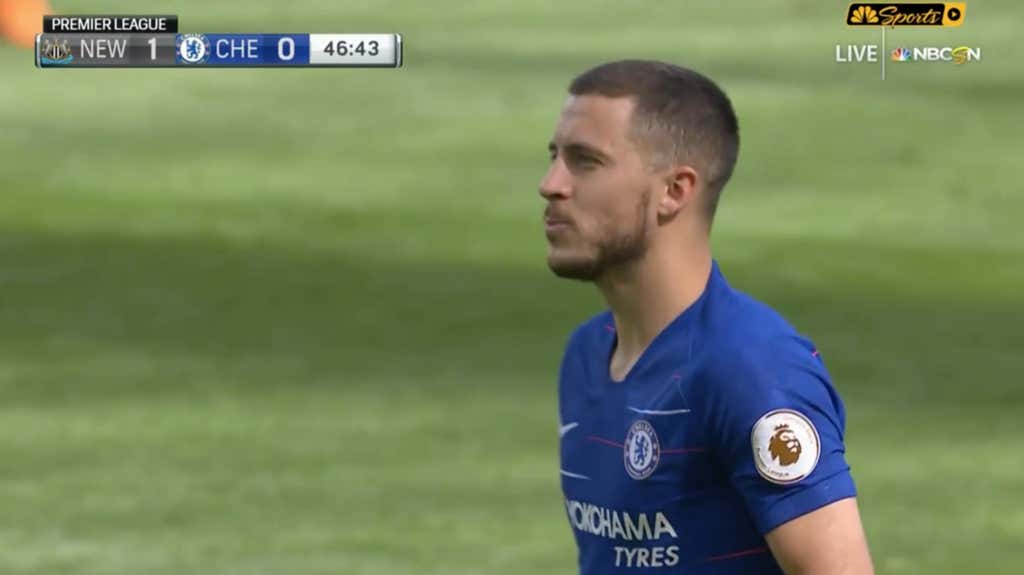 You’re trying so hard to contain the smile but you can’t hide the fact that it brought you at least a little bit of joy. You know the exact pain that person is going through and you’re just so thankful that it wasn’t you this time.

And you see, that’s the thing with somebody getting hit in the nuts. It happens to absolutely everybody. Or at least everybody who has those reproductive organs. So since it happens to everybody from time to time, you should be allowed to laugh at that. If it is a shared, common experience amongst the majority of humans, then it should be fair game to laugh at. Like you can’t go around laughing at people for getting Tuberculosis because it doesn’t happen to everybody. And if you’ve never had to deal with Tuberculosis then it would seem pretty fucked up for you to laugh at somebody who is. But taking a shot to the dick? It’s absolutely hilarious as long as it didn’t just happen to you. And because there is a 100% chance that you’ve been hit in the balls before and there is a 100% chance that you will get hit in the balls again at some point in life, you should be allowed to let a few giggles loose without people saying you’re an asshole. I’m not saying you should stand over the guy, point at him and laugh hysterically. But it’s funny and you should be allowed to laugh at it. Just as long as you’re under the agreement that people are going to laugh at you the next time that you get hit in the balls.