In the words of Ron Burgundy:

I’m going to assume that this guy was either drunk or high or both. Slapping a girl’s ass in front of her boyfriend is an absolutely reckless move. It doesn’t matter if you have thirty of your friends there to back you up, you’re going to get the shit kicked out of you. Numbers don’t matter when your loved ones are under attack. There’s a primal instinct that takes over. That’s why he started things off with a kick to the nuts; the single most disrespectful move in a fight. He was trying to set the tone early by saying he was willing to risk it all to defend his girlfriend. It’s tough to tell from the screen grab, but he didn’t do the traditional punt, he wound up like a police officer busting open the door to a crack house and lead with his heel (00:15). 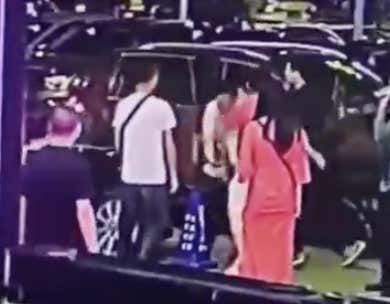 King Leonidas would be proud. After that it was pretty much a free for all. A surprisingly well documented one at that. The security cameras were able to follow the action from the initial point of impact all the way to when the guy was getting his face kicked in for the tenth time in front of the restaurant. 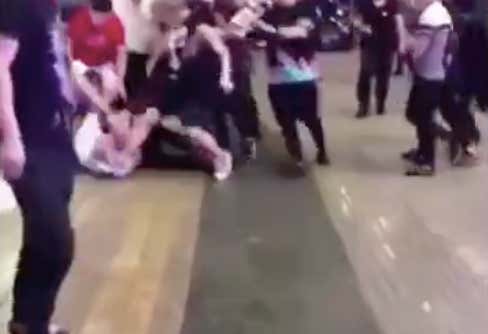 I’ve always wondered how I would fare in a group fight setting. I feel like I have enough length to do okay in a one-on-one situation. Although group fights are all about girth. Because you’re going to get hit, it’s about how many times you can take a hit and remain standing. Regardless, this guy deserved every single punch that he took. He wanted to be a funny guy at someone else’s expense and he paid the price. Lucky for him, the gunless Chinese police showed up and saved his life. He was on the cusp of ending up like Coco from the Sopranos.

Would I have jumped in if my friend’s girlfriend got her bum touched by a stranger? I don’t know, probably not. I’d hurl some insults his way and move on with my life. It’s not worth getting pummeled to death over an ass grab. Shout out to this guy for defending her honor though. And congrats on the sex that you’ll definitely be having when you get home.