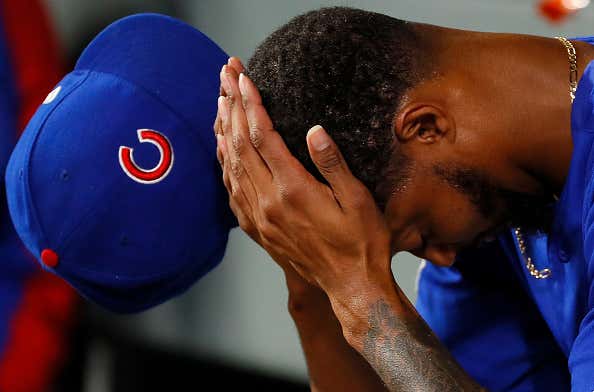 The Cubs lost to the Braves again last night this time by a score of 4-1 largely due to CJ Edwards projectile vomiting on himself and others in the 8th. Lineout, triple, single, single, walk, walk. Not the best sequence of outcomes when you’re trying to prevent the other team from scoring runs. Obviously. But as I’ve said before and I’ll say again, Carls stick together and shit happens. Knowing that, I’m proud to say that I’ll lose with CJ Edwards’ stuff any day of the week and twice on Wednesday nights in Atlanta. 98mph with plus cut and depth is pretty hard to come by, especially at the league minimum.

If you want to be mad, I’d start with the lineup. Brandon McCarthy looked like Walter fucking Johnson out there last night striking out 8 over 6 innings for the Braves. And yes, that’s the same Brandon McCarthy from the 2005 White Sox, who won the World Series in case you and everyone else outside of Canaryville forgot. But I digress. Point is Brandon McCarthy has a job in Major League baseball, I can’t believe it and neither should you because he’s fragile and ineffective, and that guy shoved it down our throats (or up our asses?) last night and I did not enjoy it one bit.

Does everyone know this guy yet?

Kris Bryant’s OPS is 1.024 which leads the NL, which means it’s higher than Nolan Arenado’s OPS. He’s also at the forefront of your girls mind every time the lights go off which is hopefully okay with you because that’s not changing anytime soon. 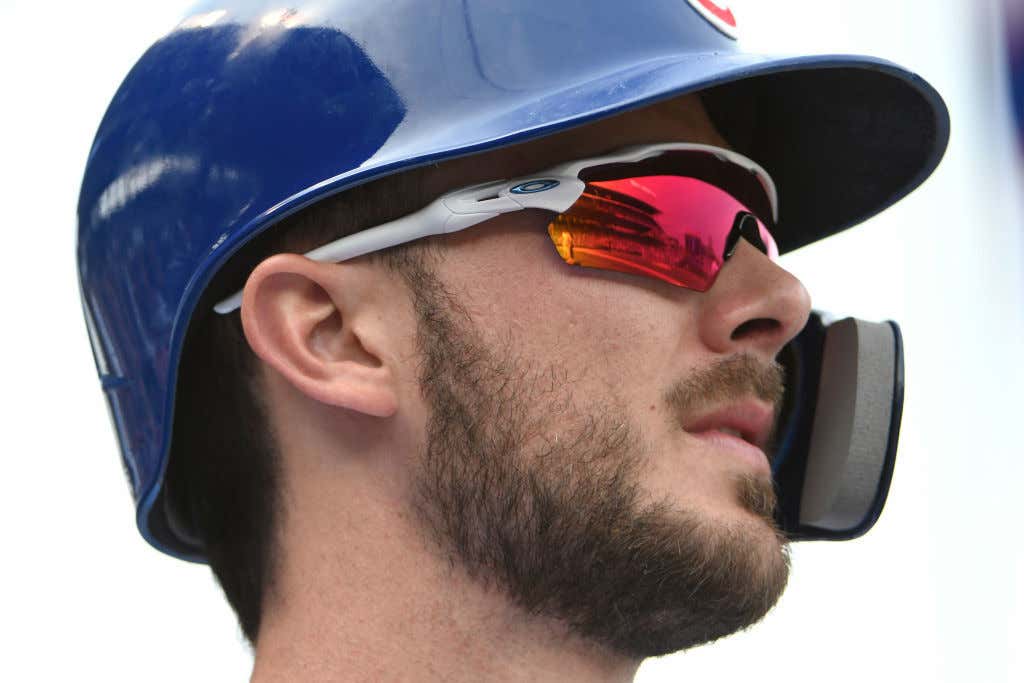 I want to buy you an iced tea with a lemon. – Kris Bryant

Jesus Christ didn’t perform his first miracle in Cana until he was 30, allegedly. So far through Age 26 Season Kris Bryant has won MVP, ROY and a World Series. As a result, it’s not unreasonable to make the argument that Kris Bryant is in fact the son of God and not Mike Bryant. I’ll let you connect the dots on that one as it’s certainly something worth considering.

The Cubs have one more with Atlanta tonight with Jon Lester vs. Mike Soroka, a 20 year-old rookie from Canada drafted in 2015. He’s a big righty that pitches to contact and doesn’t really fuck around like most young big righties with plus-stuff. He’s more of a bulldog which is rare for being 20. Extremely rare. So this should be a cool matchup to see how he approaches the Cubs lineup, and how aggressive the Cubs are early in their AB’s against him. I don’t like to make much out of a single regular season game, but tonight decides if the Cubs go 2-4 or 3-3 this year against the Braves. My brain can’t compute a 2-4 season record against the Braves, regardless of their trend.

After that the boys head to Cincinnati to face the Dickballers for a 4-game set where the Cubs will presumably score 8-10 runs a game. In the process we’ll all forget that the Cubs lost last night in remarkably frustrating fashion and go right back to assuming they win every game by a touchdown because why not. Go Cubs.