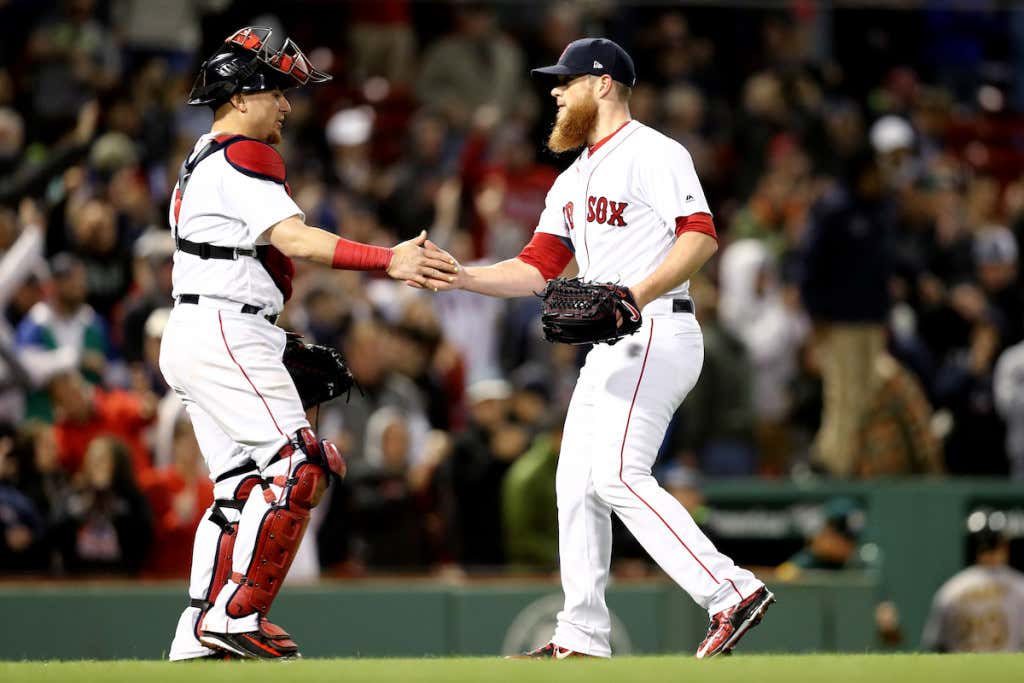 If this is your first season reading my stuff — first of all, welcome. Thank you for reading. Secondly, it’s important that you know that I like to look at every baseball season in trends. I do it for players, and I do it for teams. I’ve never understood the people who just want to look at overall numbers and records and that’s it. That never tells the whole story. A major league season is 162 goddamn games long. There is so much that goes on in just two or three weeks time, never mind in an entire season. I get chirped for looking at things between arbitrary dates, but that’s how baseball seasons should be broken down.

It’s not as simple as looking at numbers from an overall standpoint, month-by-month, or whatever basic ways there are to observe a team or a player’s performance. Trends are essentially chapters in any given season. Since this guy returned from an injury, or since this team added Player-X, or since this player’s seventh start of the season he’s gone on to do this from that point, etc. That’s how I choose to look at things, because that’s what I find to be the most interesting. Tell me when things started to turn around or when things took a turn for the worse, and then tell me why.

For the Red Sox, it was when they got no-hit. Boston was riding high at 17-2 and we were breaking out the record books to see when the last time it was that not just the Red Sox had started out that hot, but any team in baseball. It had been three decades. That’s great and all, but 17-2 didn’t even take us through the end of April. It’s easy to get caught up in small sample sizes. When looking at trends, it’s also important to compare said trend to the overall big picture. So, with the win on Wednesday night, the Red Sox have compiled a .500 record at 12-12 since starting off 17-2.

You shouldn’t just look at that one way, either. After losing on Tuesday night to the A’s, ensuring that they’d lose the series regardless of what happened in the finale, I wrote that they’ve been meh since getting no-hit. One win doesn’t change that. You look at 17-2, and you look at 12-12. But the overall big picture is that they’re a half-game back of the Yankees, who have the best record in baseball, so there are worse places that you could be after a 12-12 stretch.

You know who else has a 12-12 record over the same exact stretch of 24 games as Boston? The Arizona Diamondbacks, who are tied with the Astros for having the largest divisional lead of any team in baseball. Lulls like this are going to happen no matter how great you are. That’s baseball. It’s peaks and valleys. I hate to break it to you, but they weren’t going to sustain an .895 winning percentage all year. That’s not “collapsing”; that’s just called “coming back down to earth”. The reality is, some teams climb higher than others at their peaks, and some teams crash lower than others when they come back down to earth. But at the end of the year, it all levels out to where you were meant to be.

In coming back down to earth, the Red Sox have posted a team OPS of .717 over this 12-12 stretch, which ranks 20th out of the 30 major league teams. The teams beneath Boston aren’t exactly the teams that you want to be associated with, either. You’ve got teams like the Blue Jays, Rangers, Dodgers who have been awful this year, the Marlins, the Mets, and the Padres to name a few. You could argue that they’re lucky to even be .500 over that span, given that they have a team ERA of 4.47, which is 18th best in the majors over those 24 games.

So, when you look at this trend, it ain’t pretty. But when you look at it overall, the Red Sox have still won more games than any other team in baseball. It’s weird, right? That’s why trends are important. If you’re a fan, you can talk your shit that the Red Sox have won the most games to this point in the season, but you should also reel it in a bit, knowing that they’re not even remotely close to being the hottest team in baseball at the moment. That distinction belongs to the Yankees, who have essentially had the same season as the Red Sox, only backwards. They started out 9-9 and have since gone 19-3, the best record in the majors over that span.

In defeating the A’s on Wednesday, the Red Sox avoided being swept for the first time this season. Oakland is also the only team with a winning record against Boston this year. However, it took your ace Chris Sale to prevent that from happening. Had any other Red Sox starter been on the mound, I’m not sure we’re sitting here talking about how the Red Sox still haven’t been swept yet. Over this 12-12 stretch of games, Sale is the only Red Sox starter with an ERA that isn’t in the high fours or worse.

Rick Porcello (4.78 ERA) has struggled, Drew Pomeranz (5.14 ERA) has struggled, Eduardo Rodriguez hasn’t been consistently good (5.40 ERA), and David Price (7.25 ERA) has been awful. If you wanna talk sample size, in the grand scheme of things, these are small sample sizes, but we’re still dealing with four or five starts for these guys, depending on the pitcher.

Sale went five innings on Wednesday, tying his shortest outing of the season, which he hadn’t done since April 15. The lefty allowed two earned runs on two hits, walked four and struck out nine. What I found most interesting about this particular start was that it was Christian Vazquez, not Sandy Leon, who was behind the plate for Sale. Might this have something to do with the reports, which were later confirmed by Blake Swihart himself, that the former top catching prospect’s agent asked the Red Sox to trade his client?

I mean, despite the offensive struggles, I can totally understand why Christian Vazquez’s job wouldn’t be in jeopardy, but Leon? I was under the impression that his job was safe due to the fact that he was viewed as Sale’s personal catcher. If that’s no longer the case, then could it be possible that the Red Sox are looking to see how Sale fares with someone other than Leon behind the dish? Might they be open to ditching the offensively inept Leon in favor of adding Swihart to the catching tandem? We’ll have the answer to that question sooner rather than later.

Speaking of offense, the Red Sox finally did that whole offense thing for Sale, who ranks 48th in the MLB in run support even after Boston put up a six spot for him. JD Martinez hit a two-run bomb in the bottom of the first, and Xander Bogaerts crushed a three-run shot onto Lansdowne Street five innings later. The five RBI between those two would’ve been enough to get the job done, despite both Heath Hembree and Craig Kimbrel getting touched up for a solo home run each.

Now the Red Sox welcome one of the shittiest teams in baseball to Fenway Park for four games, the team that took three of four from the Yankees last month, but that’s neither here nor there. It’s the 13-29 Baltimore Orioles, who will send Kevin Gausman to the mound in game one against David Price. Believe it or not, there have been bright spots for this 2018 Orioles team outside of Manny Machado, and Gausman has been one of them. Since starting off the season with a 6.60 ERA through his first three starts, Gausman has a 1.75 ERA over his last five starts with 27 strikeouts in 36 innings.

You know the deal with Price. Red Sox fans’ patience with Price are wearing thin, assuming that they even still exist at all at this point. Some fans have just straight up given up on this man. On May 3, Price experienced numbness in his pitching hand, which was later diagnosed as carpel tunnel syndrome. That night, he got shelled by the last place Rangers for seven earned runs and then missed his next start against the Yankees.

His last time out, he held the Blue Jays to two earned runs over five and a third innings with six strikeouts. It was a start that he should’ve won, and he did so with a mediocre performance. On Thursday night, this will once again be a start that he absolutely should win, so if he does, that’ll be the narrative. You beat the Orioles; big whoop. And if God forbid he loses, well, then the narrative won’t be very pretty, as if it ever was to begin with.