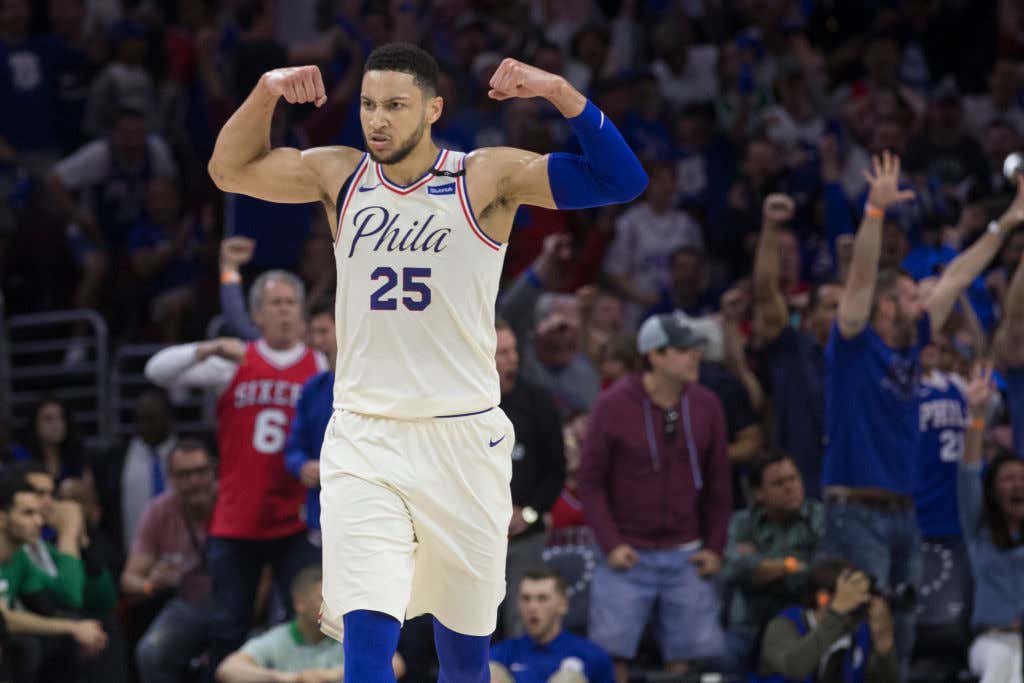 Last month ago I wrote this blog where I tried to predict who I thought the candidates would be for this year’s NBA Awards and who I thought should win. Well as of tonight the official nominees are out, so let’s see what we got

Hard to argue with these three being the finalists for ROY. All three had incredible rookie seasons and carried their respective teams to the playoffs. While only one is still playing, that in no way takes away from what they did during the year. I don’t want to get ahead of myself, but we could be looking at a draft class that rivals the 1984, 1996, and 2003 classes. They were that good. In my earlier blog I picked Simmons, and I think he’ll end up winning it, as great as the other two were

While Oladipo will probably be the favorite, this is an interesting list. All three made considerable leaps from last year to this year, but you also could have maybe included Jaylen Brown or Brandon Ingram (before he got hurt). At the end of the day though, I think the jump from Oladipo, and given how much better IND was during the year based on their initial expectations will help him. His FG% went up despite more shots, and of the three his did have the largest point increase from last year to this.

Some 6th Man Of The Year veterans in this list in addition to a main piece of the best bench in the league, not a total surprise this was our final group. Other than many Rozier, I can’t think of any other bench player who deserved to be in this final three, and to me this is Lou Williams award to lose. He was insane this season, including leading the league in scoring for the month of January, and finishing the season tied for 13th at 22.9 a game. An electric scorer off the bench, it was Lou Williams production that kept the Clippers alive for so long.

Forget that bullshit coaches association award, this is the real deal and in my opinion the three best coaches are in the finals. You can make a case for each of them, even with Casey currently being unemployed. Remember this is a regular season award. Obviously there were some great coaches left out like Brett Brown, but all three of these guys are clearly deserving. Personally I lean towards Brad Stevens, but if someone like Snyder ends up winning it I wouldn’t be all that upset, he was awesome.

Three AWESOME defensive players no doubt. We got our first look at Embiid actually playing and damn was he an absolute difference maker for the Sixers on that end. Pretty sure they had one of the best defenses in the league over the second half or something like that. Then there’s Gobert, who may be the biggest defensive factor in the game, as he anchored the second best defense in the league. It was night and day how the Jazz looked on the defensive end when Gobert was in the lineup compared to when he was injured, and anyone who watched him play knows the impact he made. Then with AD, I mean he’s a fucking freak so not at all surprising. For me, I’d go Gobert.

I’m surprised someone like AD got into the finals over a guy like Durant, and this is always a tricky award. What does MVP mean? Is it the best player in the league? Because that’s Lebron. Is it the most valuable to their team? Because that’s also Lebron. Is it who had the most impressive season? Well then for me, that would be James Harden. But then you also have to factor in the job AD did carrying that Pelicans team to the playoffs after losing Boogie early in the year. We all can be honest and say Lebron should win this award every year, but based on the type of season the Rockets had, I gotta go with my fellow Sun Devil.

So do any of these finalists surprise you? Feel like it should be anyone else? I’m curious to see who you all think should win these awards so either say it in the comments or hit me up on Twitter. Now let’s all enjoy what is hopefully an entertaining Game 2 between GS/HOU.