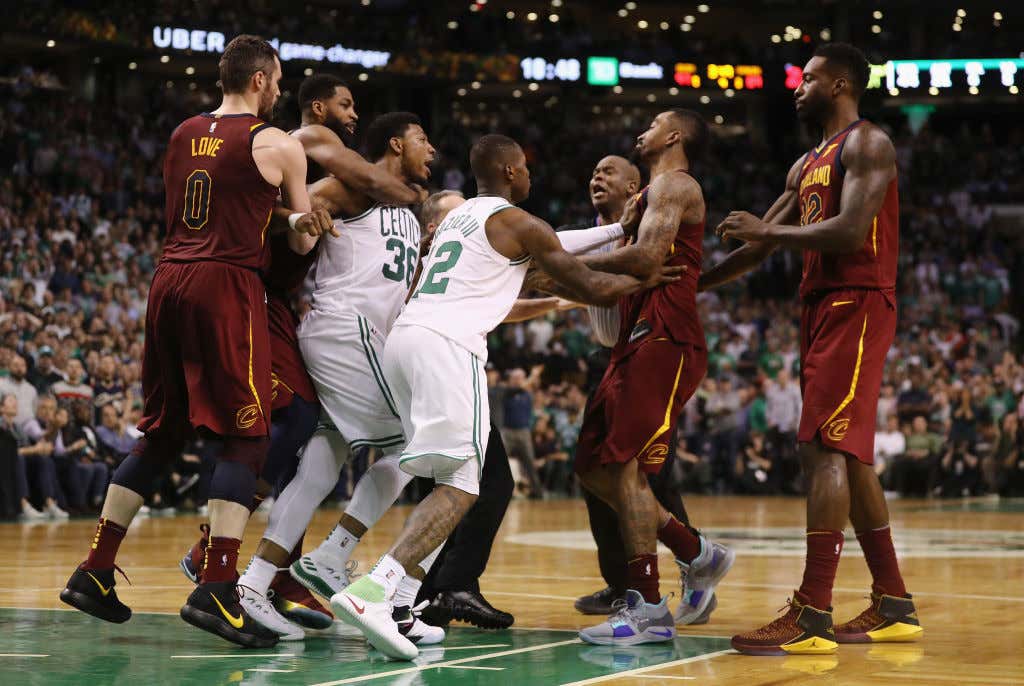 Little house cleaning from the aftermath of last night’s bush league foul. There was some that thought maybe the league would review the tape of this despicable JR Smith foul and would then upgrade it to a Flagrant 2. Well that isn’t going to happen and frankly I’m OK with it. This situation is weird where you don’t want to set the precedent that this type of play is acceptable, and any time you make contact with a defenseless player who is in the air and could potentially cause real harm is fucked up. We all agree there. To be honest I don’t think other players are going to see that JR didn’t get suspended and think this is OK to do, so it is what it is. I’m also not that upset not because I don’t think it was F2 worthy, but because actually having to play JR Smith is much more detrimental to the Cavs than trying to figure out how to replace him. They could go to anyone on the roster and they would probably make more of an impact, so maybe this is just the league getting creative with their punishment. Chances are Lue plays JR Smith another 27+ minutes in Game 3 & 4, and Celtics fans everywhere should hope that’s the case.

Fortunately Al knows how to fall with the grace of a ballerina and totally stuck the landing and walked away A OK. We have a long way to go until Saturday so I’ll spend the days dreaming of all the ways Marcus Smart is going to make Smith’s life a living hell on the court. If you watched Smart’s postgame you heard him mention this isn’t the first time JR has done something shady, and if I could give one bit of advice for the Celts on Saturday, it’s to watch out for those elbows