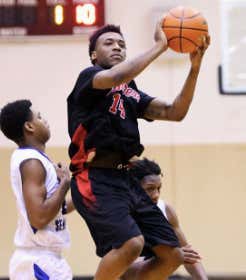 Source -  A 25-year-old man was arrested after allegedly posing as a high school student in a Dallas Independent School District campus so he could compete in high school basketball, according to Texas officials. Now the University Interscholastic League, UIL, is monitoring the situation.

Dallas ISD police said Sidney Bouvier Gilstrap-Portley claimed to be a displaced Hurricane Harvey refugee and enrolled as a freshman student at Skyline High School in August under the name Rashun Richardson.

Two months later he transferred to Hillcrest High School and joined the basketball team there, The Dallas Morning News reported.

North Mesquite Head Basketball Coach Phillip Randall told NBC DFW that he was not the one who spotted Gilstrap-Portley, but he did tip off Hillcrest High School after he was informed.

“He was an average player and a good kid, I’m surprised,” Randall said.

Gilstrap-Portley played for Randall until 2011 when he graduated from North Mesquite. Seven years later, he was still playing high school basketball and, according to Hinojosa, who had watched Gilstrap-Portley play at a playoff game, “he didn’t look any different than the other students.”

This story is embarrassing for a number of reasons. First and foremost because the coach called him an average player. If you’re twenty-five and playing against fourteen-year-olds you should be averaging a quadruple double. Not coming off the bench averaging five, four, and six. Pick up basketball is one of those sports where age and experience is much more important than youth. So joke’s on Sidney for being a joke.

Then you have the fact that he claimed to be a displaced hurricane victim. Which is more scummy than it is embarrassing. It’s essentially stolen valor for victims of natural disasters.

He didn’t even try to get on Varsity, he settled for Freshman. He’s like a less intelligent version of Danny Almonte. 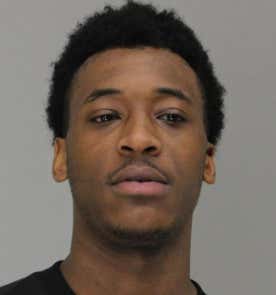 I was going to roast the coach for not noticing that one of his players was an adult but I can’t even. No one expects someone to stoop to that level. I hope the judge locks this guy up and throws away the key. That or make him volunteer with real hurricane victims.

Give him some perspective.