FUUUUUUUUUUUCK. THAAAAAAAAAAAAAAT. KFC and I have made a career out of blogging about the misery that is living in New York City. If you slam the Upgrade meme button 10 times, that’s what that misery is during rush hour in a massive storm. No city needs Thanos to snap his fingers more than New York City.

Anyway, I spent yesterday happily inside of HQ locked in a bubble of ignorant bliss of what went on outside. I knew I was going to be at the office late so I could watch the Knicks moves absolutely nowhere in the NBA lottery.

What I didn’t know is that the scene outside looked like the aliens from Independence Day were coming back to finish the job.

Nope. It turns out Mother Nature was just being a huge C Word on a casual Tuesday and turned my beloved Grand Central into what the savages at Penn Station deal with every day. Absolute shoulder-to-shoulder, dick-to-ass chaos. I knew I was pretty much screwed out of making it home when I got pictures like this sent from my beloved Winterfell. 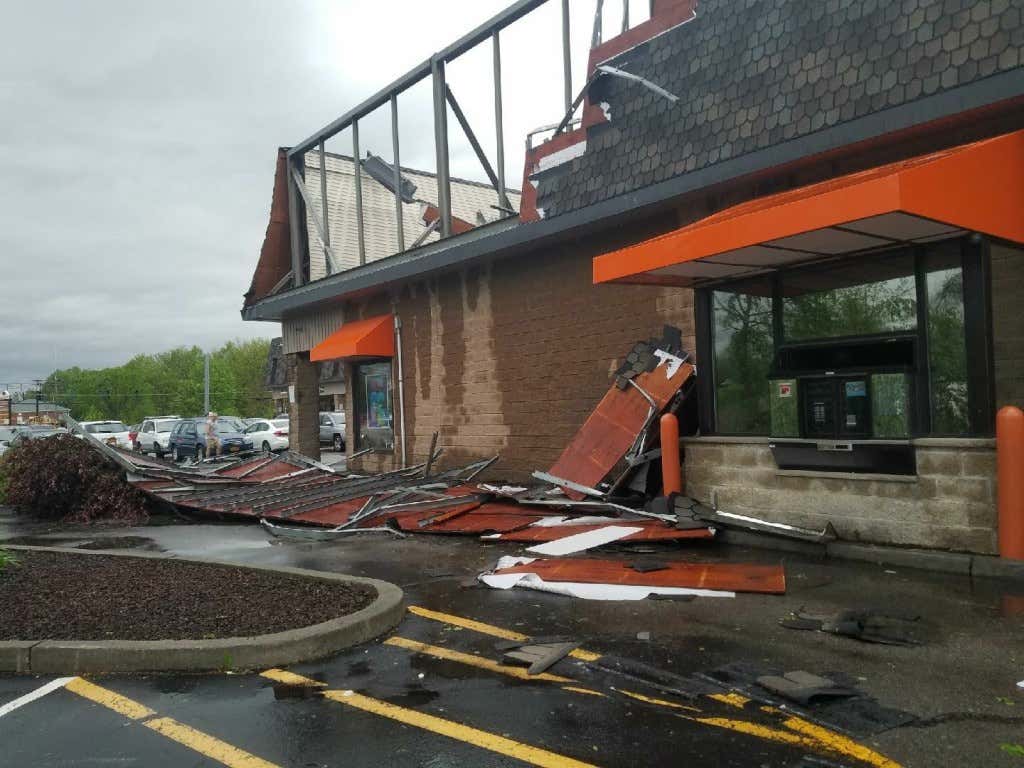 Not my Dunkin’ Donuts! #RIPLaDunkin.

Once I saw that, I knew I was screwed. Well that and after waiting at HQ until midnight to see if trains were actually going anywhere near my very downstate house. After the clock struck 12, I decided to shack up on the couch of Robbie and Trent’s lovely apartment for the night before I turned into a pumpkin.

What’s the point of this blog? I don’t know. I thought the pictures were pretty crazy and wanted to share. I’m heading back on a train packed with people that look like refugees to a wife that was solo with 2 young kids overnight after having the best sleep I’ve had in a month on someone’s couch. My brain is mush but I love all of you. Happy Wednesday!