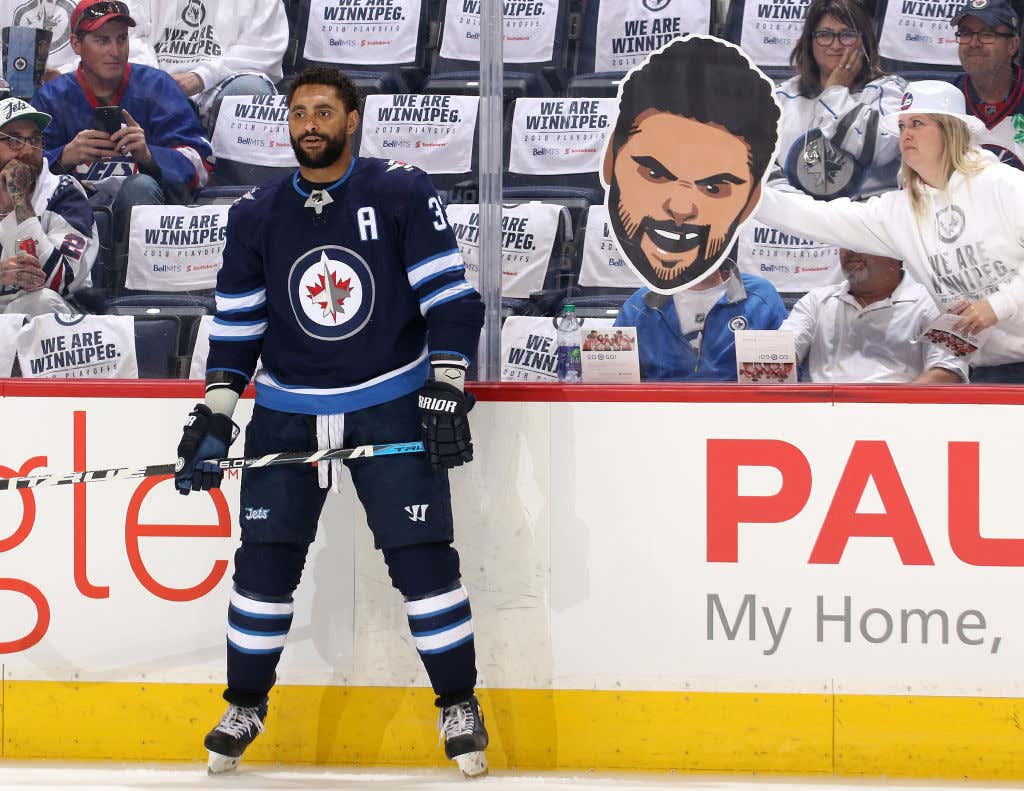 Dustin Byfuglien is one of the biggest bullies the game of hockey has ever seen. We all know that by this point. Well, at least all of us with a set of eye balls and at least half a brain. Unfortunately, there are a lot of dumb dumbs in the NHL. Whether it is on account of hubris or just flat out stupidity, there are still players in the NHL who think they can hit Dustin Byfuglien and come away from that collision unscathed. Like imagine thinking that you, driving a scooter, could attempt to hit an F-350 Super Duty and do any damage to anything besides yourself. Seems beyond idiotic, right? Logic that could only be described as donkey brained, no? But time and time again during the Western Conference Finals, we’ve seen Vegas players exhibit this donkey brained behavior.

In game 1 it was Alex Tuch.

Yeah. More like “Alex Get Fuch-ed”. I don’t know. I’m still workshopping that one.

And then in game 2 it was Ryan Reaves getting stood up like he was Pres waiting for Mark Cuban at Frog Island Cafe.

No what do both Alex Tuch and Ryan Reaves have in common? Well despite the fact that they both got obliterated after attempting to hit Big Buff, they are both still alive. They should be thankful for that. The next guy might not be as lucky. So my free advice to the Vegas Golden Knights? Read the fucking scouting report and don’t try to hit Dusty Buff. You’re not going to enjoy the result if you do.

P.S. – If I had to take a guess on who the next idiot to try to hit Byfuglien would be, I’m putting my money on James Neal.