Besides the whole ‘finding the people who killed my wife’ thing, I relate to the movie ‘Memento’ on a deep level. I live in a sea of post-it-notes, iPhone reminders, calendars & lists, of which I’d be completely lost without.

I only remember your birthday because it’s on Facebook. Coffee cups routinely get left on the roof of my car. I once walked out of Target after paying for my stuff, without my stuff; they had to chase me down. If I don’t constantly remind myself of a travel time, I’ll be looking up at my plane as it flies overhead.

So when Barstool Sports says:

I must respectfully reply, “Sorry, but…”

Love him or hate him, LeBron has memory skills that I seriously envy. Sometimes I do standup open mics & even though there’s barely anyone listening, I pretty much black out on stage & don’t remember what I said unless I record it. This gent is out on the court in front thousands & thousands of people doing something intense & physically demanding, and can recall every detail.

At the start of the 4th… Do you have any idea what… I mean I think they scored 7 quick ones… what happened there? 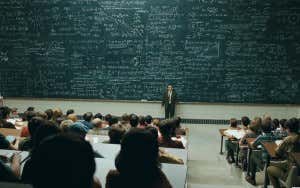 And this isn’t just a one-off. He seems to have a knack for it & alludes to being that way because he doesn’t want to talk about himself.

Though impressive, he’s still nowhere near the Rain Man-esque photographic memory of my gals Flo & Kay. Hopefully I can take some notes & get a handle on this stuff.