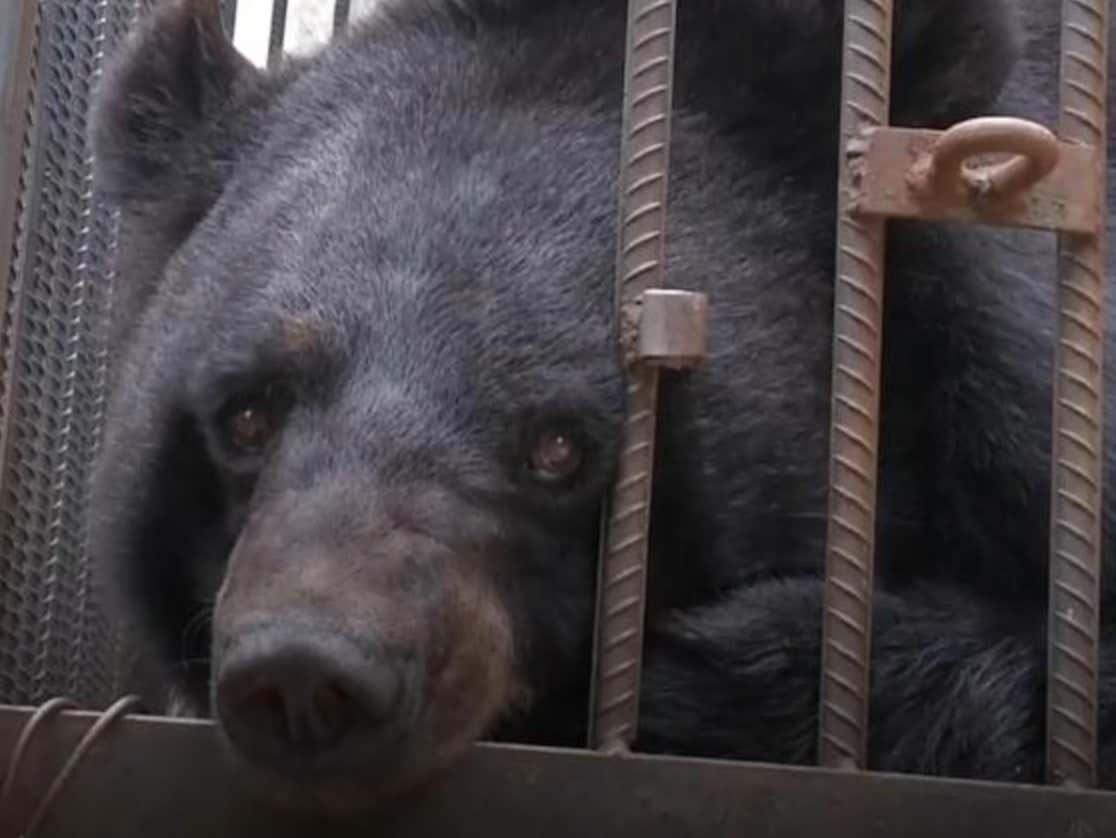 Independent- When Su Yun bought her family a puppy two years ago, she was surprised by how much the dog ate. “A box of fruits and two buckets of noodles every day,” she told Chinese media. There was, it turns out, a reason for its prodigious appetite: the animal has grown into a 250lb bear. The family realised their error when the pet did not stop growing and started showing a talent for walking on two legs. “The more he grew, the more like a bear he looked,” said Ms Yun, a villager living near the city of Kunming in Yunnan province. “I am a little scared of bears.” The animal has now been taken into care at the Yunnan Wildlife Rescue Centre after the family got in touch requesting help. Footage taken by officials shows it standing about a metre tall. Staff were so intimidated by the animal – which had lived in the family home – they sedated it before transportation.

So what? Keep him. You don’t just give him up that easily. He’s part of your family, is he not? Wahhhhhhhhh he’s actually not a dog, he’s a black bear. Cry about it. It’s just a different type of animal. Oh now that he’s a black bear, and not your dog, you think you can kick him to the curb. What a joke. These people didn’t deserve this awesome dog/black bear in the first place. Just because somebody or something turns out to be different doesn’t mean you should abandon that person or thing. You just gotta roll with the punches. Very large-pawed punches. So your dog is actually a black bear. You just gotta adjust. For instance, the dog house has to be turned into a much bigger bear house. You’re gonna need to stock up on salmon. You’re gonna need a much stronger leash. Yeah there’s gonna be changes but they’re small compared to just being like, “Welp see ya!” I hate these people. I hope the black bear finds his way back like Homeward Bound and then viciously murders them.