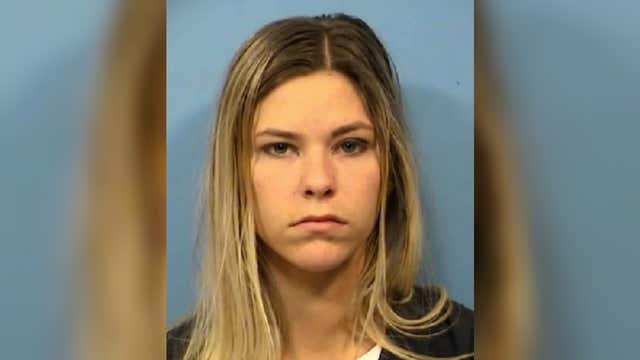 Reader email – Her instagram is public and her facebook is still up as well. She is from the town over from me. Pageant girl, fitness model, and most recent person to be arrested for banging a student. I’ve attached some pictures as well. 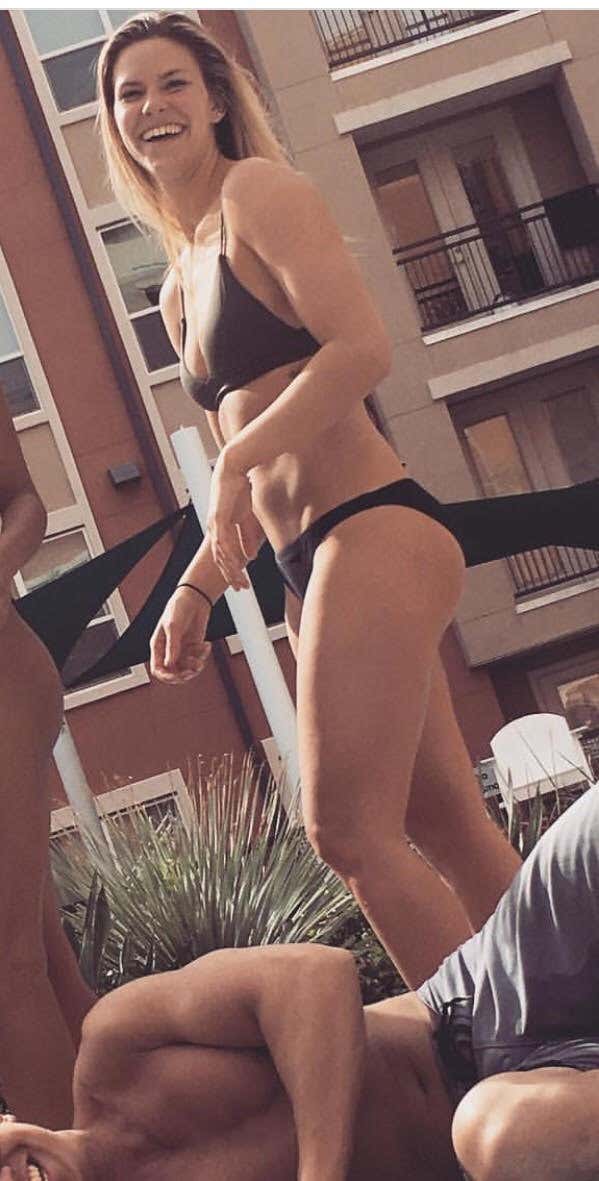 Illinois – A former intern at a high school in west suburban Lombard was charged with repeatedly sexually assaulting a student last month.

The series of assaults was discovered after fellow employees grew suspicious of Flint’s behavior and told school officials, who launched an internal investigation and informed police. …

Well this is highly unusual to say the least. Off the top of my head, I can’t recall a teacher that left her social media accounts going after getting charged with Sex Scandal Teachering. Unless you count 2016 legend Mary Beth Haglin, who got into doing porns playing off her notoriety (link SFW). Apart from her, they all tend to go off the grid like Jason Bourne the moment their indiscretions are made public. But like that anonymous emailer said, her Twitter and Insta are still up and going strong:

And a couple of other things that set Elizabeth Flint apart from the rest is we don’t get a hell of a lot of fitness models who pose in front of Barstool flags. So in my book, this makes her one of the all time greats. It begs the question of how many Grading the Newest Sex Scandal Teacher blogs she’s read and if she ever aspired to become one. But at least that second part of the question is now asked and answered. Welcome to Barstool, Elizabeth. You’re a champion on the Competitive Fitness stage, and now you’re a champion here.

The Grades:
Looks: In some of those photos she looks like Elizabeth Banks. In others, a younger Sweet Dee from It’s Always Sunny. But a 10 body is a 10 body. How do you NOT give Miss EIU Fitness 2017 an easy
Grade: A

Moral Compass/Bad Judgment: This isn’t the greatest set of facts we’ve ever been treated to. But three times at her house gets her some points. What I do not appreciate is her sexing up her students in an unpaid internship. The SST job market is competitive enough without women at the school giving it away for free. How is a teacher supposed to seduce her 17-year-old students AND feed their families when there are smoking hot models with 0 percent body fat doing it for free? SSTs have fought too hard for too long to be undercut like this. Stop driving wages down.
Grade: B

Intangibles: I assume that DuPage County State’s Attorney is an elected position. If it is, Robert Berlin deserves to get reelected just for saying with a straight face he thinks the idea of boinking Elizabeth Flint is “disgusting.” I hope all of you have a day that is as nice as her butt.
Grade: A

Overall: A-. See you in December, Elizabeth. And Viva.