Just some quick housekeeping notes here.  We hired Reags.  He’s full time now.  You may know him as the guy who writes about basketball…a lot.  3 years ago I brought him on board to cover college hoops.  He knew more about the game than anyone I’d ever met and just wanted a chance to write in his free time from his office job.   Never once asked for a salary.  Never once pushed for a job.  All he did was request some merch from the Barstool store every few months.   He was blogging so much shit that I couldn’t in good conscience freeload off his work so every Christmas I’d give him a bonus out of pocket.  But that and some t-shirts were all he was grinding for.

What finally pushed him over the hump and convinced Dave to hire him?

That is an INSANE number.  Tough to ignore work ethic like that.

So congrats to Reags.  Well deserved.  He’ll be covering all things basketball and when March comes back around you better nail down the god damn dog. 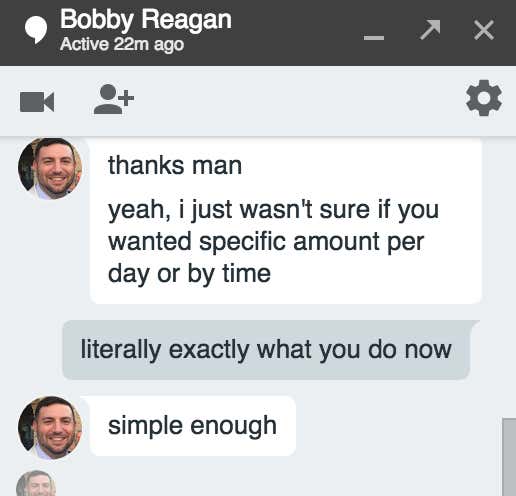