Also Paul Maurice: “Or do that. Or do that”.

That right there, ladies and gents, is pretty much coaching in a nut shell. Especially when you get to the highest level of any sport but really just any sort of coaching in general. I’m not sure how many of you guys out there are coaches right now but if you are, chances are that you’ve had plenty of moments exactly like this one that Paul Maurice had in game 5 of that Winnipeg vs Nashville series. The whole time you’re over at the bench screaming “no, no, no” and then just as you’re screaming “no” one last time, it ends up in the back of the net and you realize that you’re an idiot and should just let the boys play.

Here’s the play in real time.

Nik Ehlers picks up a loose puck in the corner and starts to coast up along the boards with it. Paul Maurice, just processing everything in the moment, wants Ehlers to move his fuckin’ feet since he’s running out of real estate and into a double team. Nik Ehlers, who is already thinking 3 steps ahead of Maurice, sees that Laine is circling around the top of the zone and wants to drag as many defenders up high with him as he can so that he can drop pass the puck off the boards to Laine with enough room to step in and snipe.

If Ehlers “moves his fuckin’ feet” then he doesn’t give Laine enough time to circle down into that spot. If Ehlers doesn’t keep coasting up the boards, Laine receives that pass off the boards and either has Ellis or Nick Bonino on his ass right away and can’t get that shot off. Stastny is there in front of the net to deliver the screen and deflection and it’s in the back of the net. Thus rendering everything that Paul Maurice was screaming 2 seconds earlier obsolete and dumb.

But that’s what coaching is all about. Especially when you have a couple of superstars like Nik Ehlers and Patrik Laine on your roster. You still have to act like a coach so you can’t just say, “Yeah okay fellas go out there and do whatever the fuck you want to do and I’m just gonna kick my feet up and enjoy the show”. But any time they do something that you think is a horrible idea, chances are you’re going to end up looking silly once the play is over.

P.S. – I know this is a pretty common take but I think it’s ridiculous that the NHL hasn’t delivered on a game broadcast option yet that allows you to just listen to mic’d up coaches and players. Mic’d up anything is always better than anything not mic’d up. It’s basic science.

P.P.S. – I think I’m finally at a point where I can say with 100% certainty that Patrik Laine is my favorite player in the NHL. The kid is so goddamn smart, he’s so goddamn smooth, and he’s got a rocket for a shot. Just watch this goal against Vegas in game 1 of the WCF.

Frame 1: Laine sets himself up at the top of the circle on the powerplay. 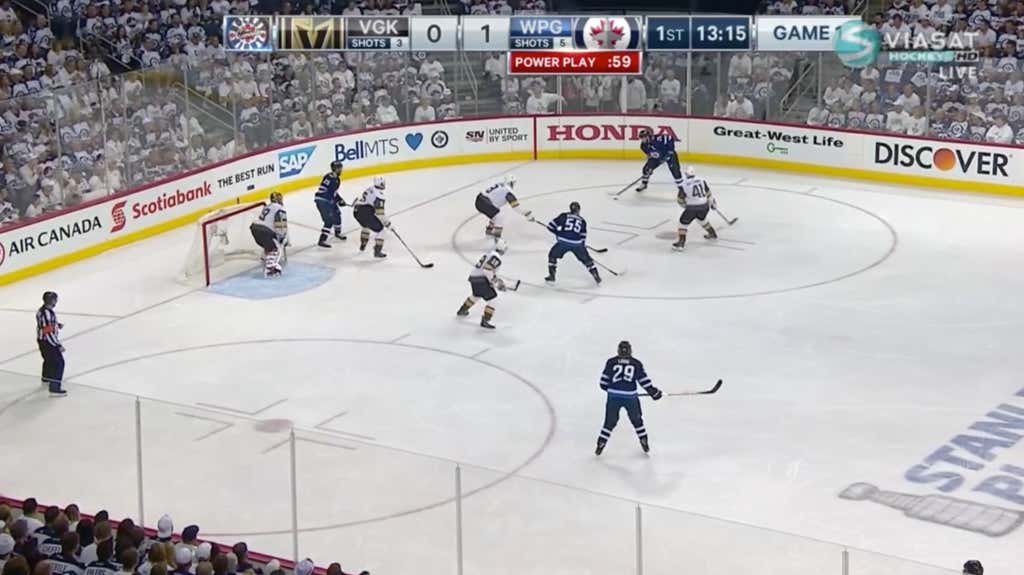 He has a top 3 shot in the NHL so teams have to make a decision here. Are they going to respect Laine’s laser from the top of the circle or are they going to focus on Mark Scheifele, who has 12 goals and 18 points in 13 playoff games this year, in the slot.

Frame 2: Laine sees that Reilly Smith decides to focus on Scheifele instead. 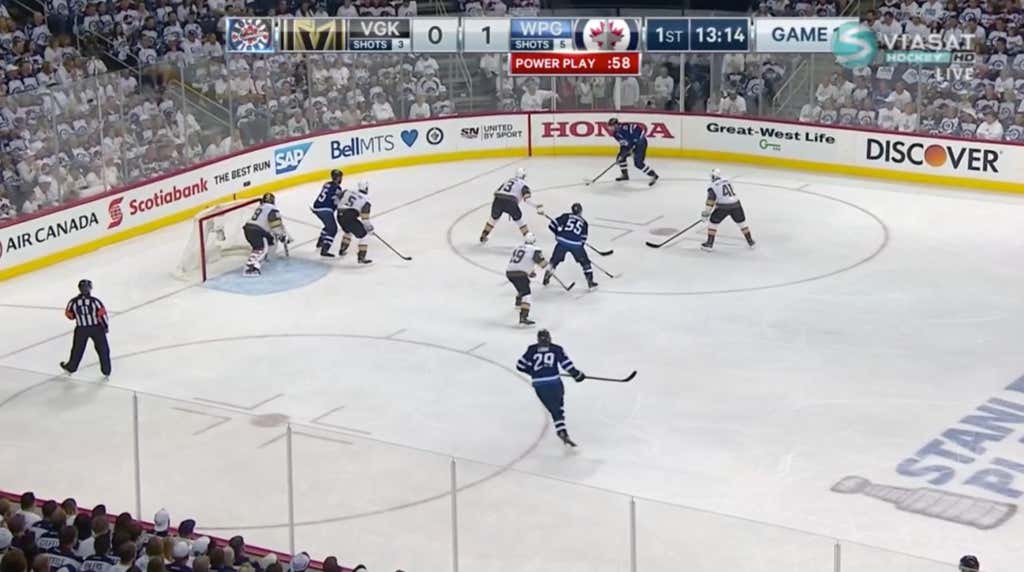 So as soon as Smith gets occupied with 55 int he slot, Laine drops down into all that open space on the back side. 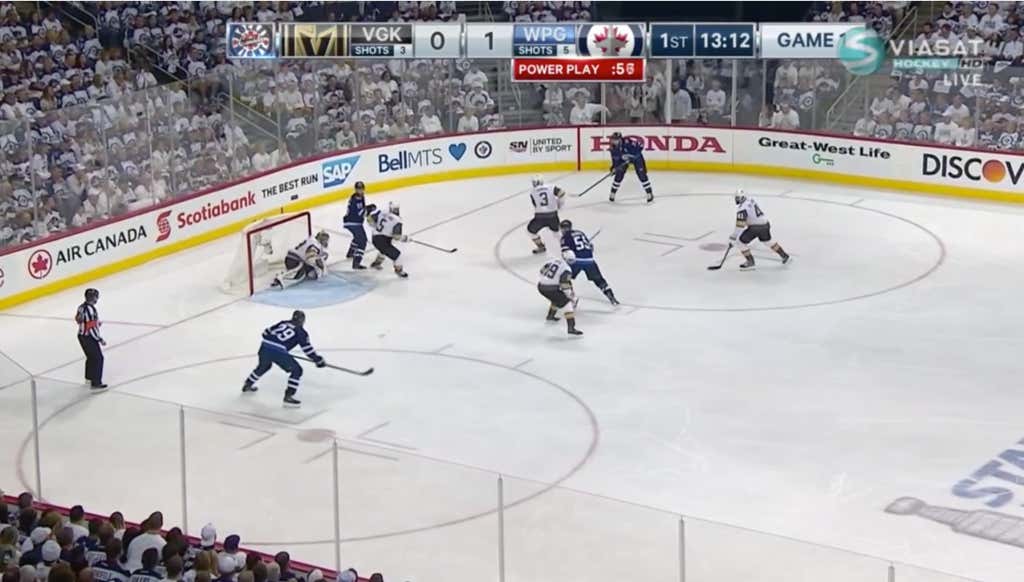 Again this is just another example of Patrik Laine perfectly understanding space and timing on the ice. If he drops down to the faceoff dot any earlier, Vegas’ penalty kill is going to pick up on it and they’re going to take that passing lane away from Wheeler. But because Laine waits until after Smith already locks himself onto Scheifele, nobody is there to cover that pass and Laine unleashes a bullet into the back of the net.

I fucking love this kid.