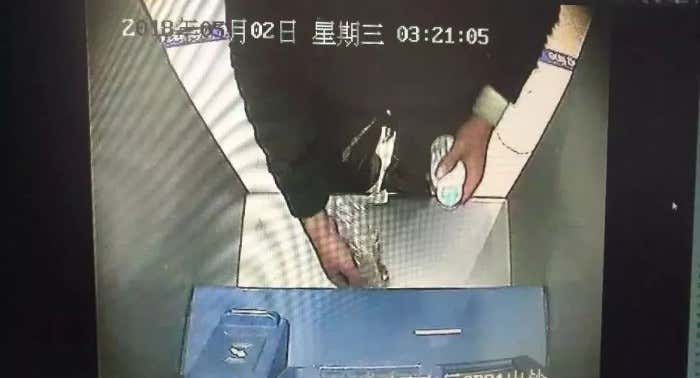 Shanghaiist - A man has been arrested in Sichuan province after going on a rather smelly and unsuccessful crime spree in which he would smear feces into ATM machines, believing that would make them spit out cash.

Surveillance cameras from a number of different ATMs in the city of Meishan show the man pouring motor oil onto cash machines and trying to insert plastic baggies full of shit into one of the slots.

According to Beijing News, the man tried this method on three different days over the past month or so. Not once did it work.

Shortly after his third unsuccessful smear campaign, the man, surnamed Lü, was arrested. When police asked him why he was dousing ATMs in oil and filling them with excrement, he answered that he had heard that doing this would cause the machines to malfunction and spit out cash.

It’s not clear who he heard this from, but it would appear to untrue.

Somewhere in Sichuan Province there are some Chinese dudes laughing their asses off right now. The rumor that filling an ATM with poop will make it malfunction and spit out cash was 100% started by some extremely bored bros who just wanted to see if they could get their dumbest friend to actually try it.  And guess what, it worked flawlessly. Their most idiotic friend took the time to poop in a bunch of plastic baggies and drive around town pouring motor oil on ATMs and trying to insert his own excrement in the cash slot. WHAT AN IDIOT. That is some prank of the century type shit, pun intended. 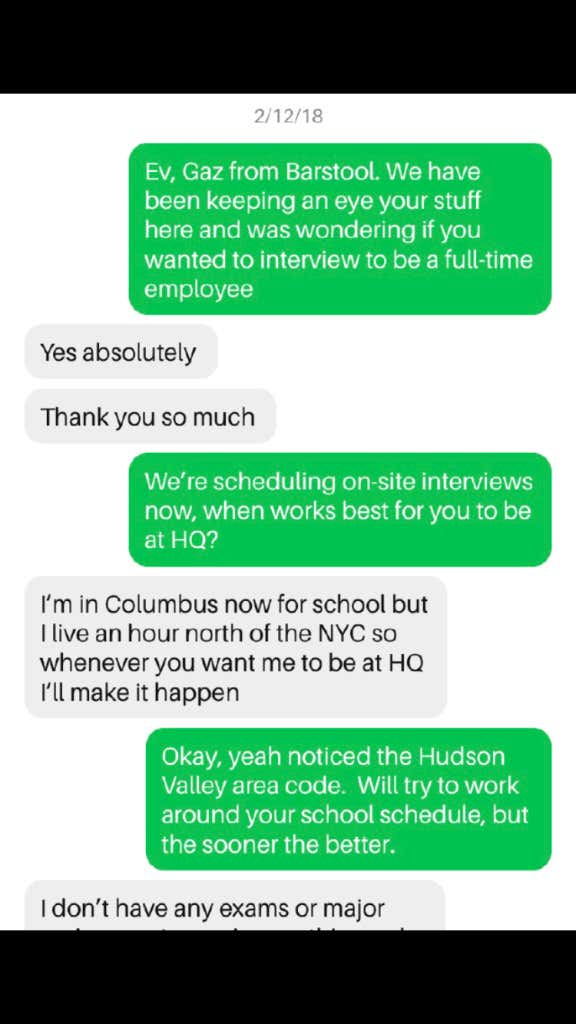 so he flew to HQ in NYC and everyone there had no idea why he showed up. Only difference is that their prank ended up backfiring and Big Ev did in fact end up getting a job at Barstool. Or at least according to his instagram he did.

Well unfortunately for Lü, this prank didn’t have a fairytale ending. Can’t say I feel bad for him though as it says he attempted this THREE TIMES before getting arrested. As the saying goes, shove your poop in an ATM once, shame on your friends for fucking with you, shove your poop in an ATM thrice, shame on you for being so incredibly stupid that society would be much better off with you behind bars.