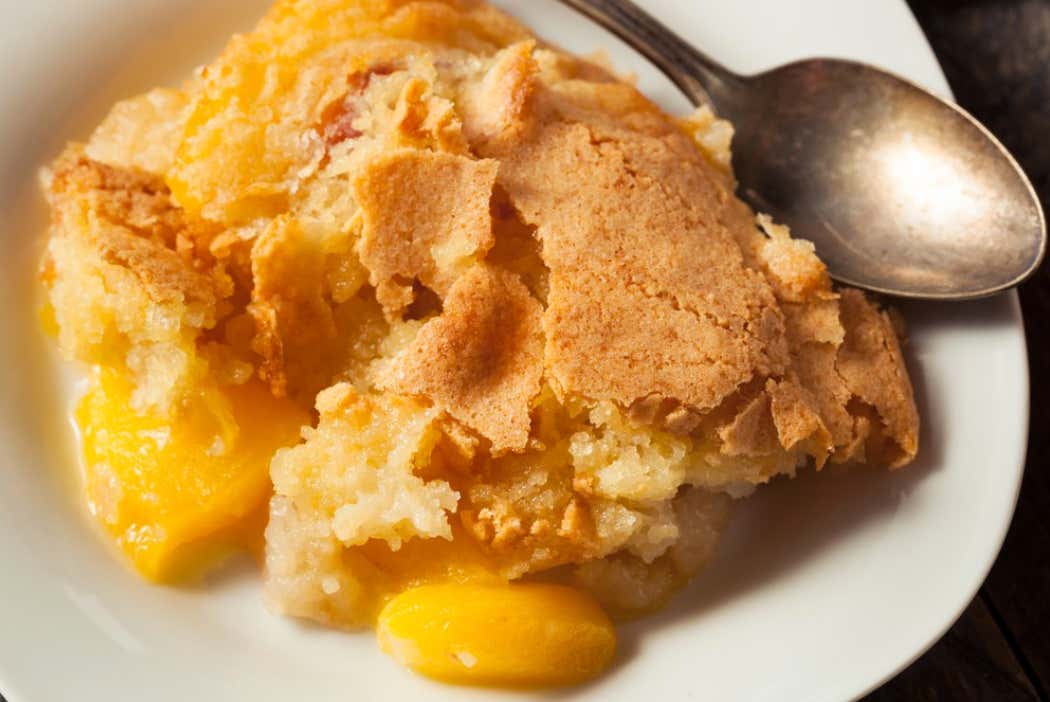 RED BANKS, Miss. — Peach cobbler caused chaos at a Red Banks Truck stop. The incident left one man recovering from a gunshot wound and another man behind bars facing attempted murder charges. Witnesses say they watched as Stanley Woodson went off on workers about his dessert. The victim stepped in and ended up taking a bullet in the back. Logan Novascone says he made his usual stop in Joe Joe’s Travel Center to pick up a Coke on Wednesday. “He started cursing her out, so I put my Coke on the counter. I was like, ‘Dude, you aren’t going to talk to them like that.” He says the customer in front of him in the checkout line, later identified as Stanley Woodson, was mad about the amount of peaches that were served with his cobbler and was going off on the woman serving him.

Now you might be thinking, “Whoa now. Take it easy pal. Pulling out the whistle and letting it sing over the amount of peaches in the peach cobbler? Take a chill pill dude.” But do you ever get those little mini blueberry muffins that don’t have any blueberries in them? And how mad were you? Exactly. That’s the type of rage we’re taking about. It’s incredibly frustrating when you buy something that doesn’t live up to its name. The packaging says BLUEBERRY muffins! If I wanted regular muffins, I would’ve bought regular muffins. I’m getting mad just thinking about it. So yes I can understand where this type of rage comes from in regards to the peach cobbler. And then add in the factor that it happened in the south and it starts making more and more sense. Insulting peach cobbler in the South is like insulting someone’s mother. You might actually be insulting their mother cause she more than likely made it.