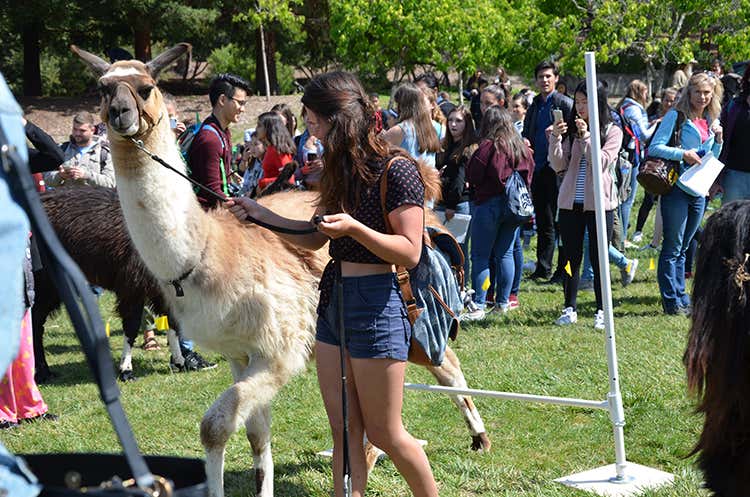 Cal-Berkley is regarded as one of the best public universities in all of the land. It’s currently finals season and the students at the top university are stressed, so much so that they are combating said stress the only way they know how:  Llamas!

Berkley News-Llamapalooza, UC Berkeley’s first-ever llama festival, was a llama love-in, with hundreds of students petting, grooming, feeding, hugging and taking selfies with the animals on Friday on Memorial Glade.

There is no denying that finals stink. It is the rare student who rolls through their college experience without stressing about a final or two. That being said, I can’t think of a more Cal-Berkley story than “Llamapalooza.”

“The students are sensing the llamas’ magic,” said George “Geo” Caldwell, who brought the animals to Berkeley from his Llamas of Circle Home ranch in Sonora. “And when the love starts going back and forth, it’s the real thing.”

When I think about sensing “magic” when it comes to college exams, my mind usually goes to the infamous “Finals Cocktail” of adderall and Red Bull to pull an all nighter in the library before a final cumulative exam worth 60% of the grade. However, if llama magic is real, I’m not going to try to fix something that works. Much better for the body.

Cal-Berkley is a special place. It’s 75 and sunny year round. As a #tough member of a university in New York, I can’t imagine being stressed at a place like Berkley. Have these students ever walked 10 minutes to class in a 10-degree blizzard of snow, sleet, and rain? Didn’t think so. Try doing that multiple times a semester, you California hippies! However, I don’t want to down play any stress these students are feeling. “Llama love-ins” have worked for almost a century now. Who can forget those iconic photos of “llama love-ins” during The Great Depression!

You know that YouTube series “Grandma’s Smoke Weed?” I think we should put together a show with a few older folks (70+) and show them similar videos for students to destress during finals. Ask them their thoughts on “stress free zones” during finals with “slime,” “chair massages,” and “snacks” like this one at Nebraska: 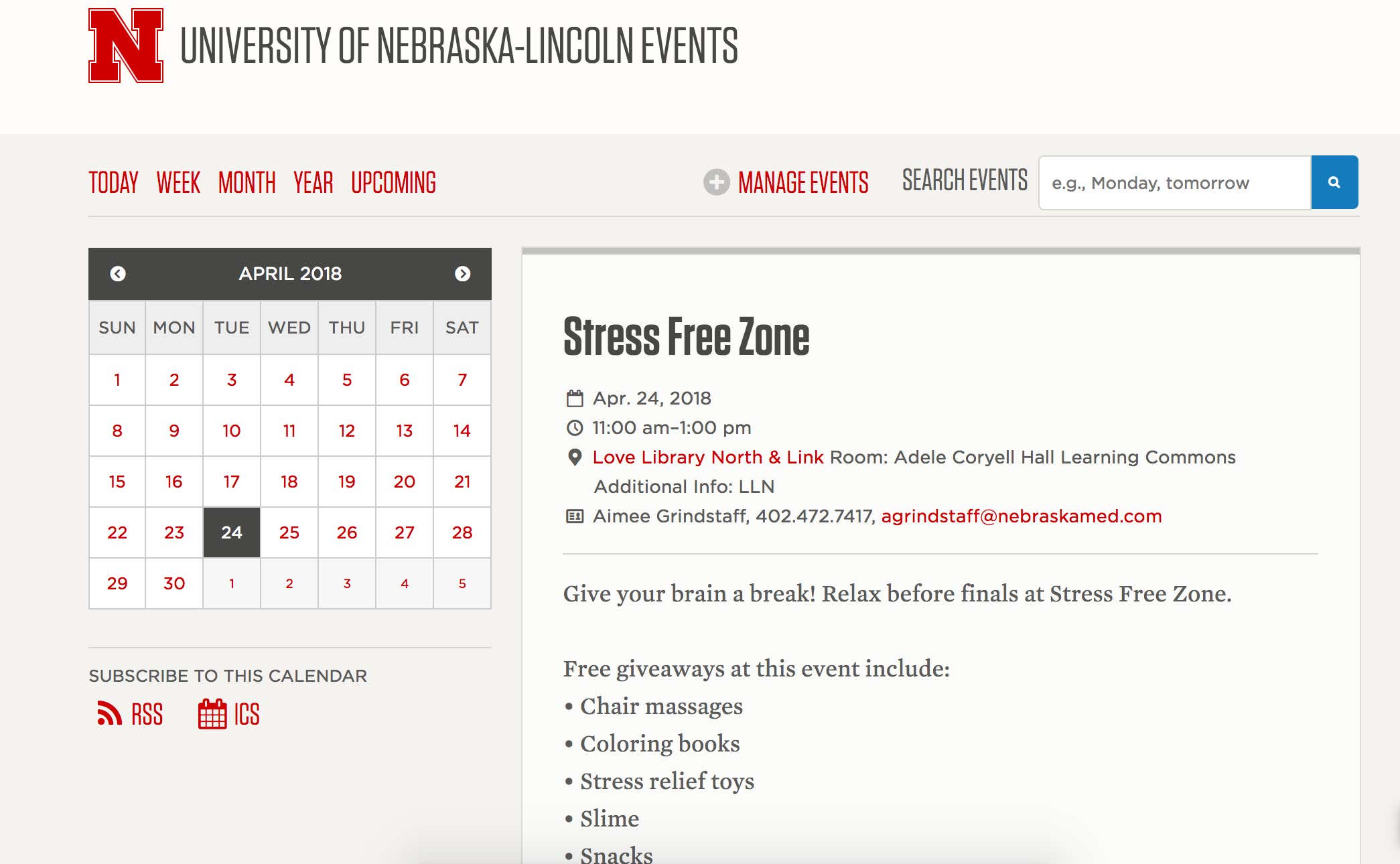 Ten students were trained to be caregivers for the llamas at the festival. 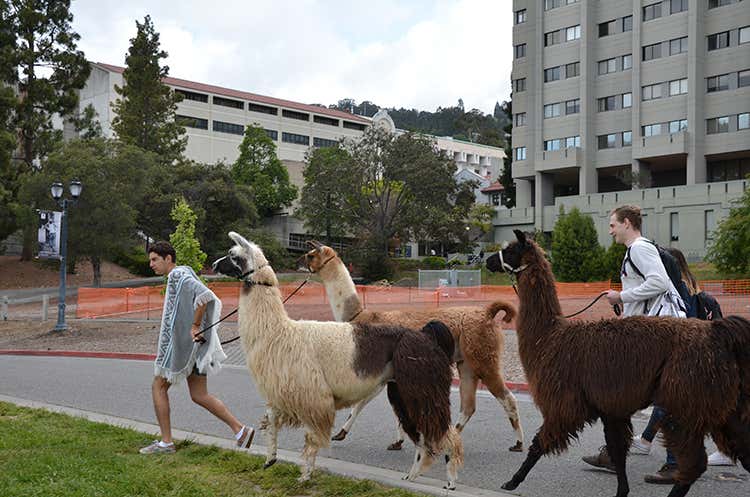 Hate to blow up this llama caregivers spot, but this really looks like there is a SERIOUS amount of cultural appropriation going on here: 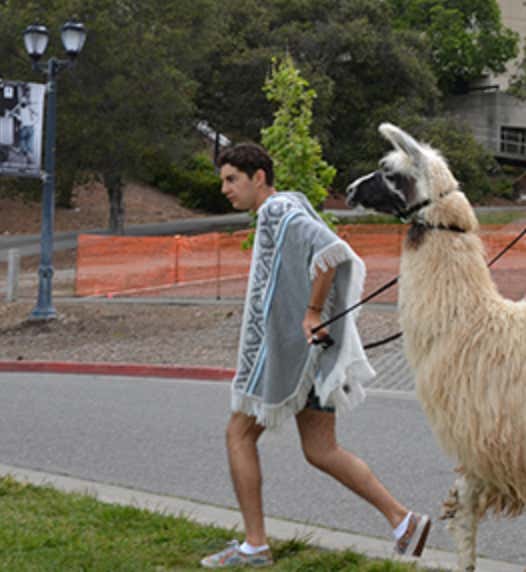 My culture is NOT your llama caregiver outfit!!!