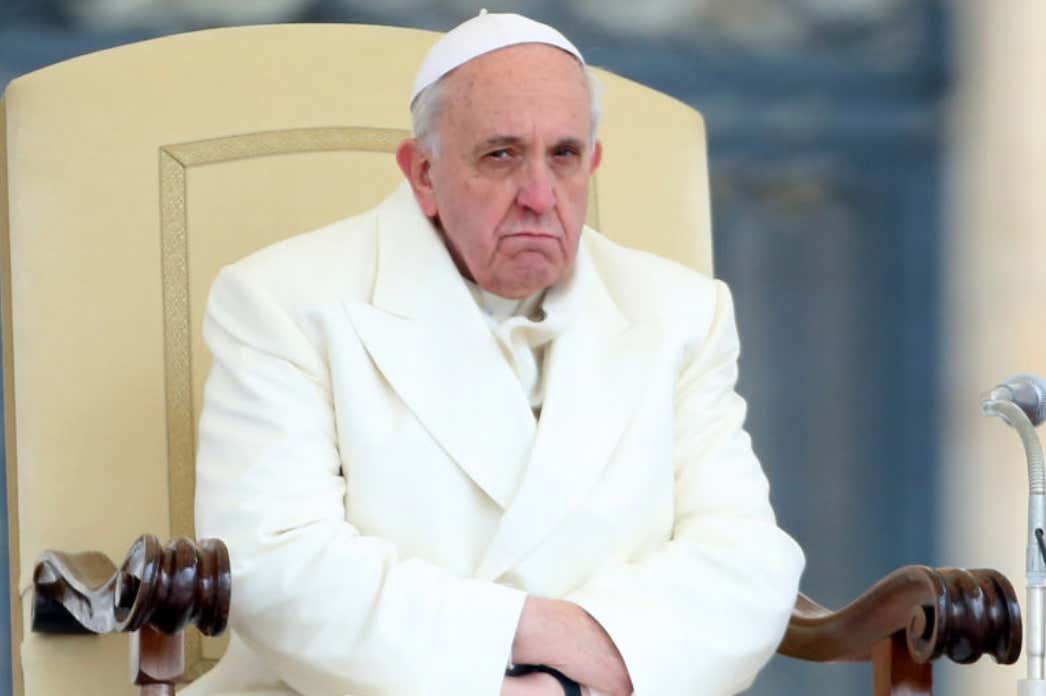 Daily Mail- The Devil is a ‘loser’ but is still able to trick people into giving him power, Pope Francis has told worshipers. During a homily at Mass in the chapel of the Domus Sanctae Marthae he said the devil ‘seduces us; he knows how to appeal to our vanity and curiosity and we buy it all’. Pope Francis, who lives in the building adjacent to St Peter’s Basilica in the Vatican City, made the remarks on Thursday, reports The Catholic Sun. He read from the gospel of St John which ends with Jesus telling his disciples ‘the ruler of this world has been condemned.’ That phrase refers to the devil, Pope Francis told the congregation. Since the resurrection of Jesus, he said, the Devil has been defeated. However, he still pretends to have power and still tried to influence people.  ‘He has this ability to seduce,’ the pope said. ‘He knows how to seduce us with the package without letting us see what’s inside. He knows how to present his proposals to appeal to our vanity, our curiosity.’ However, it is the case that often we like – even enjoy – being seduced.

Live look at the the Devil

Ehhhhhhhhhhhhh. Come on, Pope Francis. You gotta do better than that. Go to the rack harder or don’t go at all. Loser? That’s what we’re calling the Devil? You’re Cool Pope Francis. You’re the leader. You’re the big swinging cross. You’ve done the impossible and kinda sorta remade the Catholic Church’s image (not entirely, there’s still those decades and decades and decades of pedophilia). Cool Pope Francis didn’t make it this far as Pope playing it safe. He played it safe calling the Devil a loser. That’s Charmin soft. He’s gotta get vulgar with it. Call the Devil a fucking loser. Call him a punk ass bitch. Insult his mother. Get in the mud with him. That’s the only way the Pope can hurt the Devil. Or go the other way with it. Compliment the Devil. Confuse him. Play mind games. Call him awesome and relatable. Lull him into a false sense of security and then yell, “NOT!” The Devil will sulk away defeated. Calling him a straight-away loser ain’t gonna do it.