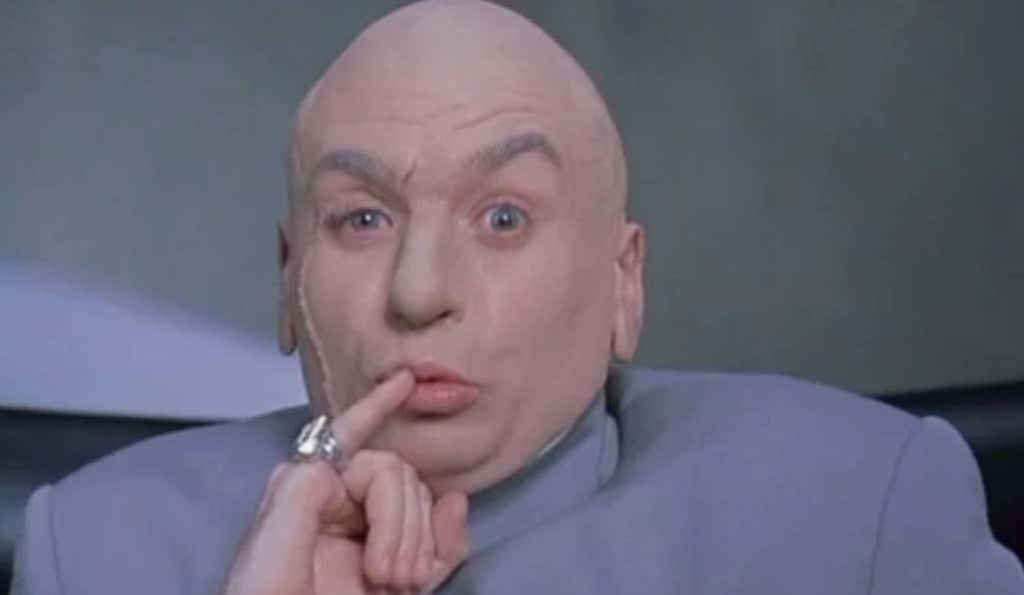 The 54-year-old Canadian spoke to ET’s Nischelle Turner on Tuesday at the Hollywood premiere of the heist thriller Terminal, touching on his new film, co-star Margot Robbie, and the possibility of him reprising his role as the infamously groovy British spy.

When asked about the glut of rebooted franchises, he said that he may not be done with his beloved Austin Powers series just yet.

“I would love to do a movie from Dr. Evil’s perspective. So it would be Dr. Evil 1, Austin Powers 4, is how I would roll,” he said. “Start the campaign, please. Thank you.”

How much money would I pay to see this movie?

I’ve long gushed about my love of the Austin Powers movies. I don’t think they get anywhere close to the recognition they deserve for being so incredibly funny. They can go toe to toe with any comedy out there. Every single scene, without fail, is laugh out loud funny.

Austin Powers is due for a comeback. It’s kind of sad that he wants to do a movie from Dr. Evil’s POV after we sadly lost Mini Me, but I think it’s what Mini Me would have wanted. Get the whole squad back together and make movie magic. Shit, make Austin Powers an empire like all these Avengers movies. Do a movie from everyone’s perspective- Scott, Frau, Alotta Fagina, everyone.

Mike Myers teases a new Austin Powers movie every 6 months or so, he has to just do it. It’s still crazy how over the top the first two movies were in 1997 and 1999. I remember seeing the 2nd one in theaters at 11 years old and how I thanked my lucky stars it was somehow PG-13. Sort of like when Enema of the State came out and it originally didn’t have the “Parental Advisory” sticker on it so I was allowed to buy it. Really shaped my life and hopefully we get one more Austin Powers movie so we can shape a new generation of smut bloggers.