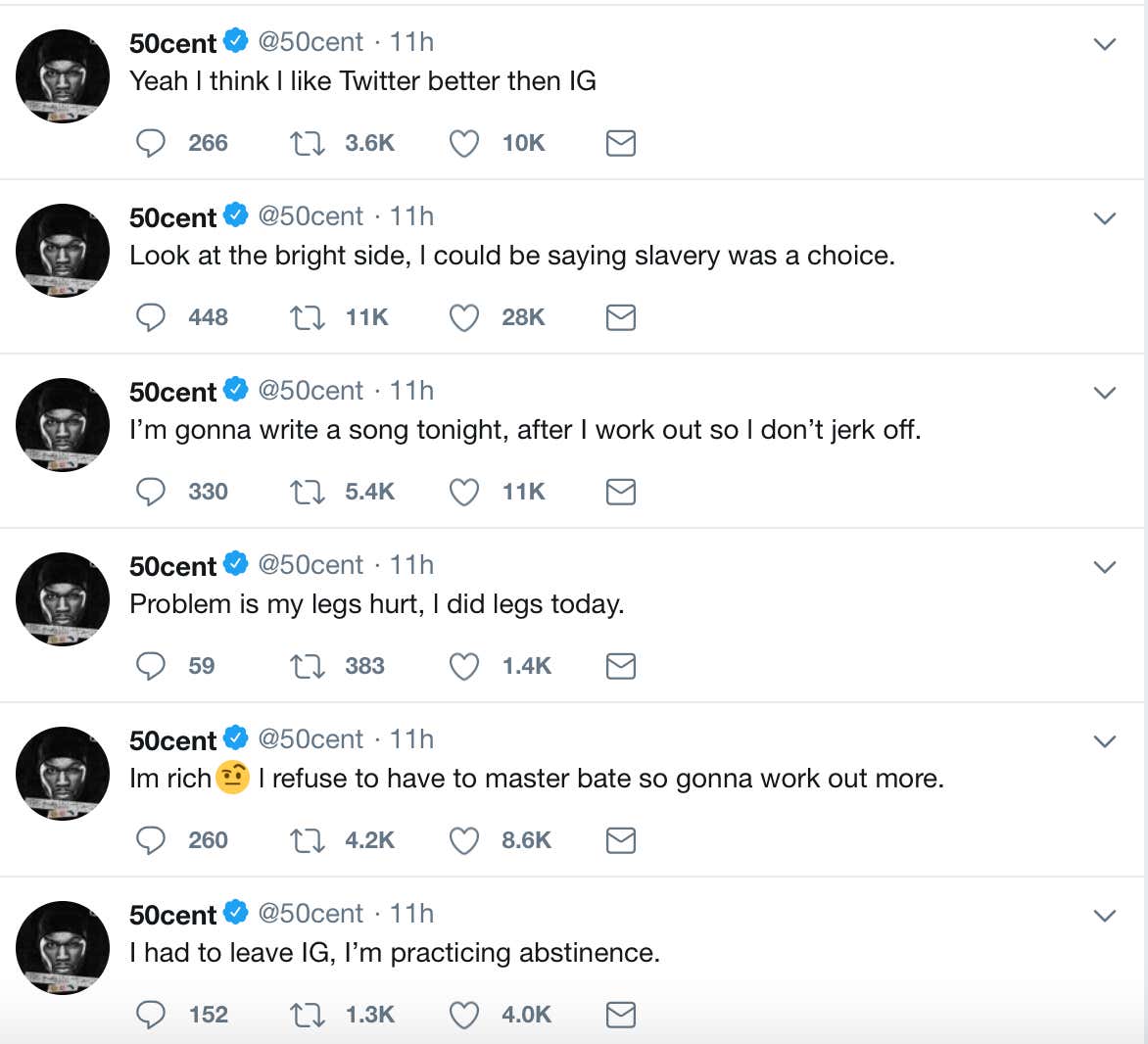 THE KANYE EFFECT! 50 Cent is back on Twitter! Twitter should be paying Kanye soooooooooo much money. He made Twitter relevant again. Twitter was never irrelevant but Kanye for sure made it more relevant. 50 Cent even alluded to Kanye with his slavery tweet. If Twitter releases their numbers, I guarantee their engagements numbers have gone wayyyyyyy up since Kanye started going nuts. People who couldn’t care less about Twitter were hopping on and commenting on Kanye’s tweets, 50 Cent included.

Sometimes I forget just how weird my president 50 Cent is. Then he returns to Twitter and it all comes rushing back. Like what the hell is he even talking about? Master bate? Leg day? He’s gonna write a song? And work out? So he doesn’t jerk off? Wild stuff. He is the best ever so he got that right. I love it. I’m very here for my favorite rapper of all time doing stream of consciousness tweets. If he was trying to top Kanye, he didn’t. But he gave the ol’ college try.

#NeverForget (although as a 50 Cent fan, I’d very much like to forget cause their careers went in town very different directions after this magazine cover) 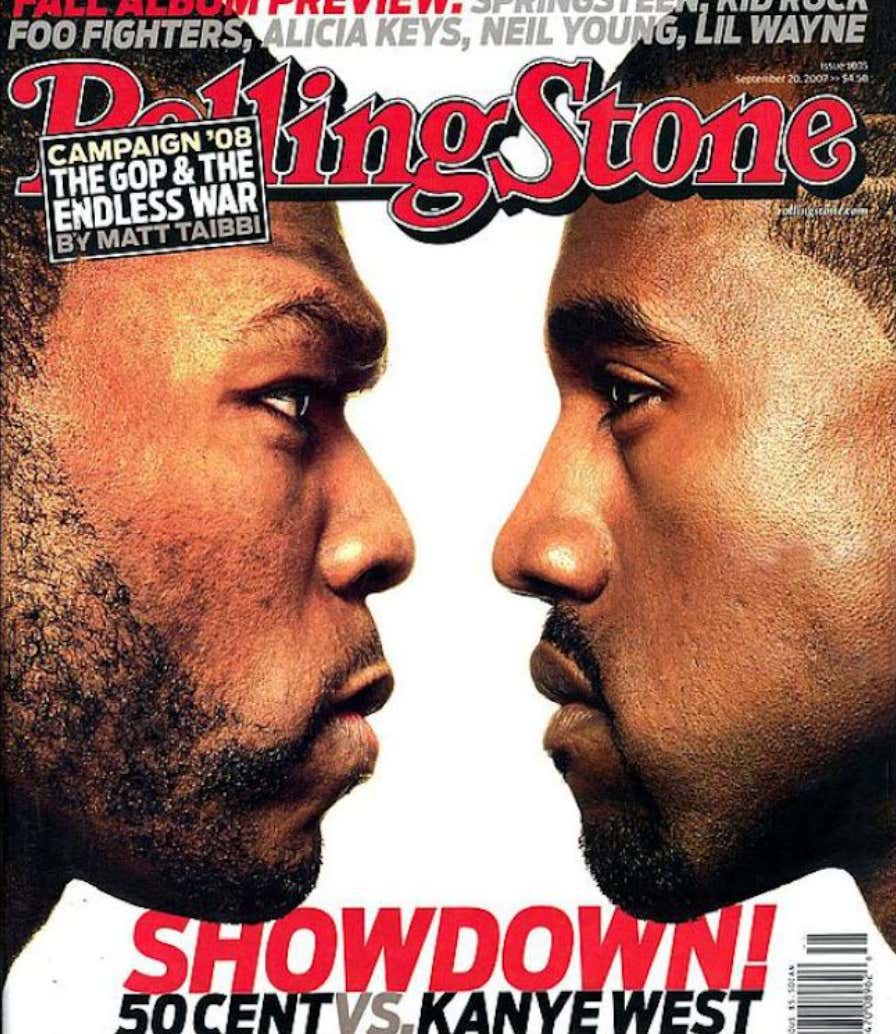