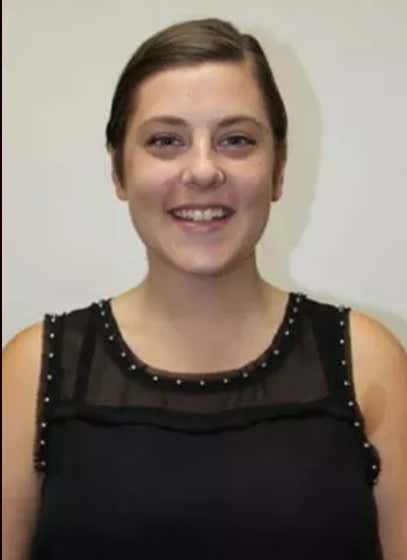 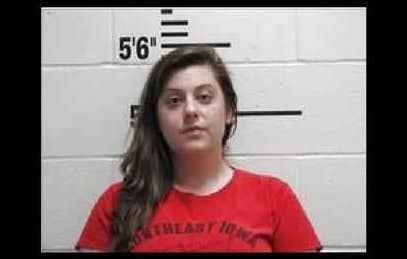 Iowa – A teacher at Howard-Winneshiek Schools formerly employed at Charles City Schools has been arrested for allegedly having sexual contact with a male student.

Tiffany Marie Ranweiler-Oblander, 29, of Decorah, was arrested Friday for felony sexual exploitation by a school employee. …

Court documents said that according to video interviews, “the student and Tiffany engaged in sexual conduct at the student’s residence.” Police said the four incidents happened between March and April at the student’s home. …

A deputy received a cell phone belonging to the student as evidence, as well as a USB with recorded interviews, a report by Cresco police and a signed statement from the student.

In honor of Teacher Appreciation Week, when educators all across the country are being honored by a grateful nation, showered with cards and gifts from students for all they do and being offered free meals and discounts by restaurants in a gesture of giving back, isn’t it about time we do something for the Sex Scandal Teachers? Maybe give them a week of their own? Just seven days out of the year when they’re free to head down to their male student’s houses and sexual contact like Tiffany Marie Ranweiler-Oblander here without being hassled by the man? Think of it as The Purge for SSTs. A chance to let off the steam of all that pent up sexual tension so that the other 51 weeks they can focus on education, book learning and standardized tests. It’ll make for a stronger America and keep nob-crazed lunatics like Mrs. Ranweiler-Oblander in the classroom, where they belong.

Also, thanks to everyone who sent me this: 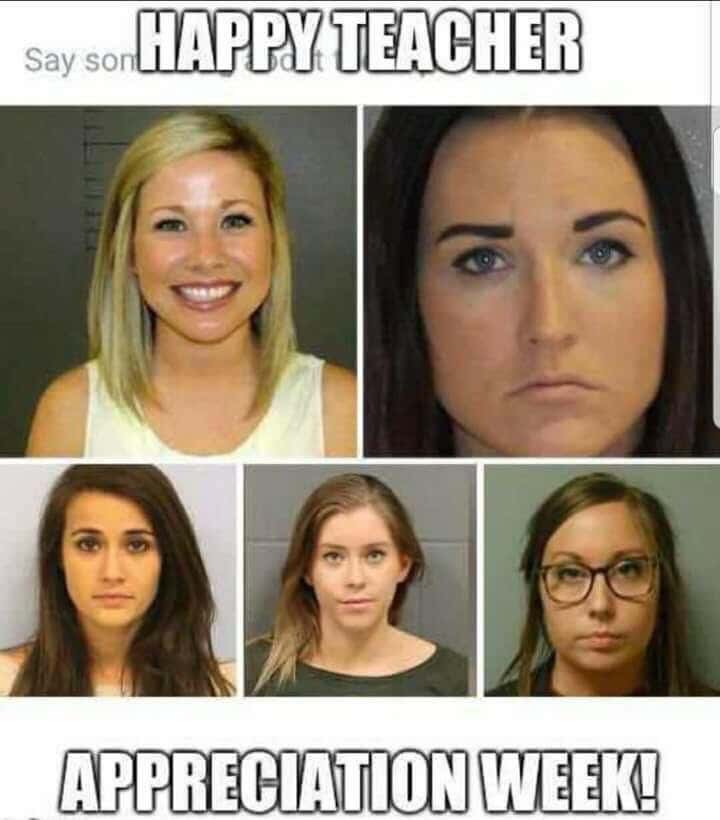 The Grades:
Looks: Attractive but not overly attractive. Cute, but not super cute. Tiffany Marie has never been the prettiest one in any group, nor has he ever been the least pretty. She’s perpetually the third most attractive one in the commercial where a group of girls is singing in a car.
Grade: B-

Moral Compass/Bad Judgment: There’s not a ton going on here. We’ve got four encounters apparently. And I imagine there’s something for cops to glean off the confiscated phone. But other than that all we’ve got is she’s accused of cheating on her husband by a student of unknown age. Since that is basically the bare minimum to pass the test, I can’t give her anything more than a
Grade: D+

Intangibles: “Tiffany Marie Ranweiler-Oblander of Howard-Winneshiek Schools” is a lot to have to write with so little payoff. She’s either got to shorten her name, come up with a short nickname like a rapper or have better Teacher Sex, or else I’m never writing about her again.
Grade: D