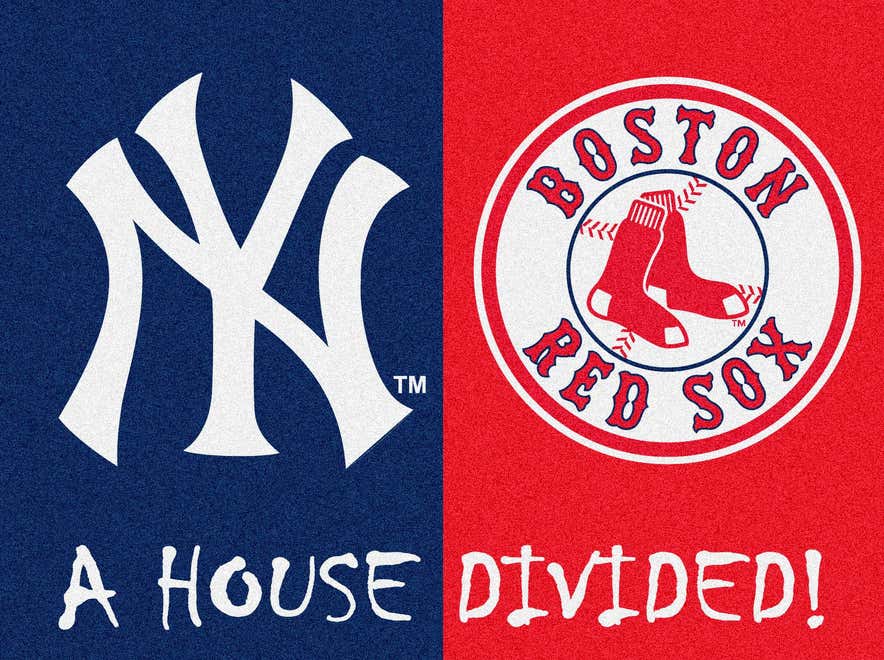 It’s Red Sox/Yankees here in New York this week. And after last month’s incredible melee, I’m really hoping for some drama to pop off. The rivalry is BACK. Plus, who doesn’t love a good baseball fight?

Luckily, the potential for drama this week was escalated when Dave allowed Carrabis, Frankie and Hubbs to go to The Bronx for all three games this week. All for the sake of content, of course. These guys NEVER stop arguing about the Sox and the Yankees. Ever. It’s actually exhausting, to be honest.

It’s also no secret that Jared can be a capital A asshole when it comes to antagonizing people. I mean, just take a stroll through his timeline sometime.

On last night’s Evening Yak, Rone and I discussed if we thought somebody would  try to fight Jared just because he walked in to Yankee Stadium. People called in wanting to know where the Barstool crew was sitting. One guy claimed he wasn’t trying to inflict any physical harm, but just wanted to start a chant. Likely story.

And the more we talked about it, the more realistic it seemed. Jared was walking right into the lion’s den and calling it a “piece of shit”.

Of course Yankee fans hate him. I mean just listen to this guy.

Not only did we think he might have to actually fight, we also wondered if Frankie and Hubbs would even step in to help.

The Yankees went on to win 3-2. Unfortunately, nobody got plunked or started a fight because the game was so close. I’m still holding out hope for another brawl.

But unexpectedly, the three amigos showed back up to HQ around 11:40 pm and crashed Hi Haters. It’s going to shock you, but they were STILL arguing. Chaps and I barely got any actual words in.

But a few questions were answered:

1. Nobody tried to fight Jared.

In fact, the opposite happened. A female Yankee fan asked him to show her the bathrooms followed by a wild sexual proposal. I’ll let him share the details, but I’m told he declined.

2. Frankie and Hubbs would not step in if Jared was getting his ass kicked. They’d film it.

3. It’s only May and they know how ridiculous it is that they are acting like this already.

4. Jared’s not at all worried about taking the L last night despite them being tied for first in the AL East.

TBD on if Jared gets punched. Or gets offered sex. Because apparently there’s no in between.