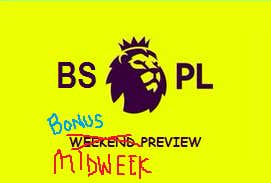 There is some huge stuff going down behind the scenes in the soccer universe at the moment that probably isn’t getting the attention it deserves considering the MASSIVE ramifications for the sport, and I am not sure that right here right now is the place or time to dig too deep into it, but as your resident sissy sport spirit guide I figured it was at least my duty to bring it to your attention in case you want to do some digging of your own and get fully up to speed on things.

The quick and dirty explanation of what has actually been disclosed publicly is that an “international consortium” – i.e. groups with more money than god – have offered to take over the “Club World Cup” competition that few people pay attention to at the moment (because it is held in the middle of the season somewhere in Asia and always won by whatever European/La Liga team that is invited), and change it into a 24-team tournament that is played every four years and would essentially rival the actual World Cup, albeit on a slightly smaller scale and with a bit (though probably not a lot) less nationalistic fervor attached.

It has been known (or at least believed) for several weeks now that this “consortium”, the participants of which are mostly undisclosed but includes Japanese “conglomerate” Softbank and other Asian investors, has offered $25 billion – that’s billion with a B – for rights to the first three such tournaments AND for rights to a new “competitive global league” for national (think England not Man United) teams.

That is about where the facts stop and the rumors, speculation and intrigue begin. Suffice to say though that this concept – involving consortiums and conglomerates and other big and shadowy words and groups that nobody seems to be able to define but everyone knows quietly run the world – could dramatically reshape the way that you and I consume jogo bonito. So the entire point in bringing this to your attention is that it is something you should pay attention to in the days, weeks and months ahead.

I don’t know enough about it to have a solid opinion on whether it is “good” or “bad” at this point. The details are sketchy after all, and a lot of “reports” suggest that a bunch of the world’s biggest clubs are vehemently opposed to the idea. But there is a TON of money attached, which means one thing: FIFA is interested. 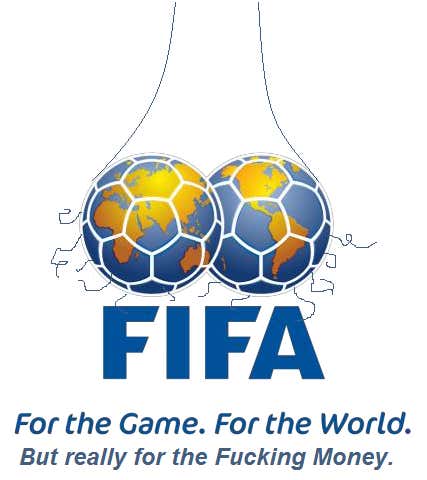 There is something that I will admit at this early juncture is rubbing me the wrong way about the whole thing, and that is how quickly Gianni Infantino (recently installed big-swinging dick at FIFA’s cracker factory) seems to trying to get this concept off the ground. He took the highly unusual step of calling an “emergency meeting” late last month to discuss it, and apparently wants the first tournament to take place in 2021. In other words he wants to completely change the landscape of club soccer in the world, potentially killing things like Champions League, and he wants to have it all ready to go before the next World Cup. Aside from having SERIOUS reservations about the plausibility of the timeline, one reason I can’t help but be extremely sketched out by this is that Infantino won the FIFA presidency election by promising a whooooooooole lot of shit to a whoooooooole lot of people, which is all well and good (sort of) until it comes time to PAY for all those fun things. A cool and immediate $25-billion injection of cash would go a longgggggggggg way towards allowing him to pay for whatever the hell he/FIFA wants – detrimental impacts and unintended consequences for soccer be GOT damned.

Now you know as much as I know about something some of you probably didn’t want to know anything about. But I will not apologize for trying to keep you woke to what is going on in the world of soccer. That is my remit after all.

But enough about deep, dark, sinister sounding plots to shake soccer to its core. Let’s turn our attention back to there here and now, and specifically on the increasingly interesting battle for top four in the EPL where Spurs are threatening to do their usual late-spring implosion and Chelsea, after sucking for much of the season, are licking their chops thinking about snagging a coveted Champions League spot.

So let’s take a look at what’s what…

I’ll keep it short and jump right to the table as things stand right now: 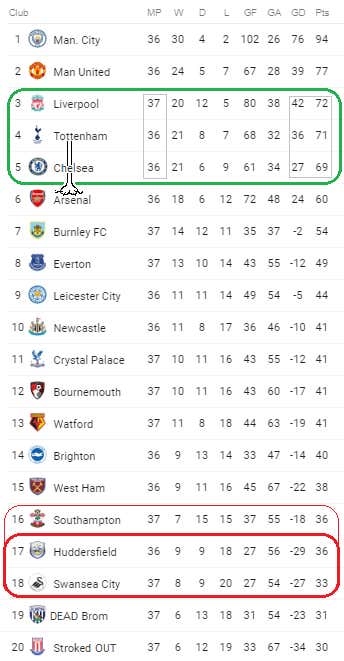 Graphic is pretty self-explanatory but essentially the clubs in the various boxes are – barring numerous overlapping miracles – the only ones with anything to play for at this point.

Big Cat’s dearly beloved Swans are in deep, deeeeeeeep doo-doo after losing at home to Southampton yesterday. They still have a clear path to survival, but they need some help and are going to have to be big Chelsea and Arsenal fans for a week. Unfortunately for them its gonna take a lot longer than that to wash that stink off – even if they do end up finding a way to avoid relegation. (PS: apologies to Dead Brom who, despite an incredibly valiant last minute push, officially died in their sleep yesterday. #GoneTooSoon) 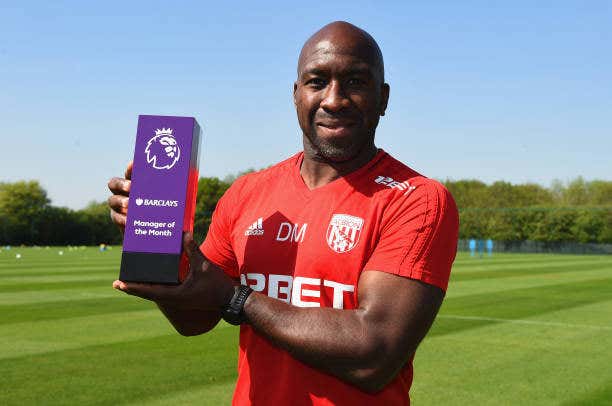 Thanks for trying though!

As for the remaining midweek schedule of games today and tomorrow: 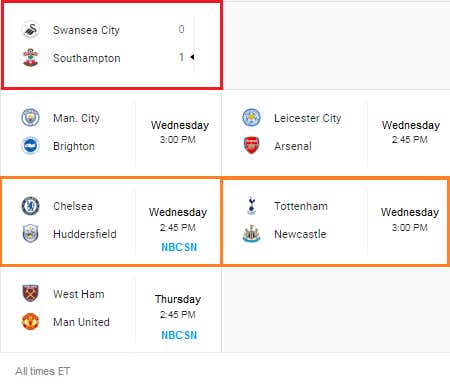 NBCSN rightly chose this game to televise since both teams have something to play for. The scenarios for each are:

Chelsea: eliminated from top four with a loss or draw and Spurs win. Any other scenario and the race will still be on come Sunday when Chelsea play at Newcastle (suddenly the kingmaker of the Champions League race) and Tottenham welcome Lester to Wembley.

Huddersfield: assured of safety with a win or a draw. A loss would mean everything comes down to Sunday That said, the Saints have looked a fair bit better in recent weeks, if only because Swansea just plain can’t score any damn goals. They have scored a single goal in two of their last seven games and haven’t scored multiple goals in a game since their last win over West Ham – when the Hammies were in the middle of a club-wide mental breakdown – in early March.

Chelsea were not exactly “convincing” in their win over Liverpool on Sunday but then again beating Liverpool in the form they have been in (in Europe anyway) is nothing to sniff at just now. The Blues defense looked pretty damn impressive against one of the more fearsome and in-form strike forces on god’s green earth at the moment.

In its last game, Huddersfield showed just what a hungry team can do by parking the bus and holding mighty City – albeit a City team with nothing to play for other than trying to break some more records – to a nil-nil draw.

Can the Terriers do it again? They sure as shit are going to try going with the same game plan of sitting deep, inviting pressure and hoping Chelsea don’t take their chances. Strange to say but Olivier Giroud’s size and aerial ball-winning skills may actually make him a bigger problem for Huddersfield’s defense than City’s menagerie of (admittedly world class) Mighty Mice. Chelsea to win 2-0.

Similarly long odds for Newcastle, and if you aren’t at least thinking about sprinkling some money on them then you must not life money. The problems for Spurs are two-fold: (1) the team itself is emotionally spent after crashing out of the FA Cup and assuring themselves of yet another banner-filled, trophy-less season, and (2) Harry Kane is not even close to 100%, yet Poch keeps throwing him out there game after game. This has been bad news for both Spurs, for whom he is not being his normally productive self, as well as for England, who are really going to need him at 100% to have any shot of making waves in the World Cup.

So as blasphemous as it might sound, I wouldn’t mind Poch giving Kane some rest and putting Son Heung-min up top, where the likes of Lucas Moura, Christian Eriksen and Dele Alli can work off the lively (and healthy) South Korean.

Obviously that ain’t happening though, so Spurs fans are basically forced to hope the team have a little more gas in the tank than they showed in the listless loss to Dead Brom on Saturday. I’d say the best thing they got going for them is the fact that Newcastle has absolutely nothing to play for. Gulp.

Tottenham to win 3-1 on a brace from Sonny.

Other picks (in hopes of maybe getting one right):

LESTER vs ARSENAL: The Foxes have gone into hibernation for the summer. Arsenal to win 2-1.

WEST HAM vs UNITED: The Soccer Succubus is nothing if not wily, and with the FA Cup final his only real focus at the moment it’s a good bet that the Red Devils play a weakened side on Thursday. West Ham to win 1-0. 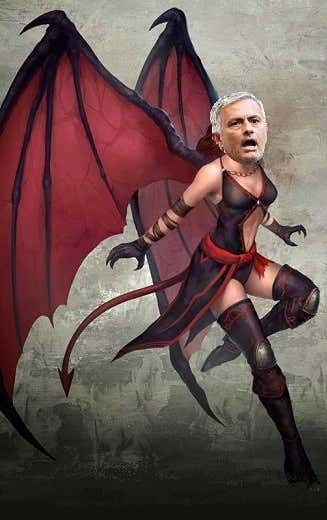 So there we have it. Back on Friday to preview what is still at stake on Sunday… my heart is praying there won’t be much to play for but my brain knows my heart is almost as dumb as my brain.