BBC- Hip-hop star Dr Dre has lost a long-running trademark dispute against a gynaecologist with a similar name.

The case was first lodged in 2015, when Pennsylvania-based gynaecologist Draion M Burch tried to trademark the name Dr Drai.

Dr Dre objected, saying the similarity could cause “confusion”, especially as his near-namesake wanted to sell audio books and seminars under the moniker.

Given that the doctor’s typical fee for a speaking engagement is $5,000 (£3,700), the consumer would be likely to exercise a “higher degree of care” than someone making a casual purchase, [the trademark office] said.

Mr Burch had also argued that consumers would be unlikely to confuse the two names “because Dr Dre is not a medical doctor nor is he qualified to provide any type of medical services or sell products specifically in the medical or healthcare industry”.

He further testified that he did not seek to trade on Dr Dre’s reputation because the association would be “a bad reflection on me as a doctor” – citing lyrics he characterised as misogynistic and homophobic.

The gynaecologist is the author of books such as 20 Things You May Not Know About A Vagina and describes himself as one of America’s top health experts.

This case may be old news, but it’s the first I’m hearing of it and boy does it tickle me silly. The fact that THIS GUY: 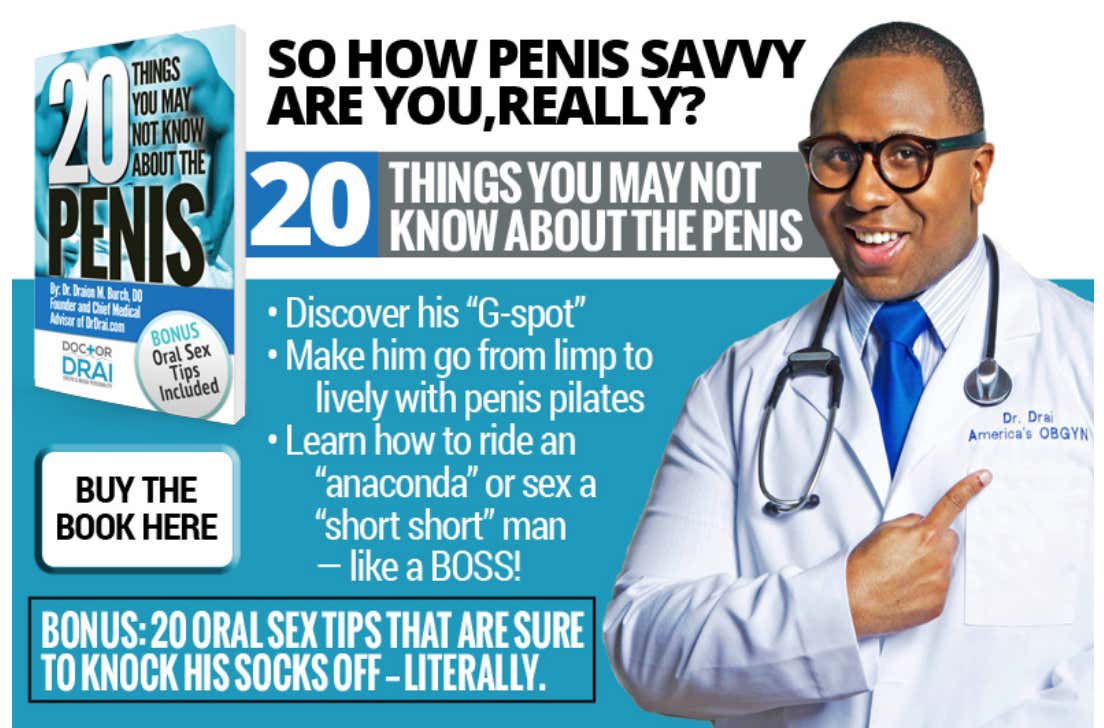 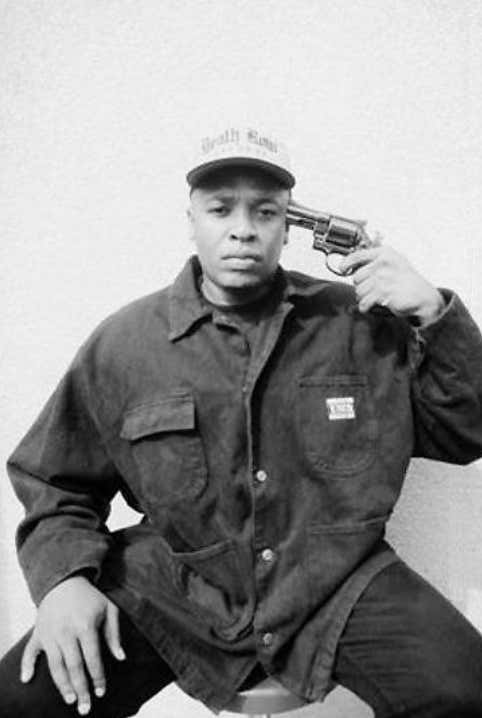 … are concerned that people will confuse them for each other? Incredible. Imagine negotiating a fee of $5,000 for Doctor Drai to come speak at your local Courtyard Marriott, thinking you were getting the hip hop legend, and having this actual gynecologist show up with a “20 things you may not know about the penis!” power point. You watched The Defiant Ones, you know all the words to Forgot About Dre, and you cannot BELIEVE that Dr. Dre is only charging $5,000 for appearances! And we thought he was a billionaire!! Is no one buying Beats anymore? What a steal.

But instead, you get Dr. Draion M. Burch, who will help you:
• Learn how to keep it fresh “down there”
• Discover his “G” spot
• Learn the do’s and don’ts of handling an uncircumcised penis
• Make him go from limp to lively with penis pilates
• Learn how to ride an “anaconda” or sex a “short short” man — like a BOSS!

You think Dr. Dre is going to give you the do’s and don’ts of handling an uncircumcised penis? You think the founding father of NWA and gangster rap knows anything about penis pilates? For sure not. Talk about an upgrade! Who wants to hear about dodging drive-bys in Compton when you can learn how to ride an anaconda… like a BOSS! I’ll take my chances with Dr. Draion Burch, the real Dr. Drai.

Fortunately, the trademark office doesn’t seem to think that anyone will confuse these two. Apparently, they feel that Dr. Draion is such a high-profile doctor/legend that anyone engaging him for a gig will know they’re not getting Andre Young, arguably the greatest producer/emcee ever. God, to be a fly on the wall when the trademark office had to tell Dr. Dre the news. I would give a testicle to watch that exchange go down. I’m picturing some weaselly copyright lawyer with curly hair surrounding a massive bald top, holding a clipboard and ringing the doorbell of Dr. Dre’s California mansion.

“Yeah.” The rap titan is annoyed. He was working on some sick beats when this cunt arrived.

“Our office decided that Dr. Draion Burch is so renowned, and has achieved such high status with his penis and vagina books, that we don’t think anyone will confuse you two.” The lawyer sniffs, condescendingly, looking down through a pair of glasses that teeter on the precipice of his nose.

“Hmmm.” Dr. Dre is not amused. Time was, he would have murdered this guy.

“You can’t deny that Dr. Draion is a mogul. Do you know what a mogul is, Mr… excuse me, Doctor Dre?” The lawyer is starting to feel himself.

“I have an idea,” says Dre, telling himself to breathe.

“If you don’t, I would suggest this book. It’s a light read.”