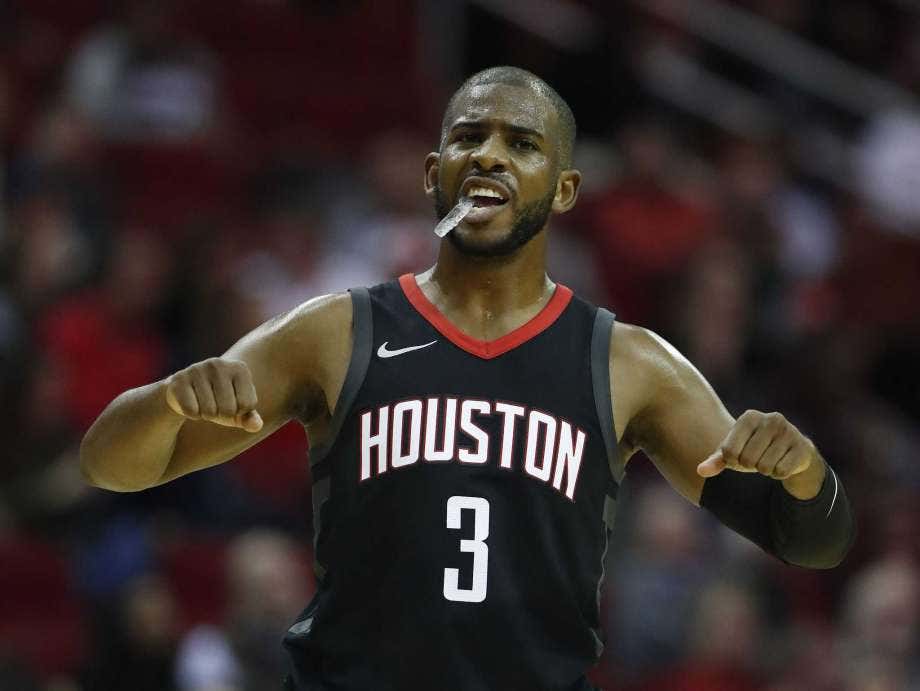 Chris Paul is one of the best point guards of all time. Chris Paul didn’t make a conference final until tonight. He wasn’t an individual failure in the playoffs before tonight. All three can be and are true. The positive here – especially if you’re a Chris Paul fan like I am – is the narrative is now over. You won’t have to hear about CP3 never making a conference final ever again, though I’m sure it will now be he never made one without James Harden or something dumb like that, because most narratives are dumb.

That said, let’s revisit some top moments of Chris Paul in the playoffs, because frankly he deserves it. First, we have to start with tonight. He flat out toyed with Houston all night and when the Rockets needed him the most he stepped up to the tune of 41 points, 10 assists, 0 turnovers and shot 59% from the field. I don’t care who you are, those are damn impressive numbers. Throw in the fact that Harden was pretty awful tonight and battled sickness, the performance was even more impressive. Take a look at some of these plays from tonight:

So let’s take the trip down memory road. This was obviously his best playoff game all things considered. But, a close second? How about Game 7 against the Spurs in 2015? Battling a pretty nasty hamstring injury, Paul still dropped 27 points and 6 assists. Oh, he also hit this:

On the flip side you can look back at 2008. New Orleans led San Antonio 2-0 in the conference semifinals. Paul was unreal, scoring 30 in game 2 and had an even better game 3. However, the Spurs won that game despite Paul putting up 35 and 9. This is the type of game that people tend to forget about when looking at Paul’s playoff history. Was it his fault they lost?

Now, there certainly are times you can blame Paul for a loss. However, that’s far and few between compared to how good he’s been in the playoffs. For instance the 3-1 series lead the Clippers blew to the Rockets a few years ago. Sure, I’ll listen to that and it’s part of his resume. But, in the grand scheme of things, it’s okay to talk about Paul and not being awful in the playoffs. He’s averaging 21 and 9 for his career in the playoffs with less than 3 turnovers per game while also shooting 48%. He has a PER of 25.4 in the playoffs. For comparisons sake he averaged 18.7/9.8 during the regular season for his career with a PER 25.6.

So, yes, it is fitting to celebrate him finally making a conference final. There has been some bad luck – having to go up against the Spurs, Lakers and Warriors his entire career. There’s also been failure, as I said losing that 3-1 series lead against the Rockets. But, ultimately, CP3 has been a damn good player in the playoffs. We need to stop building narratives just to have them. I know he’s not the most well-liked player, as I wrote about his on court antics throughout his career, but I’m pretty jazzed up to see him finally get to the conference finals. He’s too damn good to never have been there.