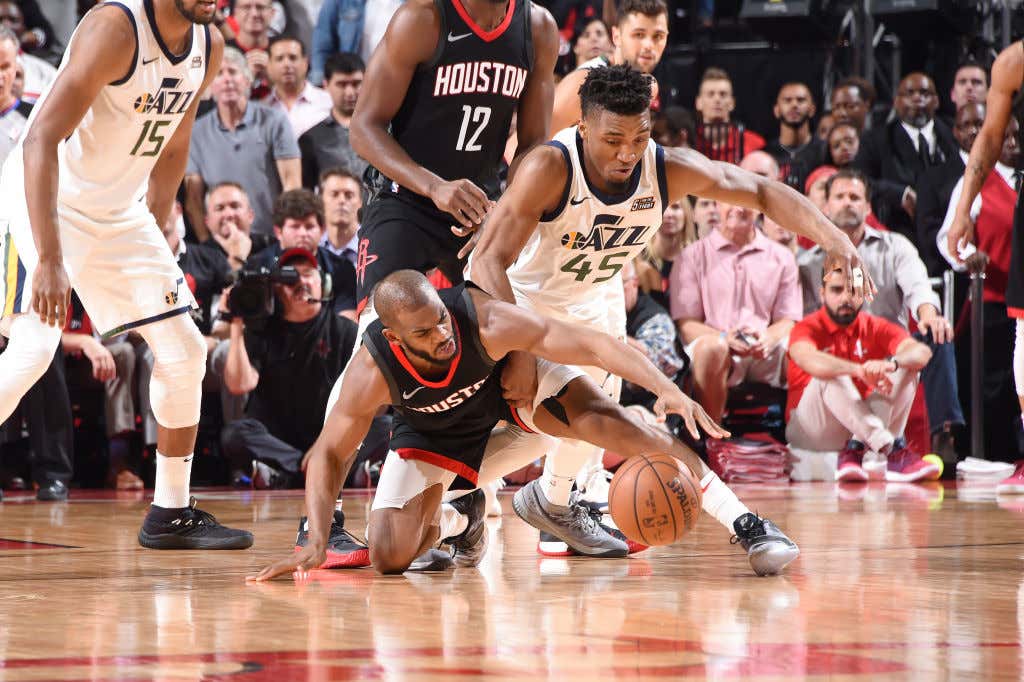 Well that was an extremely entertaining basketball game. Chris Paul was incredible down the stretch of that fourth quarter. I mean he went full on Point God on the Jazz and they had no idea what the hell happened. It was almost as if he took it upon himself to kill his postseason narrative. Just a little 41/7/10 on 13-22 shooting including 8 3PM. He finished this series with just 1 TO in over 100 minutes played, that’s pretty awesome. I don’t know how you could watch that performance and not love it. Truly big time basketball at it’s finest. And just like that, Chris Paul has made the Conference Finals for the first time in his career. Sure it took him 86 career playoff games to get there but who cares now.

For the Rockets this brings a sigh of relief, after it looked early like this may have been a pretty long series. But just as they showed us all year, they’re quite good. They didn’t even get that great of a night from Harden, Capela had just 5 points and 5 rebounds after dealing with foul trouble most of the night, but it didn’t matter. When Paul drops 20 in the fourth quarter that’s all you need.

Even though this was a gentleman’s sweep, it was still a fun ass series. Donovan Mitchell backed up his regular season and first round dominance with a great second round, even personally outscoring the Rockets by himself in the third quarter tonight. Unfortunately like they have so many times this season, the Basketball Injury Gods robbed him from us for the majority of the fourth quarter.

Jazz fans will be thinking all summer what may have been had Mitchell not gotten hurt. I wouldn’t stress too much about it, the Jazz had a great year and he has proven to be a bonafide stud. Franchise player like you read about. They’ll be back for sure.

We now can start to focus on the WCF matchup we all predicted and desperately want, because there’s no chance GS doesn’t close it out. GS/HOU may be considered by some to be the real Finals, and I for one cannot wait. Houston was the “better” team all year, the Warriors are a team full of basketball aliens. For those who are curious the Rockets won the season series 2-1, but you can throw that all out the window for this series. It’ll be a battle to the death, where the winner most likely wins the title. Buckle up.