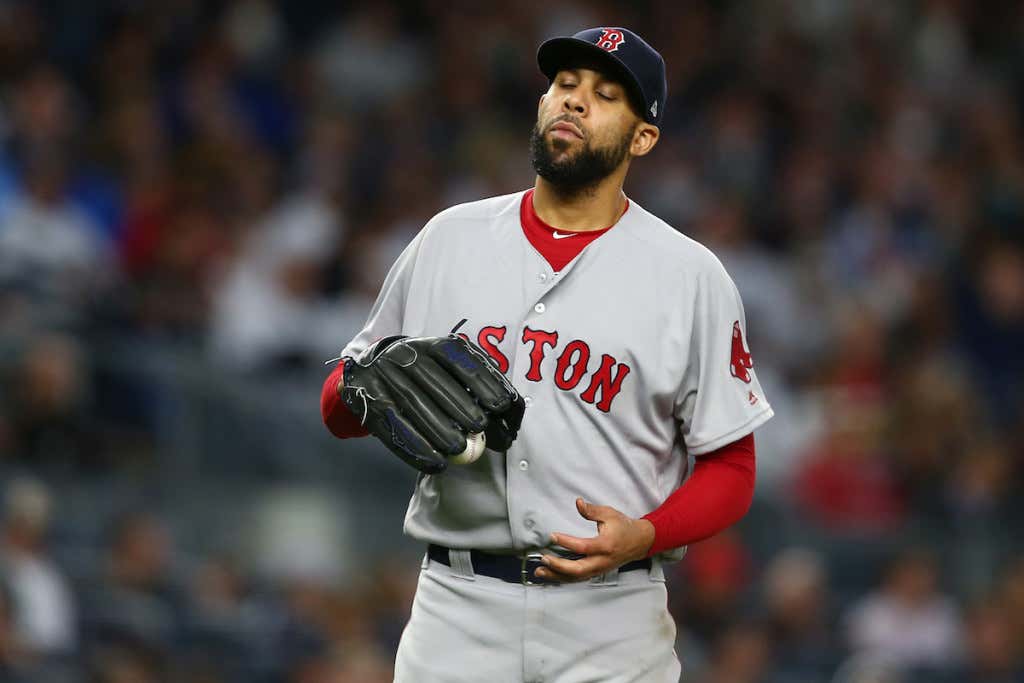 Welp. Davey Tingle Fingers is back, and I’m sure there are some of you who probably think that’s a good thing. It’s not. When Price was healthy this season, he had an ERA under two. Since then, he obviously hasn’t been the same pitcher, and that has been reflected quite a bit in the results.

I’m also sure that there will be plenty of Yankee fans and Red Sox fans alike who will take this as Price ducking the Yankees. Well, here are the facts. In the game that Price exited after just one inning his last time out against the Yankees at Fenway Park, the game that he first experienced the numbness in his hand, his average fastball velocity was 92.65 MPH.

Against Oakland and Tampa Bay on April 22 and April 28, his average fastball velocity was back up to 94.10 MPH and 94.65 MPH, respectively. His last time out against the Rangers when he got knocked around for seven earned runs in three and two thirds innings, his average fastball velocity was back down to 92.69 MPH. As Nick Cafardo noted, Alex Cora revealed that Price felt the numbness in his fingers prior to that outing.