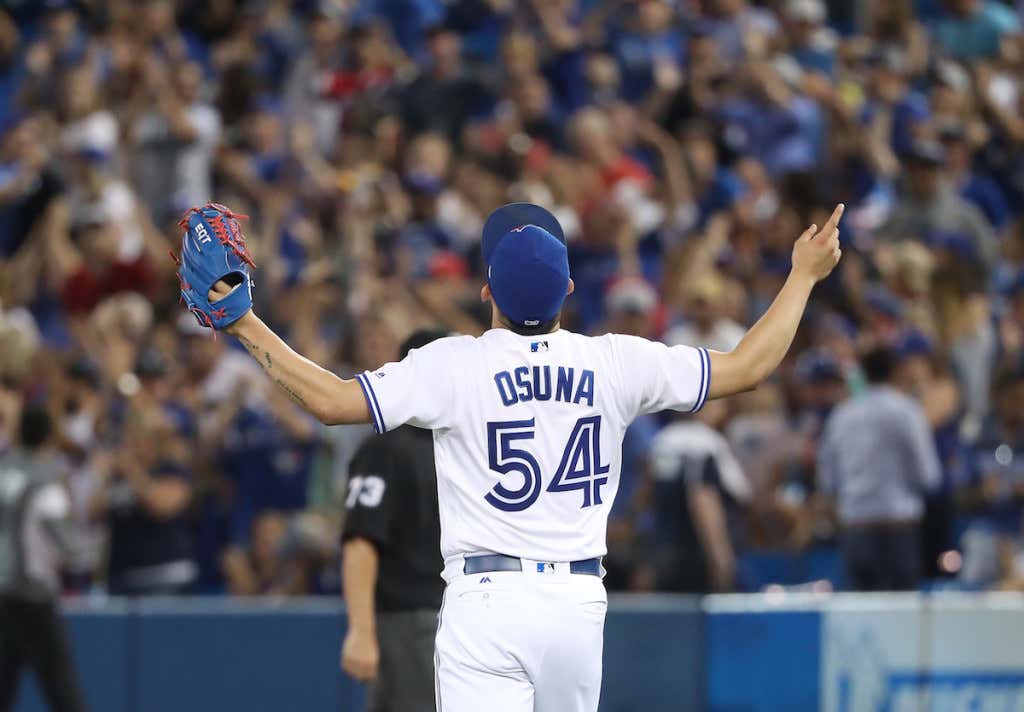 A month ago, Roberto Osuna became the youngest pitcher in history to record their 100th major league save. This morning, he was arrested and charged with assault. The victim was a woman, his girlfriend, which obviously makes this a thousand times worse. MLB has acted swiftly in the past, suspending players who have been arrested or accused of domestic violence, regardless of whether or not the charges were dropped.

Osuna has been released from jail and has a court date scheduled for June 18. Aside from the obvious reasons, this sucks a lot because Osuna has the best chance of anybody to challenge Mariano Rivera’s all-time saves record, and if he does, he’ll always be known as a scumbag because of this. And we all know how baseball fans feel when players that they really don’t like challenge the all-time records of beloved baseball legends.