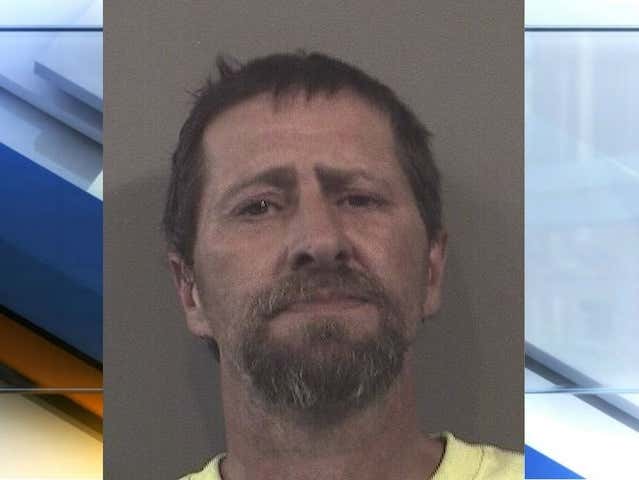 Source – A sheriff’s deputy was sent to the 5600 block of E 100 North in Franklin around 5:15 p.m. after a caller said a man wearing a neon green shirt, riding a red lawnmower, pulled into his yard and began to mow his grass.

The caller said he told the man to get off his property.

A Franklin police officer spotted the man headed west on his lawnmower on County Road 100 North.

The man was identified by his drivers ID card as Barry K. Ridge.

Ridge told the sheriff’s deputy that … he had three beers about an hour ago.

According to the police report, Ridge’s breath test at the Johnson County Jail registered .165. The legal limit in Indiana is .08.

Ridge was arrested on a preliminary charge of OWI with a previous conviction. His lawnmower was also impounded.

Ridge is currently awaiting trial on an OWI arrest from April 8, 2018, where he was reportedly on his lawnmower in a Kroger parking lot causing a disturbance.

First things first. You can get an OWI for driving a lawnmower drunk? Since when? And where exactly is the line drawn on operating vehicles? I’m asking seriously. I understand that you can’t take to the roads shitfaced on say, a Vespa, because those things have to be registered with plates and the whole deal. But if you can’t drive a mower drunk, does that mean you can’t drink and drive anything? An electric Razor scooter? One of those motorized coolers you can sit on? What about a Segway? A bike? A horse? How about one of those power carts all the Handifats ride around Disney in that take a half hour to load onto the bus with everyone else left standing there in the blistering heat? Are those illegal too? I’m not suggesting for a hot second you should be out on the road in any of them carrying a .165 BAC. But I’m legitimately surprised you can go to jail for OWI on a lawnmower. Unless there’s been some huge spike Sears Craftsman ride-on related fatalities I’m not familiar with, it’s a pretty stupid fucking law, if you ask me.

So my issue is not with Barry K. Ridge. It’s with that neighbor of his that called the cops. Let’s review. What was Barry’s crime for which this guy decided he just had to dime Barry out? Mowing his lawn. I think I speak for all property owners when I say that if anyone ever voluntarily showed up at my sprawling suburban estate and just started cutting my grass, I’m not even stepping out the door, never mind asking him to knock it off or questioning his sobriety. Bring it right the hell on. I’ve been mowing the lawn at Stately Thornton Manor forever. The one time I tried to make one of my kids do it he did such a pisspoor job of it I never asked him again. (Brilliant strategic move on his part.) So if by some miracle some drunken Barry K. Ridge happened upon the place, mower blade humming, the last thing I’d do is have him arrested.

But once again, here’s an example of “no good deed goes unpunished.” I have a comic buddy who does a great bit about how “did you ever notice that you never come-to in the middle of a black-out drunk to find yourself doing something good? No one ever woke up from being black-out drunk to find they spent the night collecting for the Jimmy Fund.” Here we have the first guy to ever try to help is fellow man and this is the thanks he gets. So let’s hope the judge takes mercy on him. Because until Barry K. Ridge is free, none of us can be truly free.