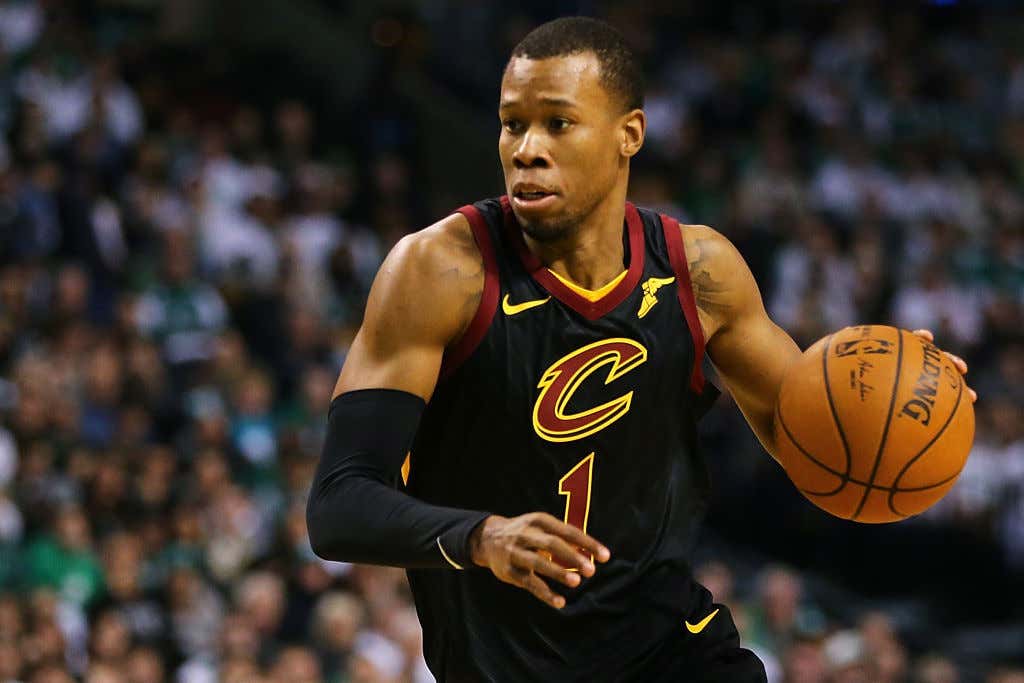 (CBS Sports) – The Cavaliers swept the Raptors, but apparently not everyone is thrilled. Rodney Hood, one of the Cavaliers’ trade deadline acquisitions, has struggled this postseason for Cleveland. His woes culminated Monday in coach Tyronn Lue taking him out of the rotation for rookie Cedi Osman.

Then, late in Game 4, after the Cavs had built up an insurmountable lead over the Raptors, Lue tried to get Hood in the game, The Athletic’s Jason Lloyd reports. But Hood refused, and Jose Calderon was subbed in instead. The moment came with the Cavaliers up 30 and 7:38 left. After a Lue timeout, he gave Hood the nod to get LeBron James off the floor. When Hood refused, veterans tried to get him to go in. When that didn’t work, Calderon entered the game.

I’m not sure I get what Rodney Hood’s play is here. He certainly isn’t the first player to refuse to re-enter a game, a certain someone named Scottie Pippen comes to mind, but that situation was a little different. Aaron Afflalo also did the same thing as a King a few years ago, but that I don’t really blame him for, who would want to play for the 2016 Kings. Last night though, this was mop up duty, in a blowout win and for whatever reason Rodney Hood thinks he’s above that? If he’s upset, it shouldn’t be with TLue for basically not playing him, he should be mad at himself for how he’s looked this postseason

If you remember, Hood was supposed to be the 3 and D guy that replaced the “toxic” Jae Crowder and give this Cavs team some additional shooting. Well what a difference a few months makes because now he is virtually unplayable. I don’t know how you justify that if you’re Hood, especially when you have guys like Lebron and Love giving their all carrying this team to yet another ECF. To me this wreaks of when Jabari Parker cried that his coach didn’t like him and that’s why he wasn’t getting minutes. Ignoring the fact that he’d been pretty brutal every time he stepped on the floor.

For Hood, this isn’t the best look because I don’t know if he knows this, but he’s a RFA after this season. If you’re a GM with money to spend this summer, are you all that impressed with not only Hood’s performance but his attitude? I’m going to say no. Not to me mention his injury history. It’s clear Hood is unhappy, but chances are he may have to stick around in CLE for a while if he doesn’t accept his qualifying offer, because who knows if there will be a Rodney Hood market out there this summer. I’m sure it’s frustrating to see guys like Cedi take your spot in the rotation, but refusing to come into a game is so soft. Play better and you’ll see the court. Hood is DEAD LAST on the Cavs in terms of Drtg, and also has the worst net rating on the team at -18.7. He actually hurts the Cavs by playing, and last time I checked the goal of the playoffs was to win.

He should be grateful Lue even trusted him enough to put him in up 30. Not sit on the bench and pout like a little baby. Sadly, this will not impact the Cavs one bit moving forward so you can hold off on the locker room crumbling with drama. Nobody on this team gives a shit about Rodney Hood and if he’s happy, they have bigger fish to fry.