Dave of course captured the essence of what it is to be a Patriots fan this time of year. This time that means one thing and one thing only: Tom and Gisele at the Met Gala. That annual soiree where they redefine glamour. Where they blaze with the dazzling light of a billion precious gems and crush the fashion world under their mighty designer footwear, causing all other celebrity couples to lose their will to live fabulously.

Last night was their ninth scintillating Met Gala. And as one who’s lived vicariously through the couple for all of them, here is my power ranking of their couture down through the years, from “Captivating” to “Most Captivating”: 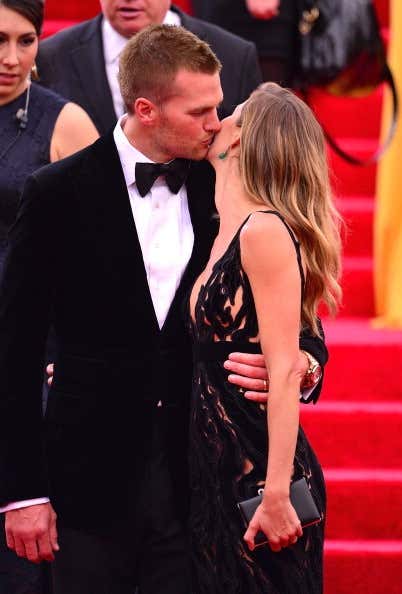 This was both them coming dangerously close to putting the “basic” in “basic black.” Tom was at this point 10 seasons removed from his last championship. With his standard issue SuperCuts boy’s regular hair style. Gisele in an alluring but quietly tasteful dress. They were barely trying on this one. And still exponentially more attractive than any other couple present. 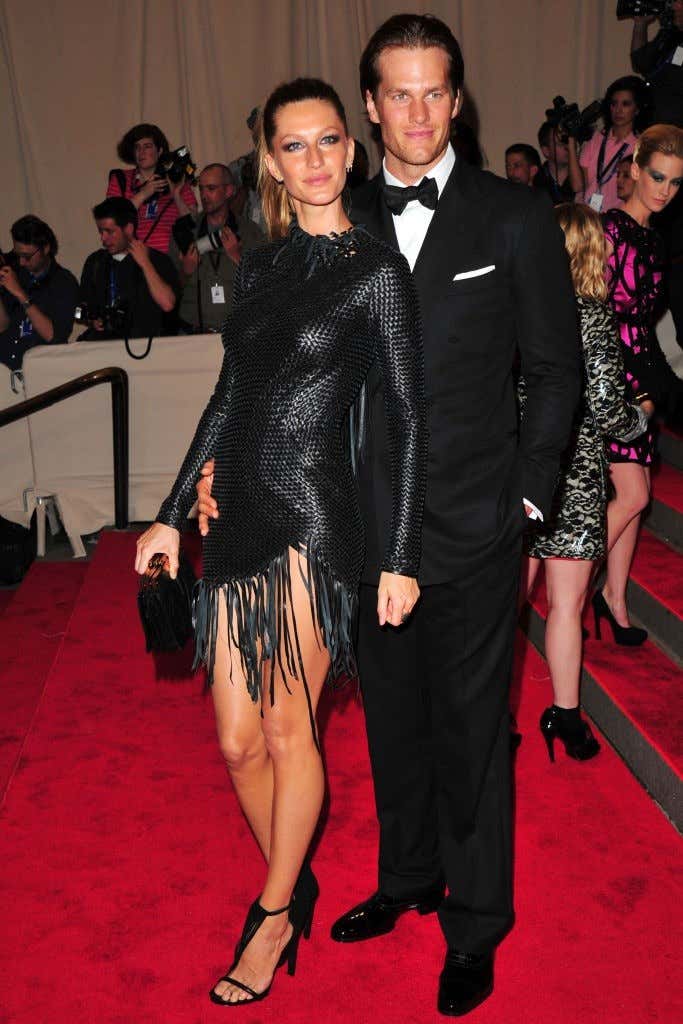 This was Gisele about five months after giving birth to her second child. And Brady in a fairly common Prom rental tux, but still in the later stages of his long hair phase. Culminating in a gelled, slicked back “Mr. Grey will see you now” look. 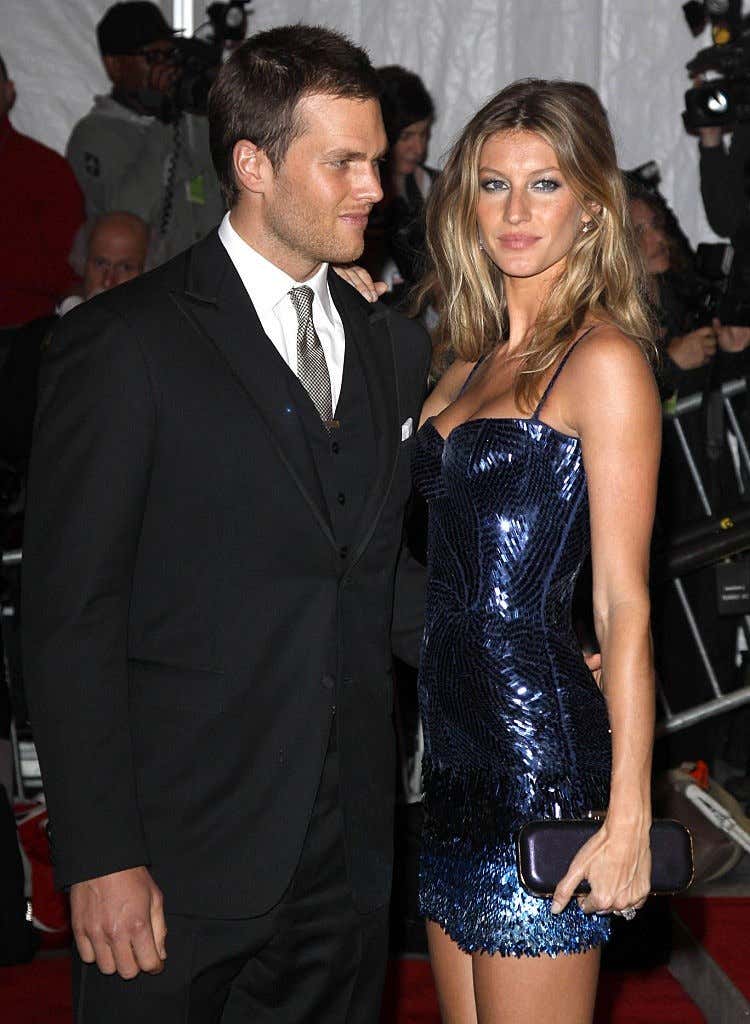 This was Brady coming off his lost, ACL-tear season, getting back in the game in a contemporary wedding tux. And Gisele could power a developing nation with the solar reflection of the blue mini dress. 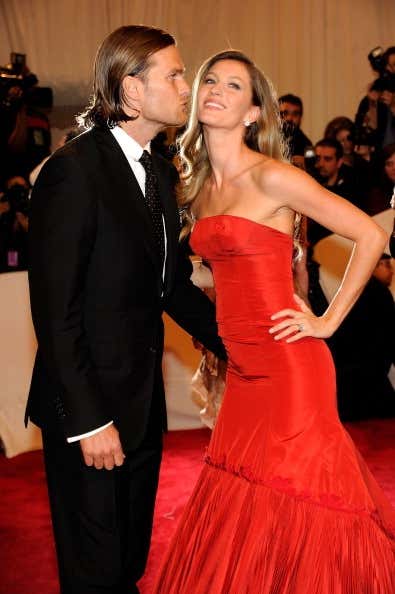 This was the height of TB12’s most controversial style period. The long haired Tom of The Brady Six and Brady crying meme fame. When every mom in New England wanted him to cut it short and Pats fans openly wondered if he wasn’t being Yoko’d by Gisele. But I’ll be damned if he didn’t wear the shit out of that look. And her shoulderless red dress was the kind of thing that makes the E! Oscar Night panel cry genuine tears of joy that they answered the call to become fashionistas. 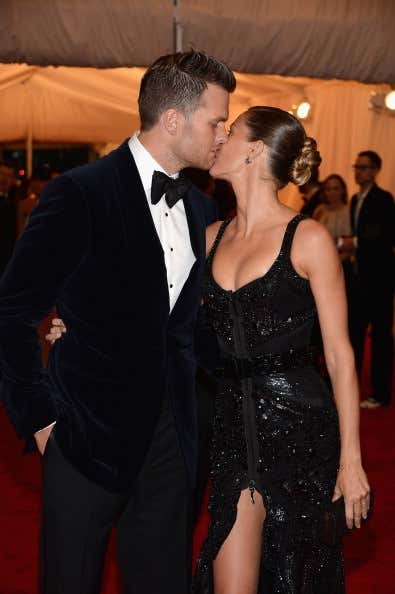 Blue velvet jacket. Fauxhawk. And cleavage. And for a brief, shining moment the loss in The Super Bowl That Shall Not Be Named II went away. Perhaps her husband could not “fucking throw the ball and catch the ball at the same time,” but he could dress amazing and look amazing all the time. 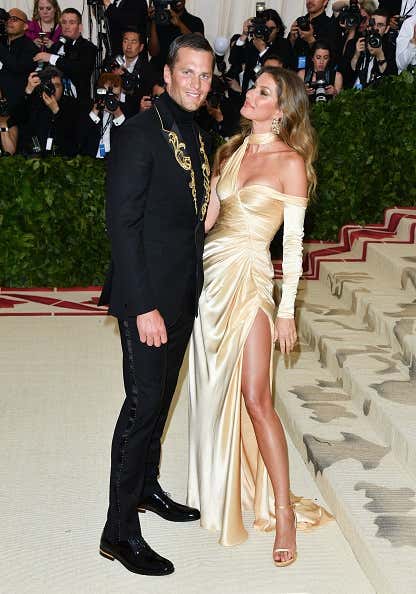 Tom dressed as a cat-stroking Bond supervillain. Gisele positively emitting a shimmering glow like the heavily airbrushed centerfold of a 1990s Playboy, when it’s real life. It’s a testament to their power that this one doesn’t even make the medal stand. 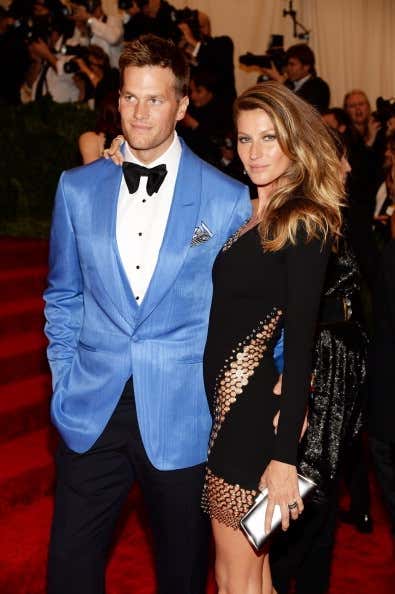 The powder blue tux was officially outlawed by an emergency session of congress the morning after my senior prom. Many decades later, this single handedly brought it back. 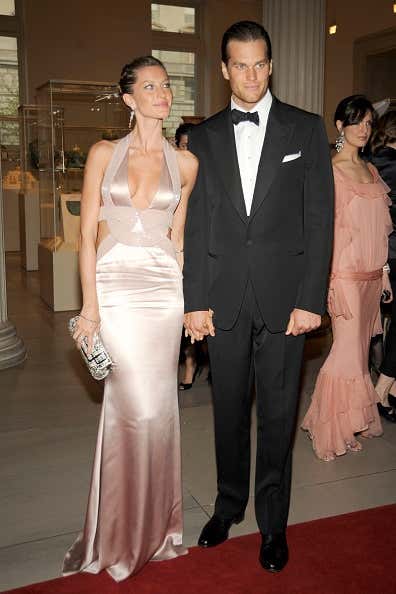 There are moments like this when you can’t believe these two belong to the same genus of Homo sapiens as the rest of us. It’s just easier to explain their existence away by saying they are interdimensional beings sent to our universe so that Gisele’s boobs could inspire our race to be better than we are. No other human couple can look this good, and it isn’t even them at their best. That would be: 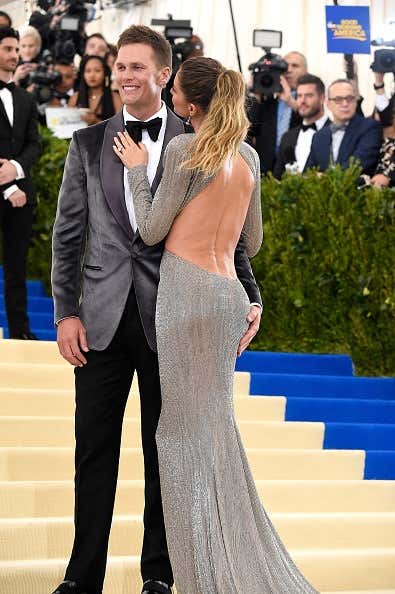 In a word, iconic. In a sentence, I’m going to try to live a sin free life in hopes that in the afterworld, this will be me. And I don’t care which one.