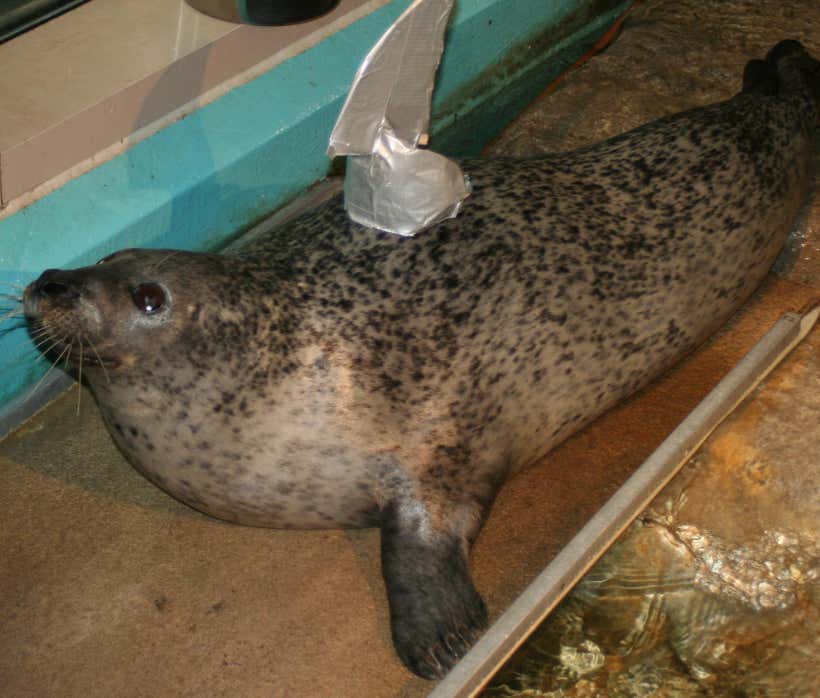 NORWALK, Conn. — A harbor seal that gained some fame by making annual Super Bowl picks usually incorrectly has died at a Connecticut aquarium.

The 35-year-old seal was named Orange and had been at the Maritime Aquarium in Norwalk since 2005. The aquarium said Monday that Orange had been undergoing treatment for cancer.

Orange was the aquarium’s oldest seal. She was found stranded as a pup in 1982 and was rehabilitated at the National Aquarium in Baltimore before moving to Connecticut.

For the past seven years she would predict a Super Bowl winner by swimming to the window of her tank and putting her nose on a picture of the helmet of one of the two competing teams. She was right only twice: the New England Patriots in 2017 and the Philadelphia Eagles in 2018.

Gone, but not forgotten. We always give fame to goldfish or octopus that randomly choose the correct winners of the World Cup or Super Bowl. Well, on the other side of the spectrum was a harbor seal named Orange, who could not pick a game right to save her life (too soon). Harbor had been predicting the Super Bowl for the last seven years and had zero luck.

The real people in America can relate to Orange. None of us can pick winners if our lives depended on it. We’re all suckers like Orange and our brains are easily deceived into picking the losing side based off of funky lines. Here is Orange deciding between the Denver Broncos and the Seattle Seahawks in the 2014 Super Bowl.

Denver is the pick! How’d we do?

It’s like clockwork. A Clockwork Orange some might say. RIP in Peace to Orange the Harbor Seal. You were one of us. We could all be rich if we had just faded my guy Orange. You will be missed.

P.S. The only two times she was right were the 2017 Pats and 2018 Eagles. I think any gambler’s dream is to finish on a roll. Atta girl Orange.