Feel like it’s the god damn RENT song. 19 year, 11 months, 3 days, 9 trillion minutes, that’s how long we’ve been sad. It’s unfathomable that a major city with all 4 major teams could go 2 decades without making it out of the 2nd round. I guess it’s close to 3 and a half major teams because the Nats haven’t been here all that long, but when you factor in how good they’ve been over the last 5 years, they hold their weight.

What’s sick is during that 19 years , 11 months, and 3 days, the Caps have been really, really good for majority of it. They won 4 straight division titles from ’08-11, and then again in ’13. But despite all the regular season success, the Caps have been stuck treading water, never making it to the ECF. Or sometimes worse- we can’t forget about finishing the season with 121 points and the President’s Trophy in ’09-10 only to lose in the first round to the Canadiens. Bad times.

As for the other teams- the Wizards had the Big 3 and then the current team of Wall and Beal and haven’t been able to do it. They looked poised to make an ECF run in 2014-15, and then John Wall broke his hand during the playoffs. Had he not broken his hand, the Wiz don’t lose that Hawks series and everything is different, but alas, DC sports finds a way.

The Nationals, as we know, have only been around since 2005, which has been plenty of time to get really, really good and then not make it to the LCS. Shall we discuss the disaster that was 2012 with the Strasburg shutdown and blown series to St. Louis? Or do we prefer the last 2 seasons game 5 losses to the Dodgers and the Cubs? Bad times, bad times.

And finally, the Redskins. The biggest disaster of all. Two playoff wins in the last 20 years- 1999 and 2005. 4 seasons with a winning record sine the year 2000. And 1 South Park episode mocking how terrible of a franchise they are. Fuck Dan Snyder.

Here’s some perspective showing just how dire it’s been:

Yes having 4 teams inflates us, but 71 seasons is insanity! Boston doesn’t even go 71 days!

But through all that, the Caps have always looked the closest. The previous 2 season of the Caps we were Stanley Cup-worthy teams. Just couldn’t get by the Pens. And then last night, the Band-Aid was ripped off, and it’s all our Southeast Division nemesis Tampa Bay Lightning standing in the way of getting to the Cup. One dumb “curse” was broken last night, so might as well keep the voodoo going. Tampa is really good. Like, really good. But we just saw the Caps shut down Crosby, Malkin, and Kessel. Caps in 6. It’s our year.

BUY A SHIRT AND HAVE IN TIME FOR THE CUP 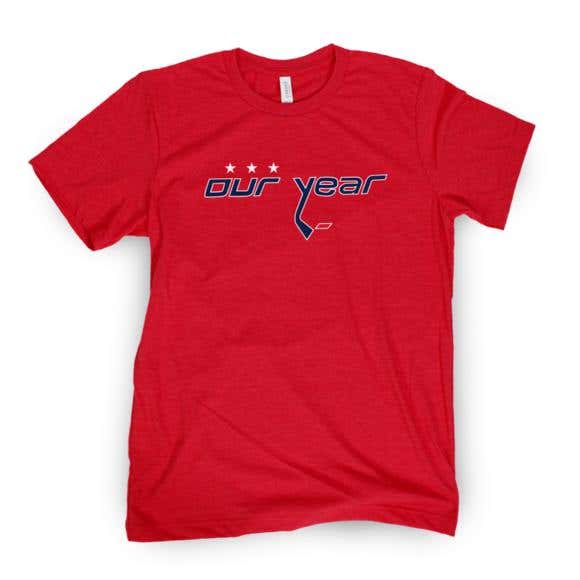 BUY A SHIRT AND HAVE IN TIME FOR THE CUP