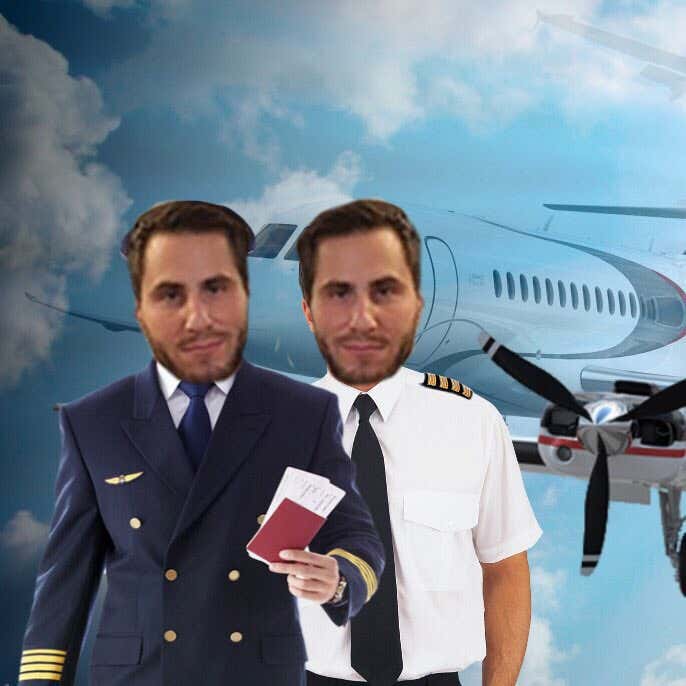 You all may not know this but before I started working at Barstool, I served. I served ginger ale, cranberry juice and basically whatever else was on the cart when I arrived at the plane. I loved my job and the chance to travel the globe. Before I got my job at the plane waitressing factory, I had never left my hometown. I, like many of you, was left to tend the farms after my grandfather passed away during a milking accident in 1973. Fresh unpasteurized chocolate milk… What the hell were they thinking?

Many of the pilots whom I worked for were assholes. They would rant and rave about different topics of the day. They would slap the underside of my tits and holler out, “must be jelly” and leave it at that. They would omit the part of the joke that says, “because jam dont jiggle like that.” The omission would linger at 30 thousand feet like a stale fart in the shower. Stinky. Hurtful. Overwhelming.

One day, I was assigned to work with Capt. Keith “Jitterbug” Markovich. I laughed at the uncharacteristically lighthearted call-sign. Capt Keith was already seated in the cockpit when I arrived to the plane. Nice shoes. JCrew? Cant be. Damn. They are.

“Thirst trap,” he said to me as I walked on the plane.

My tits were in danger.

“Just kidding. I’ll treat you with the respect that you deserve. Rest easy, my first mate. You’re in the hands of the Jitterbug.”

People boarded the plane and laughter filled the air. You see, Jitterbug had taken the PA system and he was playing a hilarious mix of 90s soft rock. As the passengers took their seats, Keith took the mic once more.

“Good morning, high fliers. This is your Captain, Jiggerbug, speaking. We are on track for an on-time arrival. It should be smooth sailing in the sky. The weather outside is perfect for a spring flight. We are at a cool 69 degrees…”

The entire flight screams “NICE” in unison. I, of course, laugh until I pass out. How did they all know what to say? I’m even laughing while I’m unconscious. My eyes close. My heart stops. I’m literally fucking dead.

I dont wake up until I see that Captain Keith Markovich is giving me CPR.

“Hey there, sleepy head. I told you that you were in good hands with the Jitterbug. I had to wake you up before we go-go. Now, secure the doors and let’s go fly this big kite.”

I had never heard of a plane being referred to as a kite. It really is amazing how the same aerodynamics apply to both planes and kites. Incredible.