***THIS BLOG CONTAINS MASSIVE SPOILERS FOR ‘AVENGERS: INFINITY WAR’ AS WELL AS ‘GUARDIANS OF THE GALAXY’ VOLUMES 1 AND 2*** 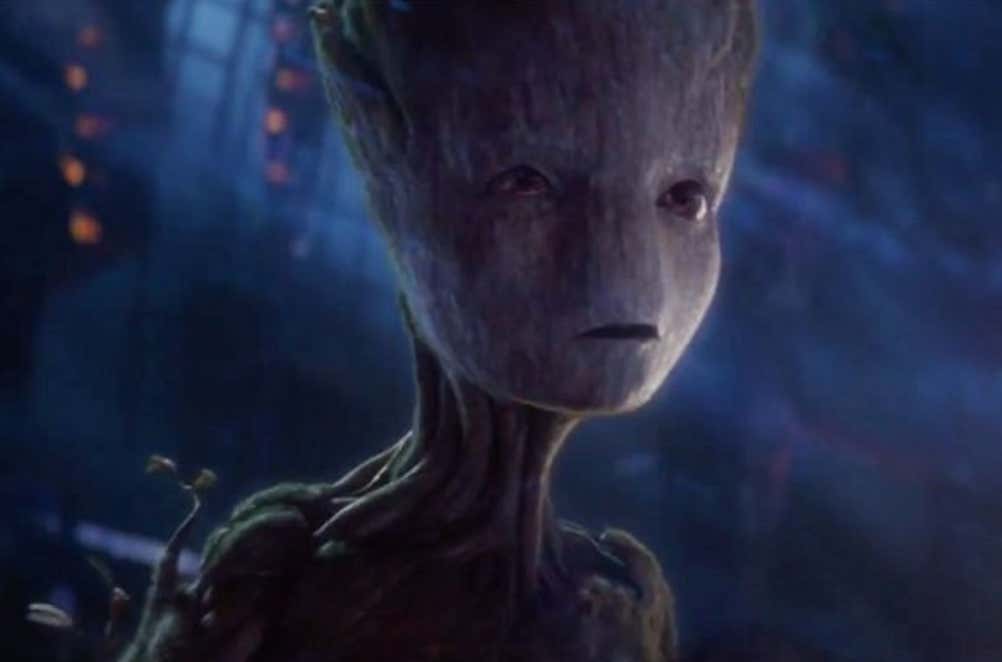 Over the weekend, a fan tweeted ‘Guardians of the Galaxy’ writer/director James Gunn an incredibly depressing question about the end of ‘Avengers: Infinity War’, and he received an appropriately depressing answer in return.

Joe wanted to know what Groot’s final “I am Groot” translated to in his language, which he says to Rocket Raccoon as he’s fading into thin air. Now because it’s a make-pretend language consisting of three words, very similar to Wookiee, James Gunn could’ve said anything here. Could’ve said “Hey this is a death full of peace and purpose, and I feel no pain” or “I’ll see you folks in Avengers 4″ or something like that, but instead, he promptly stuck his fist through Joe’s chest and ripped his heart out Kali-Ma style.

Well isn’t that just the saddest thing I’ve heard since…oh, wait a minute. Since James Gunn revealed that Baby/Teenage Groot is not the Groot from ‘Guardians’ 1, because that Groot’s dead as fuck.

What’s wrong with this guy? Seriously, what’s wrong with him? Is he just fuckin’ with us nerds now, knowing we’ll freak and get all melancholy about reading this? It seems so unnecessary. Does it make for a better story? I mean…maybe? Like, I’m more emotional about the characters because of this now, but if you told me Woody and Buzz died as soon as credits hit on ‘Toy Story 3′ I’d be more emotional about them too. Would rather not know that for the sake of my Zoloft intake though. And don’t act like you didn’t know exactly what you were doing last night, James.